posted on Sep, 6 2013 @ 07:13 AM
link
Health officials investigating a spike in cases of a fatal birth defect in central Washington state say they have found no common cause linking the cases, according to a new report from the Centers for Disease Control and Prevention.

The investigation began last year when a local hospital alerted the state health department to an unusually high number of babies born with a rare birth defect called anencephaly, in which parts of the baby’s brain and skull are missing.
The investigators identified 23 women in a three-county area whose babies had anencephaly between January 2010 and January 2013. The anencephaly rate was more than 8 per 10,000 births, which is four times higher than the national average of one or two cases in every 10,000 births, according to the report.

Researchers looked at possible factors such as family history, pre-pregnancy weight, medication use, smoking, alcohol use and whether the mother’s residence received drinking water from a public or private source. They found no common exposures, conditions or causes among the cases of anencephaly, and no significant differences between healthy pregnancies and anencephalic births. 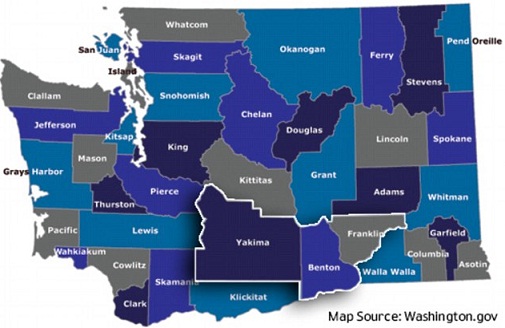 counties of Yakima, Benton and Franklin are reporting higher than average rates of anencephaly.

Why are these so called 'researchers' not considering Hanford Nuclear site to be a factor? Neither of the two articles I read even mention it, see the location of which below- 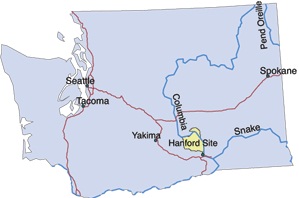 On February 15, 2013, Governor Jay Inslee announced a tank storing radioactive waste at the site is leaking liquids on average of 150 to 300 gallons per year. He stressed that the leak poses no immediate heath risk to the public, but said that fact should not be an excuse for not doing anything.[57] On February 22, 2013, the Governor stated that "6 more tanks at Hanford site" than previously thought were "leaking radioactive waste"

These previous threads also discuss hanford -
The Green Run: Hanford has been intentionally poisoning us for decades
Hanford, WA: Monumental Cleanup at Hanford Nuclear Waste Site
Most hazardous material on planet leaking at US nuclear site.


Absolutely ridiculous, I would be beyond angry and hurt if I lost a child and found out that this was the cause.

posted on Sep, 6 2013 @ 07:31 AM
link
The atomic energy industry is slowly killing us all. I've just ordered a hand-held geiger-counter and will be checking everything I buy at the market.


That's something I never considered doing, good on you

this is the one I ordered--I didn't want to spend too much on one and I wanted on that is small enough to not be conspicuous:
www.dosimetershop.com...