Looks like the U.S. Government is continuing to march forward in establishing its Orwellian-styled intelligence apparatus.

An unmanned Delta 4-Heavy rocket lifted off the pad at California's Vandenberg Air Force Base at 2:03 p.m. ET (11:03 p.m. PT) Wednesday, carrying a classified payload into a polar orbit for the U.S. National Reconnaissance Office.


It's unclear what intelligence the spacecraft, which is known as NROL-65, will collect as it zips around our planet. Because of the clandestine nature of the mission, it entered a planned media blackout about seven minutes after liftoff.

The rocket carried a satellite for the National Reconnaissance Office, which oversees the nation's constellation of intelligence-gathering satellites.

posted on Aug, 31 2013 @ 09:10 AM
link
They could correlate the NSA's collected metadata, location specific and real time, with a super spy satellite's function.
With the incredible resolution of satellite imagery today, they then could track visually any target's location , and surmise its environment. Anytime. Immediately. Anywhere. You.

posted on Aug, 31 2013 @ 09:15 AM
link
Yep just what we needed. More crap to monitor us, because we can't be trusted and need someone else to watch our every move. So sick n tired of all the spy stuff and money wasted on it.

The KH-11 series of reconnaissance satellites, also known by their Byeman code names Kennen (the often reported "Kennan" is likely a misspelling) and Crystal (since 1982), are the first American spy satellites to utilize electro-optical digital imaging, and provide a real-time optical observation capability. They replaced the earlier film-return type satellites of the KH-8 Gambit-3 and KH-9 Hexagon series. The satellites are believed to use a 2.4 m diameter prime mirror, which would proved a theoretical ground resolution of 15 cm. Operational resolution would be worse due to effects of the atmosphere. Reportedly some ELINT equipment is also carried. Prime contractor for the KH-11 satellites is Lockeed (now Lockheed Martin). The KH-11 series transmit their data via relay satellites called Satellite Data System (SDS-1, SDS-2, SDS-3), which operate in Molniya orbits and geostationary orbits. The KH-11 satellites were built in several blocks, each introducing improvements. The optical system remained probably mostly unchanged, while sensors and avionics have been improved. With the advent of the more powerful Titan-4 launch vehicle, the amount of fuel has likely been increased for a longer lifetime.

This is the satellite they launched.


Nahh its no secret. Its just an "Imaging" satellite with 15cm resolution. should be able to id people and vehicles with this bad boy.

Wasn't the public in the process of pointing out how we're really having second thoughts about this whole support for Big Brother thing?? This is kinda like the atomic test coming DURING the Cuban Missile Crisis. (The Dominic test series was in full swing. ) So incredibly incompetent to have done by accident of timing, it HAD to be deliberate by all involved.

So I guess this is how the Intelligence Community gives us the finger with fire coming out the bottom for emphasis.


It all depends on where they want the satellite.

I remember watching the first Delta IV Heavy launch from Cape Canaveral. Boy did that thing cause a rumble.

Not sure which orbit pattern they are using.

posted on Aug, 31 2013 @ 07:53 PM
link
Keyhole spy satellite. Just what we need right. More spying. And more corporate participation in spying. From Nvidia, Sony, Google and the CIA funding arm InQTel. Who will they be looking at?

A article about Google DOD and Keyhole.

Here is one of the projects.

But that one is limited. Now add tags to those people on the ground showing signals such as cell phones and other things that are picked up and add the automatic hacking of those cell signals to show who the cell phone belongs to. Now you are talking real time total information awareness. Pretty cool how they can zoom in on a single person and watch them on live video from anywhere?


I remember watching the first Delta IV Heavy launch from Cape Canaveral. Boy did that thing cause a rumble.


I just happened to be in Cocoa Beach that day and was out driving around. Saw a bunch of people on the road who told me about the launch. I had a point and shoot Nikon E5700 with me and these were the best I could do from the parking lot, which was as close as I could get.

I'd like to be a lot closer some time. Wish I'd had a good camera with me on that trip. 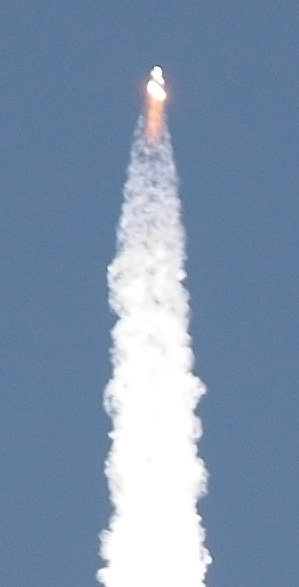 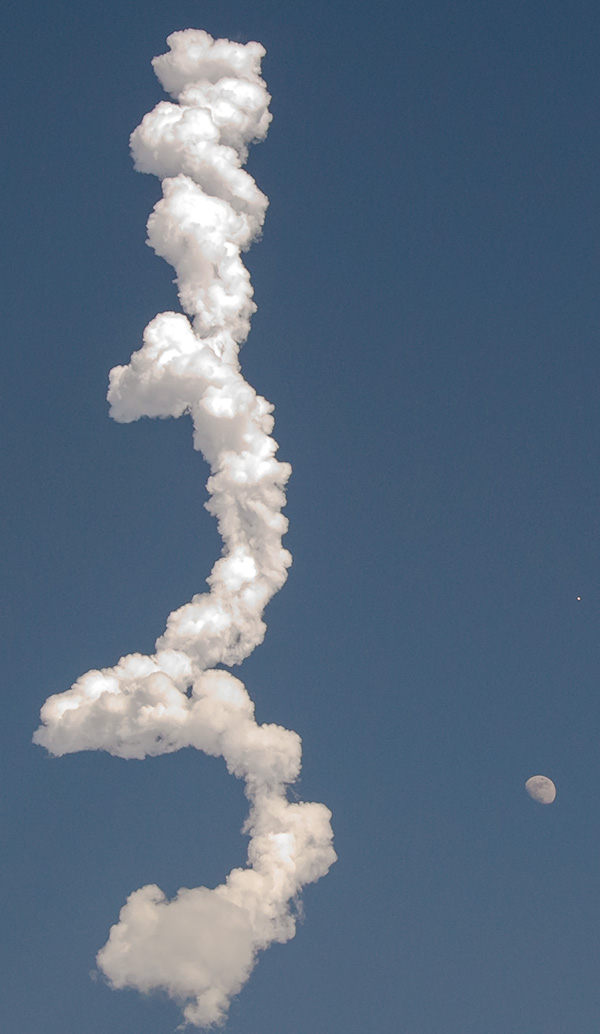 Seems to me that any country who can spy, is spying on everyone else.


Wow you caught a UFO in that last pic.


Or a chase plane.

I'm surprised nobody mentioned the title of the thread is a lie:
"U.S. Top Secret Spy Satellite Launched On Largest Rocket Ever"

By any measure I can think of, the Saturn V rocket used in the Apollo program was much larger. It had a much larger payload capacity to LEO, it was taller, etc.
That said I don't know if there was a larger rocket than the Saturn V, deciding that might depend on how you measured what is larger, height, or payload for example.

I guess the NSA needed to fill up some of that yottabyte storage capacity in bluffdale, Utah. Now they can take pictures of you talking on your phone while they record your phone call.

edit on 31-8-2013 by Arbitrageur because: clarification

Ran out of letters maybe.
Largest ever from Vandenberg?


A satellite in polar orbit will circle the earth while the earth rotates rotates beneath it allowing it to view every part of the earth every 12 hours. They like to launch these to the south from Vandenberg so when parts (lower stages) fall back to earth they will land in the ocean instead of some ones back yard.

Wasn't the public in the process of pointing out how we're really having second thoughts about this whole support for Big Brother thing?? This is kinda like the atomic test coming DURING the Cuban Missile Crisis. (The Dominic test series was in full swing. ) So incredibly incompetent to have done by accident of timing, it HAD to be deliberate by all involved.

So I guess this is how the Intelligence Community gives us the finger with fire coming out the bottom for emphasis.


Black budgets are never broke or disclosed lol... The rest of the govt can shut down but the black projects never stop. Course, we never know what they are either lol.