Microsoft and Google sue US government.

Microsoft and Google sue US government.


Today, the two companies have decided to move forward with litigation against the government, asking the courts to uphold their right to "speak more freely."

posted on Aug, 30 2013 @ 03:31 PM
link
Apparently, Microsoft and Google are not satisfied with the US government's decision to release only the number of requests for private data per year. They want to release more detail about those requests.

I wonder if i will have to destroy my mac in order to show my allegiance to our new overlord's Windows 8 powered attack drones. Sure they crash, but that's why they loaded them with highly volatile explosives.

I have a few friends in Silicon Valley, and the word is, a majority of people working on start ups and tech industry are fleeing the US for greener Pastures overseas. I don't blame them, Ecuador is looking pretty good right about now.

by the way, really hating the new look on the site

posted on Aug, 30 2013 @ 05:10 PM
link
All I can say is, tough, too bad, oh well. The two companies wanted to cooperate and pretend to be "little brother" for the government with their careless behavior with users privacy and all a sudden they want to sue.

Originally posted by EarthCitizen07
I think its welcomed news.

I agree, but I have to wonder what their motives are. What's their plan? I am sure loss in customer confidence was a large factor.


I'm pretty sure they were made an offer they couldn't refuse. It's hard to say no when you have your arm twisted behind your back.

posted on Aug, 30 2013 @ 07:25 PM
link
I wonder when Google will become the first independent country without physical territory

They both have been and continue to cooperate with Watchington spying.

They make it all look like they are the ones being victimized !!!

WE are the victims !! 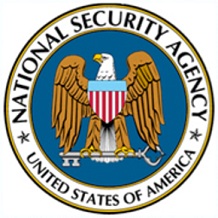 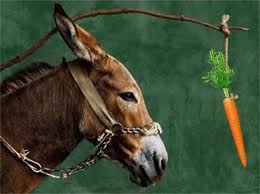 
I'm pretty sure they were made an offer they couldn't refuse. It's hard to say no when you have your arm twisted behind your back.


For sure they aren't doing this for the good of their customers, but who would make them do this? Who benefits from them suing the government?


I guess we, the taxpayers, will be giving them billions more of our hard earned tax dollars.


To me, its obvious this is why they are suing. They cooperate with the government, give out our private info and such, then they turn around and Sue the "government" which will give them a whole lot more money (actually us taxpayers will be giving them a bunch of money after screwing us)

Originally posted by EarthCitizen07
I think its welcomed news.


Sounds more like they don't want to receive shares of the blowback. The world (America) knows what's going on.. and they want to point fingers... They don't want fingers pointed at them. They are probably just looking to lift gag orders so they can blame it on the .gov, but, as we saw with smaller organizations, some didn't give in. Some simply closed up shop.

Now, if Google or MSoft did that in protest, the world would have a massive brown projectile shoot out under its legs. Something would have to be done. Wall street would be in shambles. If they really wanted to protest, they would have done that.

i.e. "Sorry, but due to government involvement in our affairs, and our inability to stop what is happening, we must cease doing business in the next thirty days and shut down total operations."

They didn't do that though, they were complicit, word is getting out, and they want to be able to point the finger back to cover their ass now.


If MS & Google win the lawsuit, guess what, money awarded to these two giants will come out of the taxpayer's pockets...best NOT to support this action at all....the court system alone will cost the US a few million dollars alone...again, out of the tax payer's pocket!


I dont necessarily disagree with you, but at the same time it brings more negative attention to the government which deserves it imho.
edit on 31/8/13 by EarthCitizen07 because: (no reason given)

posted on Sep, 1 2013 @ 12:32 AM
link
It seems like these two companies want to exact request for exact customer data publish. Not just request for metadata published. That is a good thing for these companies to fight for; right?

Yet, I am unsure of the motivation behind this move. Is this a case of two companies worried about user confidence for privacy? Are they worried about a lose of profit due to a large lose of user confidence? Google is involved in several areas of the net in which they almost no serious competitor so I don`t think they are spurred by profit concerns. Microsoft on the other hand does have reason to worry about people turning away from them thus resulting in a large lose of profit. Microsoft is attempting to compete directly with Apple; which is a large task to take on.

Maybe it is simply general fear for their bottom line and survival. They want to look like the good guys and paint Apple as the bad guys.


so essentially they are suing us... just effin great.