Mars Rover Opportunity - Is this a hair or a fungal hyphae?

posted on Aug, 28 2013 @ 09:29 PM
link
This is an image I have found in one of the Opportunity Microscopic Imager photos.
To me, it looks like a hair or a hyphae of a fungus. (fungus root-like structures)

This section is taken from the first link below. It is saved as a png because that is what my screen capture program does. I have given the originals which are JPG format below as links. 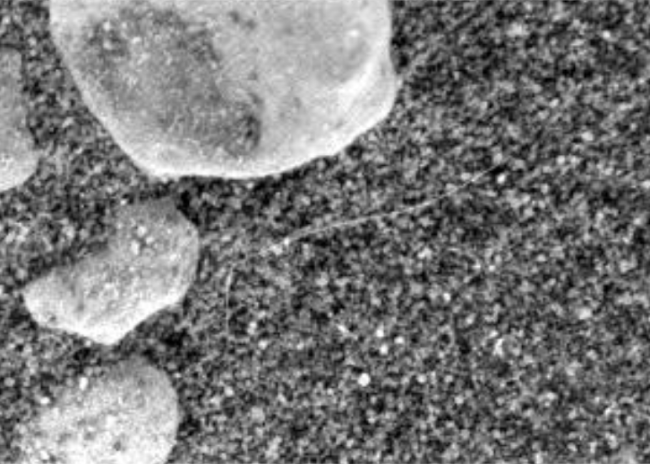 
Maybe its a worm!

Its definitely not a lens artefact, or pixelation, because it seems to flow through the material.

posted on Aug, 28 2013 @ 11:39 PM
link
Total agree here as to the object's weirdness. I would tend to go with nano-debris - the likes of which seems to be scattered all over the place. I'm not sold on the fungal theory, even though there are some that do actually thrive, I believe in high radiation environs. Read about them some time back... blowed if I can't recall where.

Close inspection shows that these 'nano' objects seems to be semi-transparent when accumulated together and are obvious because their seemingly diffuse reflection leads to a higher luminosity of the object. It is highly interesting that these semi-transparent objects of interest do not reflect light evenly - luminescent detection depends upon the angle of view/light source. Thus, they are perhaps 'non-Lambertian' in nature. Contradictions in their behaviour seem to abound.

Theory suggests that these objects are of exotic material that when exposed to a certain frequency or excitation (Dielectric dispersion?) can display certain responsive behaviours, ranging from total transparency (i.e. invisibility/zero reflection) to appearing as a solid object with high reflectivity. What we see left on Mars, lying on the surface, appear to be in their natural state.

It sure looks like a hair and it's something on the ground, as the focusing affects it in the same way as it affects the ground on the several photos that show it.

Are these the only photos that show it? If we have at least one photo from a slightly different angle we can get a 3D image.

posted on Aug, 29 2013 @ 09:44 AM
link
ArMaP -
Yes, there are 3 more from a different angle but the depth of focus is not good, so I dont know if we can get any better understanding on what we have here. Personally I suspect it is either a hyphae or something else... I posted another example in one of the other recent threads I started. It had arrows pointing at it where it went over a small stone and down the side of it. I do think there is more to these photos than people suspect.


Those images are from the same angle, no 3D possible.

posted on Aug, 29 2013 @ 06:22 PM
link
There are no more as far as I can tell. I have searched for MI images for site 03 and thats it, that's all I can find. There are plenty of others around that Sol area for different locations, but no more for that one. If you want to check it out enter the following into the search criteria boxes

a) Microscopic Imager in the list box of cameras
b) select radio button for Opportunity
c) 12 Feb 2004 14:52 as the start date

Other website searches may be able to find other ones. I hope so.
We might find another 'hair' or 'hyphae' though if we keep looking.

I thought the last 3 links were from a different angle. Certainly it looks that way, and the picture 'jumps' if you load the different images up in separate browser tabs and toggle between them all.

qmantoo
I thought the last 3 links were from a different angle. Certainly it looks that way, and the picture 'jumps' if you load the different images up in separate browser tabs and toggle between them all.


It's just different magnifying, the position is the same.

I will look for other photos, but I doubt I can find any you haven't already found.

My only concern is, that the image which best relates the continuity of the 'hyphae' (for lack of a better word) structure, also happens to be the one where the depth of field (focus) is not optimal. The other images where it seems to not be as visible, also indicate clearer focal image of the surrounding colluvium.

posted on Aug, 29 2013 @ 09:41 PM
link
I believe that NASA uses a stacking system for MI images which is why they take a number but in different focus settings. This allows them to have a composite with a greater depth of field than any one of the images themselves.

I can see I am going to have to investigate stacking software and 3D software techniques.

Originally posted by qmantoo
I believe that NASA uses a stacking system for MI images which is why they take a number but in different focus settings. This allows them to have a composite with a greater depth of field than any one of the images themselves.

I can see I am going to have to investigate stacking software and 3D software techniques.

That actually makes total sense as the images did seem to methodically progress in depth of field.

posted on Aug, 31 2013 @ 08:52 AM
link
The hiar like object is interesting-but so is the almost perfectly spherical rock(?) at the lower left hand side.

posted on Aug, 31 2013 @ 02:46 PM
link
Bumping this story, as it seems quite interesting and more people may want to comment or add data. Thanks for the thread!

posted on Sep, 1 2013 @ 04:29 AM
link
Some minerals (collectively known as asbestos) exist as very thin fibres. It could have come from one of those: hyperphysics.phy-astr.gsu.edu...

Asbestos on Mars! The little Martians are better be careful. 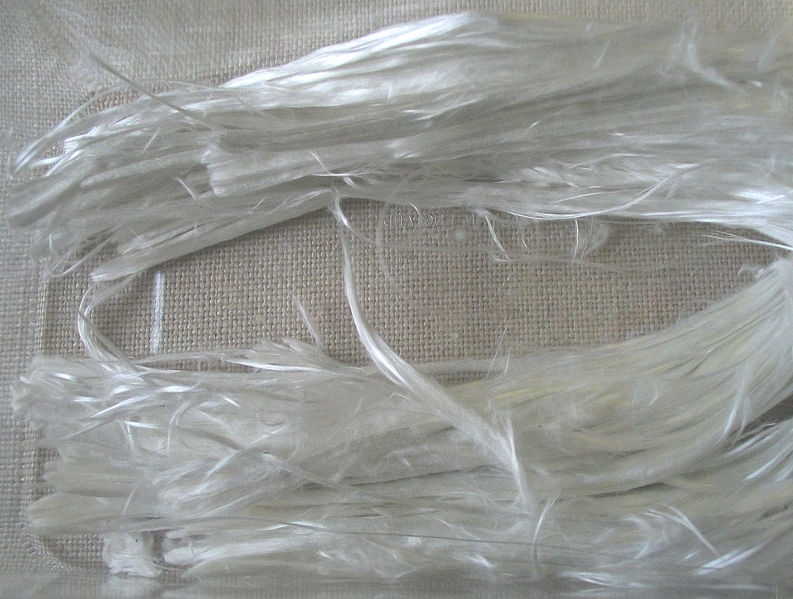 
It doesn't look like one of those, it looks more like a hair or an artificial fibre, with a constant width and no ramifications (that I can see).

posted on Sep, 1 2013 @ 10:07 PM
link
Also, I have not seen any examples of asbestos mineral fibres in their natural setting on Mars. Of course, this is not necessary for us to have seen these previously for it to be the source of this long thin thing in this image, but it lends more weight to the suggestion.

So far we have images in other places which may show hyphae, fruiting bodies, a stalk on its own, collapsed/collapsing spore pods, spores, stalk + fruiting body. The evidence is building...