I’ve listened to an interview of him on YouTube and also accessed some writings by him on websites. He says that our electricity is associated with the speed of light, but that what we could have instead is power captured from what he calls superlight, which he believes travels at the speed of light squared. He calls this power we could harness from superlight magnetricity.

He says that Philip S Callahan reported detecting magnetic monopoles in 1984, and that Callahan has not received the recognition he deserves. Unfortunately, I heard him also say that Callahan has “lost his marbles” at this point in time, but seriously, he speaks very highly of Callahan’s work and its extreme importance. Here is Callahan’s bio on Amazon for his book Paramagnetism: Rediscovering Nature's Secret Force of Growth:

Dr. Philip S. Callahan is a philosopher as well as a top-grade scientist. An internationally famous entomologist and ornithologist, he has been responsible for breakthrough discoveries in both areas.

He is also an explorer who has walked across mainland China and the Syrian Desert, observing the intricate ways of man and nature wherever he went.

He entered the U.S. Army Air Force in 1942, and served two years in the European Theater of Operations during World War II. Hiking around the world after he war, he worked as a freelance photographer and writer. Later, he attended Fordham University and received his B.A. and M.S. degrees from the University of Arkansas and his Ph.D. from Kansas State University. He served as assistant professor of the Entomology Department at Louisiana State University and later joined the U.S. Department of Agriculture, Southern Grain Insects Research Laboratory as Project Leader for Insect Biophysics. He was also Professor of Entomology on the graduate faculty of the University of Georgia. In 1969 he transferred to USDA Insect Attractant and Behavior Laboratory at Gainesville, Florida. Callahan served as a full professor on the graduate faculty of the University of Florida, and on the staff of The Olive W. Garvey Center for the Improvement of Human Functioning, Inc. as an infrared systems and low energy consultant.

His research involved the utilization of nonlinear far infrared radiation by biological systems and its applications to insect control and medicine. He has developed theories of insect communication based on the waveguide characteristics of insect spines and has postulated that such spines are thermoelectret-coated dielectric waveguide aerials with the ability to receive short wavelength IR and microwave frequencies. His work in biophysics might best be called studies in insect molecular bioelectronics.

He is the author of more than 100 scientific papers and numerous books, including: My Search for Traces of God; A Walk in the Sun; Nature's Silent Music; Ancient Mysteries, Modern Visions; and Tuning in to Nature.

Milewski is trying to organize an institute to do the research and development for his idea. Here's the video:

Mary Rose
He says that our electricity is associated with the speed of light, but that what we could have instead is power captured from what he calls superlight, which he believes travels at the speed of light squared.

I'm reading Lone Pine Writings: A Common Language for Electrical Engineering by Eric P. Dollard, published by A&P Electronic Media in 2013. A passage I just read reminded me of Milewski's thought about the speed of light squared. It is under the section "Energy Defined in Terms of Electrical Engineering":

Is that what he is saying?


While I can understand (somewhat) the attraction to oddball ideas, what's the point? What real world influence or effect does any of this....stuff...that you are so fond of have?

posted on Oct, 18 2013 @ 06:02 AM
link
From a 6 page .pdf file by Milewski "Superlight, a Dynamic Aether, Explains Pushing Gravity and Inertia, and Says No Neutrinos, Gluons, or Dark Matter":

posted on Oct, 27 2013 @ 07:22 AM
link
Maybe there is a relationship between Milewski's idea and the work of Jon DePew, which is based on the work of Ed Leedskalnin, who wrote Magnetic Current. 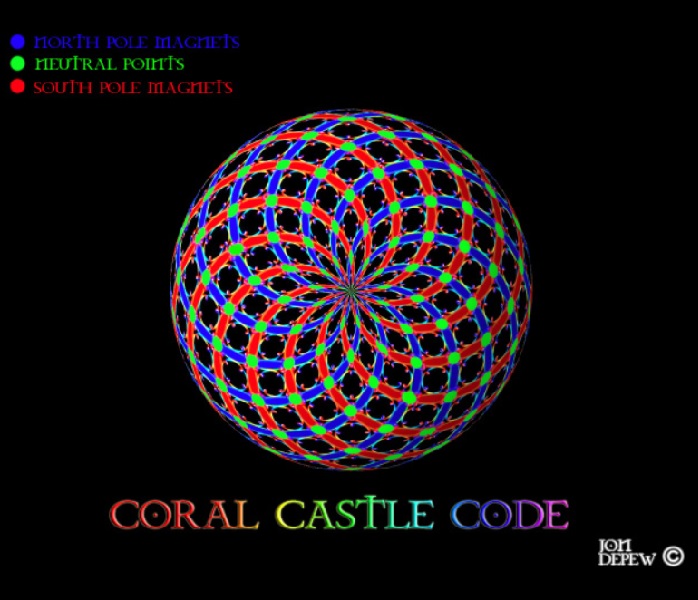