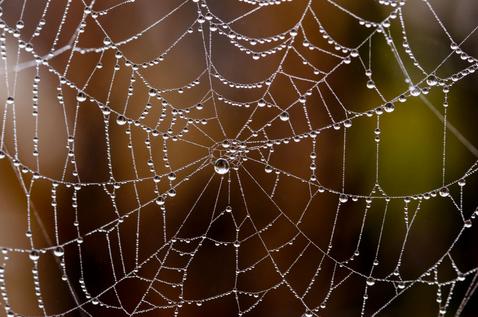 When I was a lad I kept hearing about how useful spider silk will be in the future. It was supposed to be stronger than any man-made material and have numerous applications. In all the time between then and now, I don’t recall ever hearing on the news or reading in the paper how spider silk is changing the world. I only have myself to blame for not reading enough science journals and magazines. Allow me to rectify.

First of all, remember this guy? 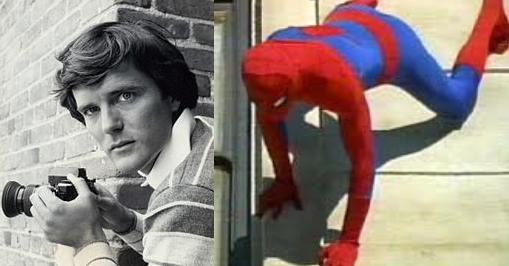 Stan Lee developed this character with only a scant understanding of contemporary science, but usually centered his fiction tales around the theme of “science gone wrong!”

However, this isn’t the case. Spider silk tech isn’t something new. It has been a valuable, natural resource for generations.


Humans have been making use of spider silk for thousands of years. The ancient Greeks used cobwebs to stop wounds from bleeding and the Aborigines used silk as fishing lines for small fish. ..and people of the Solomon Islands still use silk as fish nets.


Naturally, when my grade school teacher once gave us a lecture on the applications of spider-silk, I thought that one day I would be web-slinging to class in the morning. We haven’t gotten there yet, but here’s what spider silk research and development actually looks like.

Obviously spiders need to spin the stuff, and besides silkworms, they are the only creatures capable of producing this sophisticated composite of fibrous proteins.


Most spiders have multiple silk glands, which secrete different types of silk material optimized for different purposes. By winding different silk varieties together in varying proportions, spiders can form a wide range of fiber material. Spiders can also vary fiber consistency by adjusting the spigots to form smaller or larger strands.

Spider silk is incredibly strong and flexible. Some varieties are five times as strong as an equal mass of steel and twice as strong as an equal mass of Kevlar. This has attracted the attention of scientists in a number of fields, but up until recently, humans haven't been able to get much out of this natural resource. It's simply too hard to extract silk from spiders, and each spider has only a small amount of it.


Synthesizing the silk that spiders do is a complex chemical process that scientists haven’t quite been able to reproduce. Not to worry! Perhaps some of these modified silk worms will faithfully produce what we need.


The problem is that spiders tend to be murderous and cannibalistic toward each other—they’re not exactly what you might call farm-friendly animals. That makes spider silk difficult to mass produce, and harvesting it from the wild can take years.

"With our new silkworms, we’re going to be able to change that completely," Lewis says. He’s part of a team that recently used worms to create spider silk.


The silk fibers produced by these animals were composite materials that included chimeric silkworm/spider silk proteins integrated in an extremely stable manner.


Other companies are taking a different route with spider-goats. 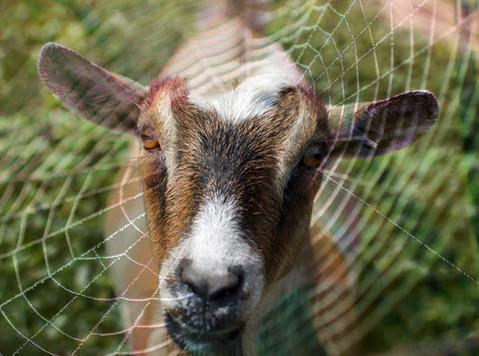 Researchers from the University of Wyoming have developed a way to incorporate spiders' silk-spinning genes into goats, allowing the researchers to harvest the silk protein from the goats’ milk for a variety of applications.


Silk producing plants are also on the drawing board.

Okay, so we have a substitute for the silk that spiders have been weaving for over 100 million years. (indianapublicmedia.org...)

We’re on the cusp of being able to mass-produce the material. But what are the potential applications?


But why stop at fortifying skin when you can provide a matrix for growing and repairing it too? There appear to be numerous medical applications. 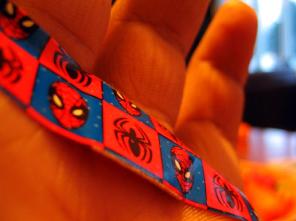 The silk’s strength, flexibility, and biodegradability may make it a nearly ideal matrix for growing skin and healing wounds, the researchers said


spider silk appears to aid in the regeneration of other tissues, such as neurons and blood vessels. Some types of spider silk may even have antimicrobial properties, which could help wounds to heal faster.


And I thought Spider-man was full of bunk when he would make web-cushions.


Some companies have expressed interest in creating airbags from spider-silk composites, Lewis says. "Instead of blasting you back in your seat, a spider-silk airbag could envelope you in the same way a web does, and the silk could absorb the force."


With its strength surpassing steel and Kevlar, it also has its industrial applications. It is also a biodegradable and non-polluting material which makes it even more desirable to utilize.

Gene splicing? Silk producing goats? Human skin that puts Kevlar to shame? Stan Lee himself would be proud with this sci-fi story come true! Spider silk technology is on the way!

Addendum: One of my mates has brought this TED talk video about silk to my attention. It's a perfect complement to this thread
www.ted.com...

posted on Aug, 21 2013 @ 04:35 AM
link
Silly thought crossed my mind - imagine a space probe made of spider webbing travelling through space and found by human-type aliens, they would be terrified of us and imagine us as having 8 legs and go-knows what, irritatingly stupid I know, but that's my mood today!

posted on Aug, 21 2013 @ 05:10 PM
link
I had bought stock into this company, a bio Tec firm out of Canadian, it was promising but they never made any money for some reason and the stock sank, they split the company up into three sub company's and have not regained their original idea of the spider silk thread, I guess there were other benefits for the Military something to do with Bio warfare prevention, a bi product of the goat/ spider milk, I will look it up again and let you all know.
edit on 21-8-2013 by 19KTankCommander because: (no reason given)