posted on Aug, 10 2013 @ 11:52 PM
link
I have been wanting to post about this for a while. It has always been believed that the more natural resources a country has the more prosperous it will be, assuming that the people know how to develop/exploit them. From this it follows that to make your country prosperous you should have enough people to exploit the resources and export them, but not too large of a population because then your people will be using the resources instead of exporting them for money.

So, recognizing this straight-forward logic, the modern corporate philosophy of high business and high population density seems illogical. I think that greed and laziness have ruined our peoples' abilities to make good decisions.

Sure quick growth brings quick profits, but in the long run it's unsustainable. Just look at Detroit, or the great recession we just came out of. Big populations mean big business, but also huge costs that people just conveniently overlook. Detroit was a huge center of the auto business and huge employer for decades. Now that businesses have decided to move to greener pastures, like the west, Detroit has been left for dead. I think this will happen to most of America eventually if we don't change our society.


You are dead right in what you say. The below image says it all - for one person to reach the top, he needs approx 10 people below him or her. Big wealth also means mind blowing poverty for the masses and exacerbates the problem further. 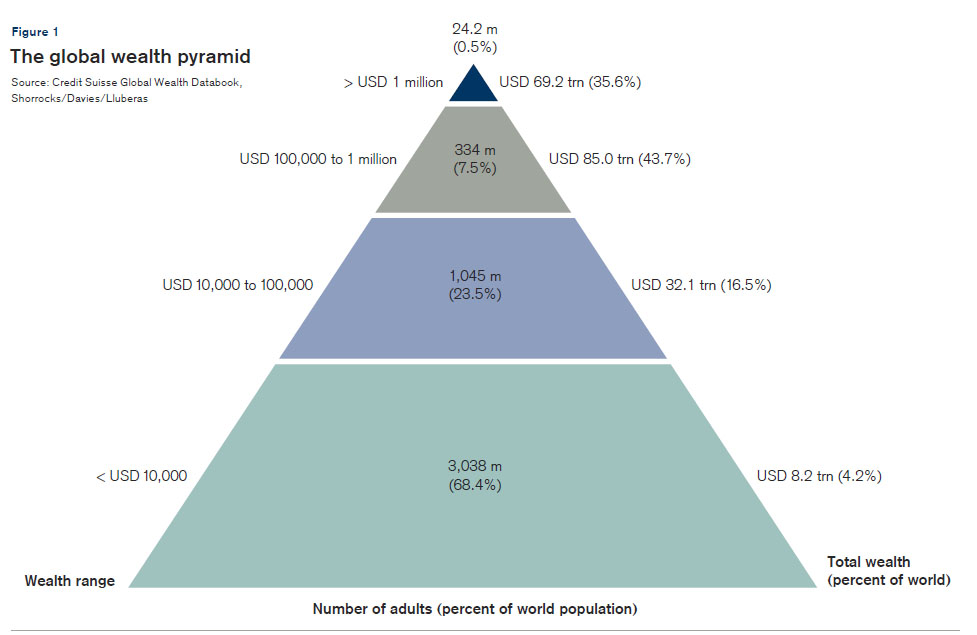 
Interesting to say the least.

So, what's the solution to this confusing dilemma ?

posted on Aug, 11 2013 @ 01:25 PM
link
My solution is to stop population growth by limiting immigration and quit paying for teenagers to have babies (pregnancy medicaid).

Unfortunately big business runs our country and they will never go against growth because they always want more customers, no matter how much it ruins life for everyone else (slums, crime, job competition, pollution, traffic, etc).

My solution is to stop population growth by limiting immigration and quit paying for teenagers to have babies (pregnancy medicaid).

Immigration limits are in place.

'Illegal' immigration seems to be the problem.

What limits should we place on 'Illegal' immigration ?
Or a better question, should we increase enforcement ?

How do we identify which 'payments' for teenagers to have babies are causing the problem ?

Who is funding those 'payments' ?