Originally posted by superman2012
Like the article says, he is the boss, if he decided to "leak" the information, it is, by his virtue, authorized.

The president is not above the law. I have scanned Title 28 [linked below] and don't see anything exempting the president from adhering to the laws Congress passes. What other laws are the president exempt from?

posted on Aug, 10 2013 @ 12:46 PM
link
As for the quote in the ABC News article attributed to attorney Peter Zeidenberg, he is a supporter of Barack Obama who donated to his campaign in 2008 and helped prosecute Bush Administration official Scooter Libby. I don't think it's too much of a stretch to conclude he's going to give an opinion favorable to a politician he supports.

posted on Aug, 10 2013 @ 01:01 PM
link
Probably!! That guy is like standing underneath an elephants foot that has to sneeze. You just can't trust him.

Seems every single day I am looking at threads where y'all are pathetically trying to stretch ANYTHING into an impeachable offense.

So, the birther thing didn't pan out, you couldn't keep Obama out of office via lawsuits, so now it's "Let's impeach him for everything we imagine he does!"

I shall dub thee "Impeachers" threads and I shall laugh mightily as this president finishes out his second term despite your impotent hate rage against him. HA HA!

posted on Aug, 10 2013 @ 01:10 PM
link
Nope... you missed an extremely important point entirely. The WORDING of the law one would expect to be followed to the letter.

"..MAY disclose..." and "MAY be punishable". Not WILL be, SHOULD be punishable...but only COULD be. And for sure that boils down to WONT be.

posted on Aug, 10 2013 @ 01:20 PM
link
Slightly off topic, but I remember Mr Nixon being impeached for having just ONE bug in place to 'listen in'. Correct me if I'm wrong, but isn't Mr Obama listening to just about everybody in the world?
Rainbows
Jane


Except Obama has a secret court that has signed warrants for the NSA spying deal. It's complete and total crap but somehow it's legal.


Nixon's reluctance to comply with a Congressional subpoena to turn over his tapes was why impeachment proceedings were begun. The charge was "obstruction of justice".

posted on Aug, 10 2013 @ 02:26 PM
link
Is not the story somebody leaked the info on grand jury to WSJ even though Obama leaked it 3 days later or do we have refer back to a Rep. to answer a simple yes or no ?

posted on Aug, 10 2013 @ 02:45 PM
link
I love the enthusiasm and all but if Obama's loose and sloppy leadership in regard to how Benghazi turned out with State's "efficient handling" isn't enough to get something done? A technical violation like what is in the OP here, doesn't stand a chance.

Aside from that, who has the realistic power to go after a President in a law enforcement role? Err.. Uhh... Yeah... 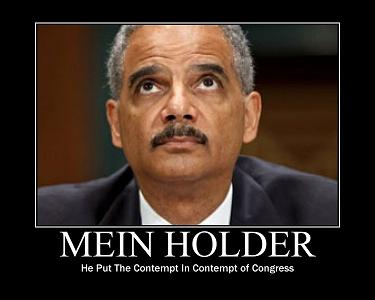 ....and never forget, he did it with the cover of executive privilege when the hounds got close to taking a bite of his butt. Privilege which I believe could be rescinded if Obama so chose to. That act bought Obama his very own Attorney General like a new White House pet....and ended any hope of Obama being investigated at a level which matters

There is one exception for where Obama could be prosecuted. We could rely upon those Patriots we all know and trust in the US Congress. 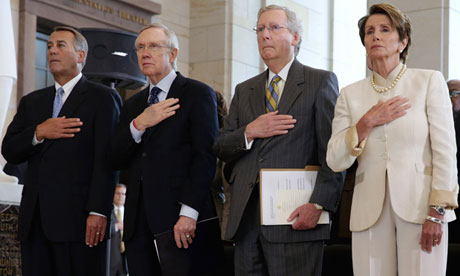 Hmmm... Naww... I didn't figure much hope there either.


Originally posted by superman2012
Like the article says, he is the boss, if he decided to "leak" the information, it is, by his virtue, authorized.

The president is not above the law. I have scanned Title 28 [linked below] and don't see anything exempting the president from adhering to the laws Congress passes. What other laws are the president exempt from?

In fact, though, the president is effectively immune from breaking the law when it comes to a sealed indictment, according to a former prosecutor in the Justice Department's Public Integrity Section "The [president], by virtue of his position, can't violate any non-disclosure/confidentiality rule," said Peter Zeidenberg, now in private practice in Washington. "One of the perks of being the head of the executive branch: Nothing he says is technically a leak. If he does it, it is authorized."

Like I said, he is the boss. If the boss of a corporation wanted to let people know what their margins were on the product they were selling, he could. I doubt the shareholders would like that information out though.

I'm not for this POTUS or against, although I do believe he is more of a joke than Bush part deux, but this is about the law, not what is right or wrong.