This is NOT the Aircraft Carrier you are looking for...

posted on Aug, 6 2013 @ 11:36 AM
link
Japan has unveiled its newest...ahem..."warship", it is most definitely NOT an aircraft carrier.
really it's not, you can trust us! why would we lie? have we ever lied before?
(Fukushima, cough cough). 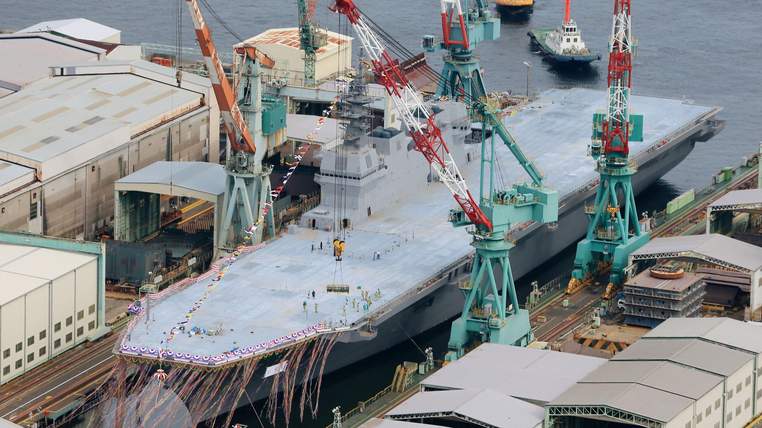 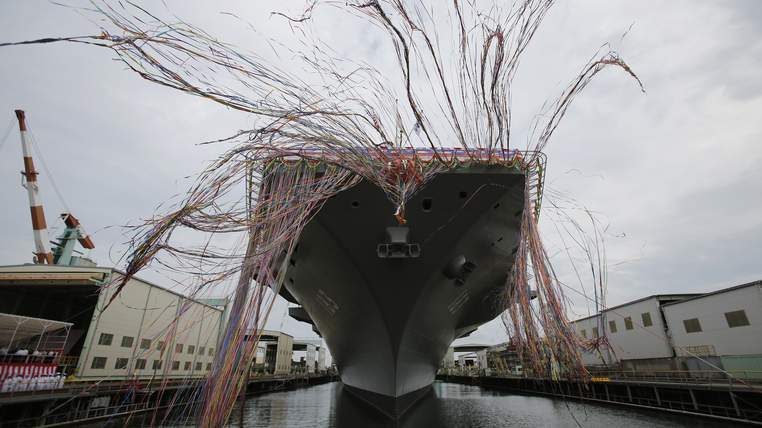 
What are Japanese at the highest levels thinking when Taro Aso, the finance minister, reminds his right-wing audience of the rise of Adolf Hitler and the “quiet transition” in those dark days of German history to Nazi rule? What does all that have to do with the economy, and why was Aso, a former prime minister, veering so far from his responsibilities for the economic program of “Abenomics” on behalf of Prime Minister Shinzo Abe? Pouring fuel onto the flames, Aso lamented the “noisy attention” surrounding visits to the Yasukuni shrine in Tokyo honoring and mourning Japanese war dead including war criminals. Rather, he advised, “do it quietly” – as if Japanese leaders could surreptitiously sneak in and out of the shrine without attracting the notice of the media and provoking angry responses from China and South Korea.

They do say it is not an Aircraft Carrier. But rather a seaborne helicopter platform.

Last I checked, a helicopter is a rotery winged aircraft.

So, yeppers Japan, it is an aircraft carrier.
edit on 6-8-2013 by TDawgRex because: Just a ETA

posted on Aug, 6 2013 @ 11:51 AM
link
Wonder if the money would have been spent better off somewhere else... ya know like a power plant with a melting core. How about we tunnel under, drop concrete and put a 1 mile wide wall in between it and the ocean. I don't care what it takes.

Originally posted by TDawgRex
reply to post by Thunderheart


So, yeppers Japan, it is an aircraft carrier

Originally posted by Antipathy17
Wonder if the money would have been spent better off somewhere else... ya know like a power plant with a melting core. How about we tunnel under, drop concrete and put a 1 mile wide wall in between it and the ocean. I don't care what it takes.

I would have to Agree

posted on Aug, 6 2013 @ 12:01 PM
link
The British navy couldn't get political approval for it's new aircraft carriers in the 1970's (Invincible class), so it re-designated them as "Through Deck Command Cruisers", a designation far more creative than that of the Japanese Navy today.

Get some F-35's ordered for it, or better still some Rafale-M's

A launch ceremony for the 250-meter-long Izumo was held on Tuesday at a dockyard in Yokohama.

The ship has a full-load displacement of 19,500 tons and can carry up to 14 helicopters. Its deck is shaped like that of an aircraft carrier and can accommodate 5 helicopters landing or taking off at the same time.

The Izumo was built for about 1.2 billion dollars and is expected to be deployed by March 2015.

The destroyer is aimed at better responding to various contingencies in waters near Japan.

Pointing out that the ship is not to be used by fighter jets, Defense Ministry officials say it is not an attack aircraft carrier, which the government says would be incompatible with its nonaggressive defense policy.

The ministry plans to build another destroyer of the same type.

Everyone needs one of these puppies, two actually if you can afford.


They started building it 2009 and the tsunami disaster happened 2011, how are they going to get the money back, stop building it and sell it for scrap?


The link states that Japan will be using it as a helicopter platform, with upto 14 on deck at a time. 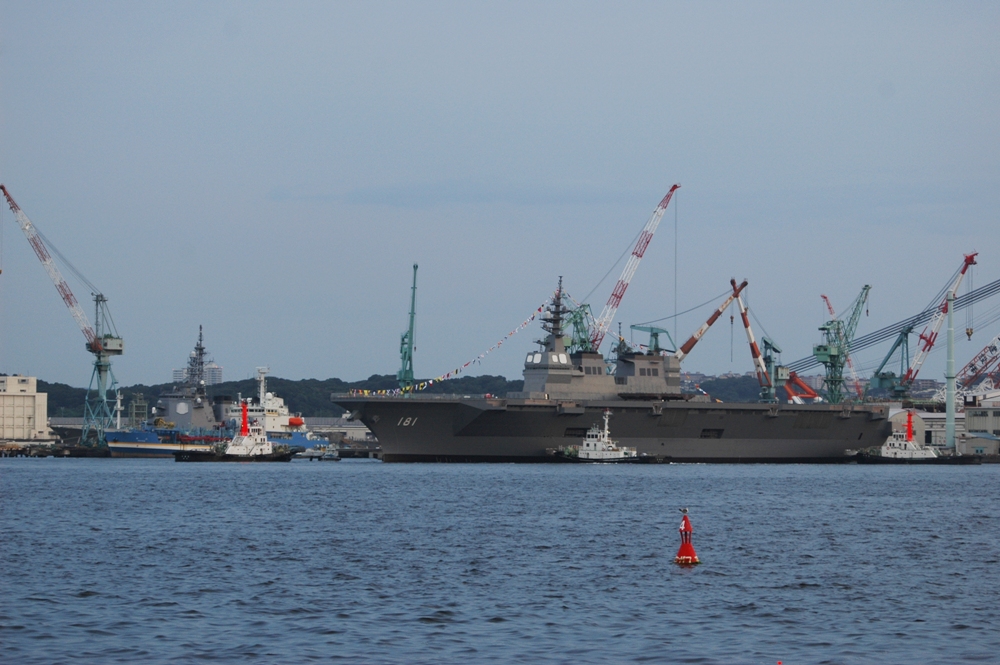 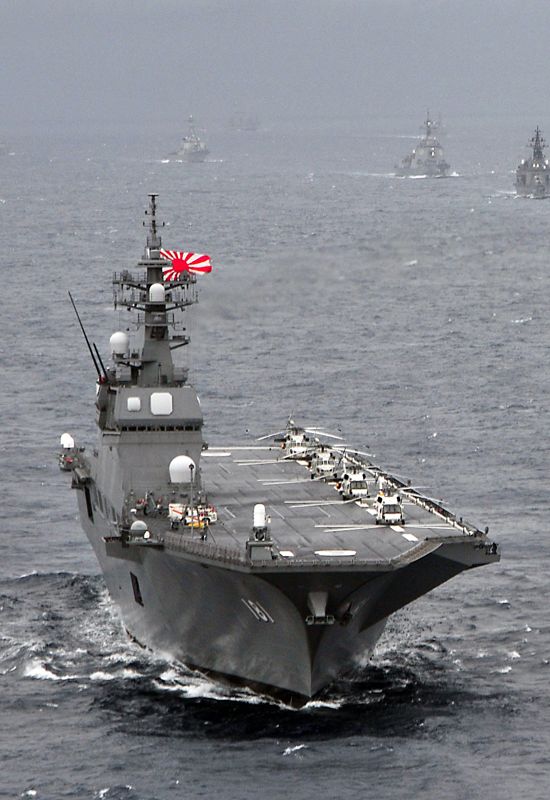 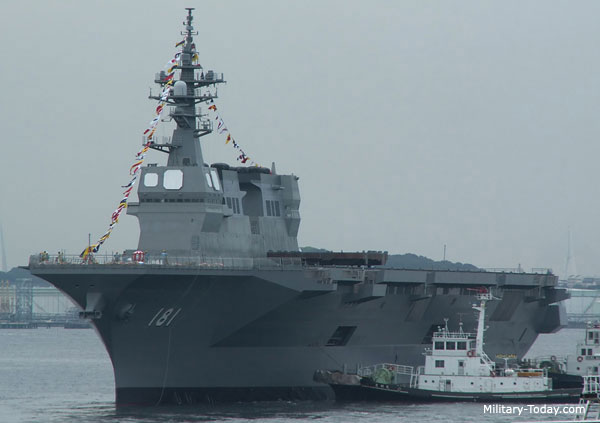 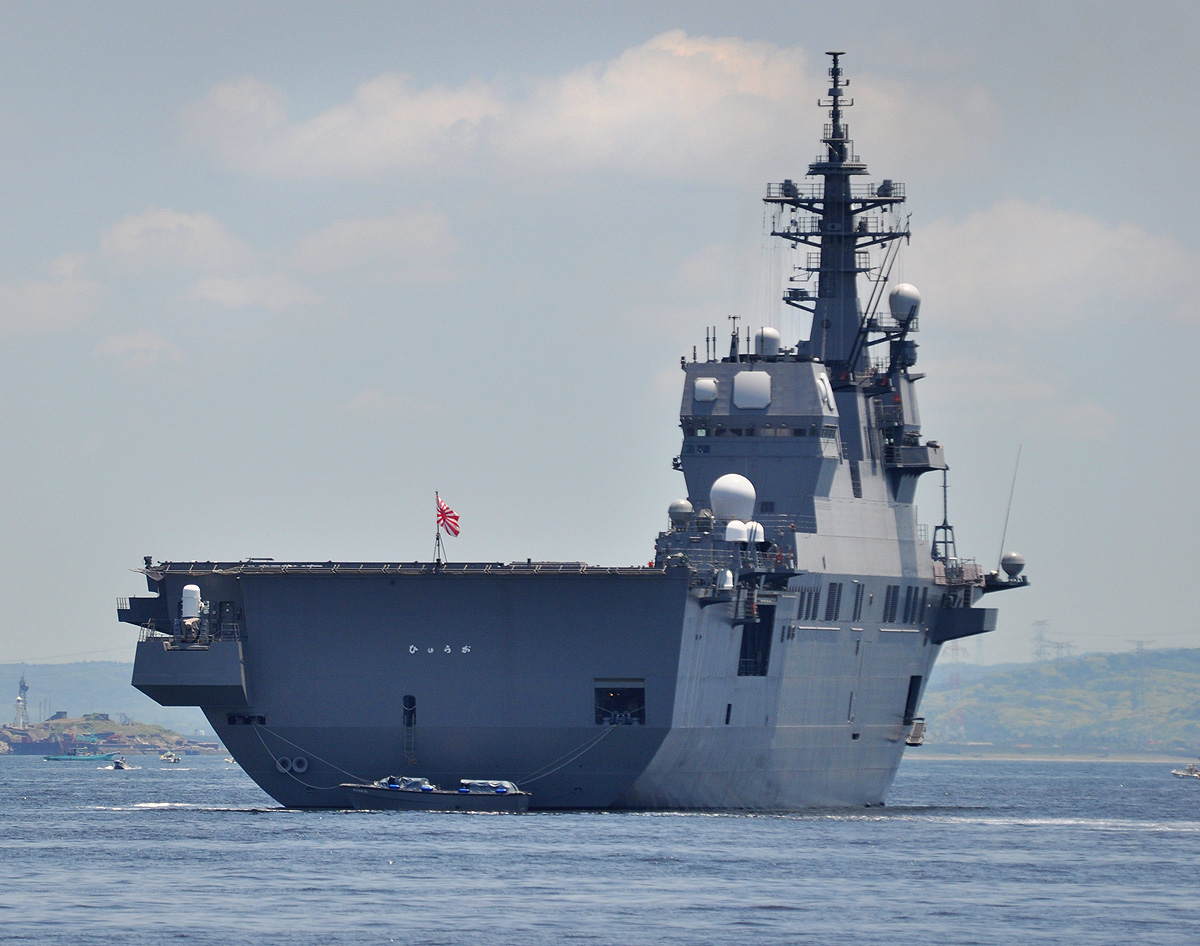 posted on Aug, 6 2013 @ 12:38 PM
link
It's a very limited aircraft carrier. Certainly not a match for a Nimitz class
1 side elevator. and maybe 1 elevator midship.
No ramp or catapults.

It's limited to helicopters or vtol craft. Not really an attack carrier. Doesnt need to be does it?


I think its "not a match" in a way its to be used, its not nearly as large either.

This is mostly for defense, anti sub and humanitarian aid/disaster support - The monsterous Minitz is a large attack platform
edit on 6-8-2013 by Biigs because: (no reason given)

posted on Aug, 6 2013 @ 01:20 PM
link
Of the 6 carriers used to attack Pearl Harbor, 3 had a smaller displacement than this new Japanese carrier. So I don't buy into the "not an attack carrier" argument (sorry lol), this is a warship and it's best features can all be exploited by it's commanders for either defense or attack.

I wonder sometimes whether the West trains it's commanders nowadays to be aggressive & to take the war to the enemy ... it's been so long since a major naval war I wonder if 70 years of peacekeeping haven't maybe blunted our tactics a bit. But that's just me speculating, I might well be talking crapola.

Originally posted by LeBombDiggity
I might well be talking crapola.

Japan are the USA Allies and have no reason or will what so ever to start Pacific war version II.

Let them have there aircraft carries. Maybe if they can pick up some of the defence slack in the area the USA can back off abit and cut its military spending abit.