posted on Aug, 5 2013 @ 02:38 PM
link
This story really rubs me the wrong way. The whole WTC site and project is run through from top to bottom and side to side with greed and utter, naked attempt at corruption for every level. This is no exception but HOW blatant this was is just unbelievable.

MANHATTAN (CN) - The leaseholder of the World Trade Center complex destroyed in the Sept. 11, 2001 terrorist attacks can't cash in twice on his losses, a federal judge explained a month after rejecting the developer's bid to recover billions from the two airlines whose planes were used in the attacks.
Insurers paid World Trade Center Properties and its owner, Larry Silverstein, $4.6 billion for his losses related to site.

4.6 Billion. Paid. Signed, sealed and delivered to the man. keep that number in mind.

The judge said that before the attacks, Silverstein had a leaseholder interest in the main WTC site worth $2.8 billion. A business interruption insurance contract compensated plaintiffs with rental payments that no longer would be paid while the buildings were being replaced and filled with tenants.

2.8 Billion is his level of interest at the time it all happened. So.... Isn't that already putting him ahead?? It would be by my math. Heck, I can be generous in my thoughts and we'll just call that all even, as it's already been paid anyway. So...along comes G R E E D.

Silverstein won a 99-year lease from the Port Authority of New York and New Jersey on the WTC complex just six weeks before the attacks. Silverstein recently lost a bid to recover more than $3.5 billion from American Airlines and United Airlines when Hellerstein tossed his $8 billion lawsuit against the airlines on July 18.

8 BILLION dollar lawsuit?! This is AFTER he's been paid his losses by insurance. He has the nerve to attempt to become a multi-billionaire off this whole thing by the court system? I'm not sure what to feel aside from the obvious outrage. The guy's got nerve. I'll say that.

I do have a question tho... People have gone to prison for years over FEMA disaster fraud for mere thousands of dollars. Plenty in the scope of a disaster but pennies compared to this. Literal pocket change. This guy attempts to scam the system for BILLIONS in a "legal" pay above his own level of loss (and the article goes on to detail more he was trying for) and it's JUST a "Denied" decision? How isn't the whole lawsuit taken as bad faith and outright attempt to defraud??

I suppose our legal system doesn't look at and classify filings that way, even when it's so obvious that a child could see it for what it is. However, perhaps that should be a reform to our system that is seriously considered. After all, everyone losing property has a right to collect their losses as their insurance and recovery contracts dictate. 9/11 added much to that in relief funds and more. NO ONE has the right to PROFIT of the deaths of thousands of people. Much less profit by billions.

Beat you to it... about three weeks ago

World Trade Center owners lose 9/11 compensation bid
edit on 5-8-2013 by OtherSideOfTheCoin because: (no reason given)

posted on Aug, 5 2013 @ 03:10 PM
link
Rab, Silverstein tried before to have each attack on the WTC, paid out as two incidents, I think he lost that one, unless this a rehash of that. To be sure he is a greedy old fecker. I hope he made a contribution to all those in the clean-up whose lungs will be full of all kinds of crap.
edit on 5-8-2013 by smurfy because: Text.

you do realize he didn't actually fork out 3.2 billion in a lump sum payment?
his total expense may've been only a leveraged few hundredk

a pic for those unfamiliar with this douche 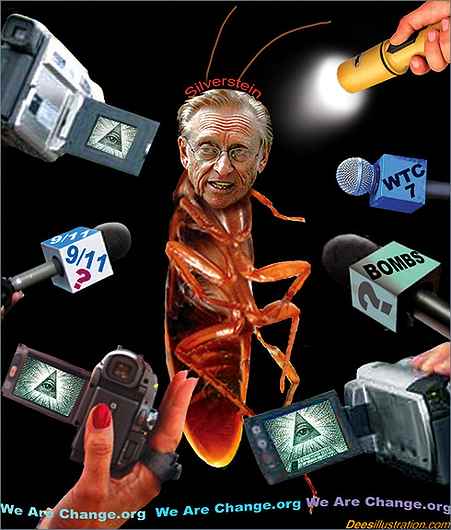 Actually, yes, this article is a continuation of that by how I read it. At least it does mention how he had tried to soak the Insurance companies just like you say. In trying to get multiple "incidents" declared for the same morning's attacks, he looked to take far more from insurance than they would even talk about. He lost that, and this lawsuit is what followed. Strike out with insurance? Sue the airlines... The man is a roach, like Magus says.

* No 'read the source' implied here..lol I know Courthouse News articles can be very unfriendly in how they space and format them for the sheer length they usually run.

Beat you to it... about three weeks ago

World Trade Center owners lose 9/11 compensation bid
edit on 5-8-2013 by OtherSideOfTheCoin because: (no reason given)

Oh No! Bad Courthouse News.. Bad bad. tsk tsk. They gave todays date on this and they usually report on a 'as it's happened' basis. My bad for not searching more thoroughly before posting.


Y'um still on course Rab, Same subject only different. But here's the thing, like I said LS is a greedy old fecker but, he is using the courts, the legal system to pursue the claims and hasn't got it all his way, so far then the law is working in a even playing field fashion.