A driver plowed into random people at LA boardwalk

LOS ANGELES (TheBlaze/AP) — Authorities say at least a dozen people were injured, two of them critically, when a car drove into people walking along a crowded Venice Beach boardwalk in Los Angeles Saturday.

The driver either left on foot or another source is saying the car hasn't been found. It was a white male who was driving the car.

But according to KABC-TV, the car has not been located, said LAPD Cmdr. Andy Smith. It is described as a dark-colored Dodge Charger or Avenger. The driver is described as a white male in his mid 20s with sandy blonde hair, KABC added.

I would post more news when it comes in because the Blaze updated that the reports about the suspect escaping on foot. I would have to look for more information in the meantime.
Source

posted on Aug, 4 2013 @ 01:27 AM
link
One of the injured has died tonight and a suspect is in custody. What a crazy event. I wonder if they caught the right person and if so why did this terrible event happen?

One of the victims has died, Los Angeles police say

In the game I always found it entertaining to try to get out the national guard by running over pedestrians and see how long I could survive, it's a bit of a challenge and in the third version upwards I could not seem to get the guard called.

In real life though that is quite something else entirely. It's kinda sad that someone might endanger themselves and others to act out a video game simulation.

However that's just speculation on my part. There are some very bad drivers in California. I'm surprised it hasn't happened before.


The two articles mentioned an elderly driver accidentally hit pedestrians. However, this is different because it seems it was intentional by the driver. As mentioned in the articles.


Well that's confusing as you posted that some suspected the driver was in his twenties. But the driver is dead right? Anyways, I had seen this earlier and a photo from above and looked quite gruesome like something from Gta.

However if the driver was elderly I suppose it could be a number of different things.

For instance my grand dad was a World War II vet and he had wondered off sometimes and get completely lost. One time he asked me if I was his father. The next day he found me sleeping in the guest bed and it invoked some WWII memories I think. It was strange.

Eta I forgot to mention he has alsheimers
edit on 4-8-2013 by txinfidel because: (no reason given)


No, the suspect is not dead. But he was under arrest as mentioned in the CNN article. I mentioned the elderly driver accident because I wanted to explain the differences from that accident to this bad incident which happened on purpose.


There saying he drove purposefully at this point whatever that means so until they catch the guy it's anyone's guess.

But in a crowd and an event like that I find it strange this person may have gotten away and there are not more accounts and descriptions of the vehicle and what happened.

Oh I'm sorry they caught him but have not released anything yet. I guess we'll just have to wait and see.
edit on 4-8-2013 by txinfidel because: (no reason given)

posted on Aug, 5 2013 @ 06:57 PM
link
Living here I haven't been able to escape the news of this, crazy indeed. The man, 38 year old Nathan Campbell, appeared on video acting suspicious just moments before getting into his car and just driving onto the boardwalk and into these people. He then flees the scene on foot and turned himself in an hour later to Santa Monica police. The buzz around here is he was homeless living in his car, and maybe mentally ill, and decided 3 hots and a cot in jail was better than sleeping in his car. Sadly he didn't need to take a life to go to jail, but he will be there a very long time now. That poor man losing his wife on their honeymoon, 2 weeks after marriage and days before leaving this area for an exotic island for the second leg of their honeymoon. He will be returning home to Italy alone, that is the greatest tragedy in all this, life lost that didn't need to be.
edit on 8/5/2013 by TheCrimsonGhost because: (no reason given)


pic of the alleged perp: 
What does the type of car you drive have to do with being homeless? I knew a guy homeless here in Los Angeles sleeping in a Mercedes, so I have to disagree, that beat up dodge is not a snazzy car. They 're saying he possibility moved here from out of state and basically couldn't get a job and ended up homeless. You can argue his car value all you want, I'm telling you what the local news has been reporting on AM radio all day.
edit on 8/5/2013 by TheCrimsonGhost because: (no reason given)

In this day and age of remote-controlled vehicle technology, how can we assume this guy committed the act voluntarily? 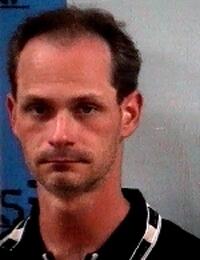 
The driver is described as a white male in his mid 20s with sandy blonde hair, KABC added.

www.thehimalayantimes.com...
Witnesses described the driver as a white man in his mid-20s with sandy blond hair, and the detained suspect fit that description, said Los Angeles Police Lieutenant Andy Neiman.

losangeles.cbslocal.com...
In an abundance of caution, the LAPD’s Counter-Terrorism Unit also responded to the scene.

Terrorism? Who said anything about terrorism?

www.presstelegram.com...
However, Gomez said she was frustrated by the amount of time it took for police officers, some of whom had been there just an hour before to tell them to quiet their music down, to arrive after the incident.
"A lot of vendors that had the experience yesterday are asking the question where was the police because it took an enormous amount of time for them to respond," Gomez said.

Did they want the driver to get away?

www.latimes.com...
Daniel Jenkins, 19,... said he saw the vehicle hit a woman who sells turtles and a man who appeared to be homeless. "All the turtles flew everywhere"

posted on Aug, 6 2013 @ 10:38 AM
link
They are calling him a "transient from Colorado" now. I don't get what we are debating here... someone obviously drove the car through the crowd... it's been proven many times that people remember facts incorrectly most of the time. And with a baseball cap on this guy could look like he is in his 20s, but with him running away I'm guessing people didn't get a real clear look. If it wasn't him why would he turn himself in saying he was? Or is this some conspiracy and this poor fella is just the patsy? I don't get why you are pointing out the turtles either... have you ever been to Venice beach? That witness statement about sums the place up; homeless people, lady selling turtles, mannequins and dude works at the medical marijuana doctor there. It's a very colorful place.
edit on 8/6/2013 by TheCrimsonGhost because: (no reason given)

posted on Aug, 6 2013 @ 03:03 PM
link
ktla.com...
Campbell has a long history of homelessness, petty crime and substance abuse, according to authorities.

How does a person with a "long history of homelessness" get the money to buy a $10,000 car? (He bought the car in Littleton, Colo a month previous.)

posted on Aug, 6 2013 @ 03:22 PM
link
Maybe he has generous family members who were trying to help him get back on his feet, most of the cars I have owned in my life came from family... but who knows... is that really enough to call conspiracy? As I said before I have known people down on their luck homeless and living out of much more expensive cars, it's not unheard of. I'm just not seeing where you're going with this.. he is on video committing the crime.