Well if it wasn’t obvious already, we now know that the media will be working to help elect Hillary Clinton. A new example of liberal media bias has come out today regarding their blatant obsession with the Democrats.

All Hail the Chief

This is true after all NBC is the station that 'got' the current Potus elected, and has been carrying his water for 5 years.

Apart from a new biopic set to be released in the middle of the campaign season, it was announced Saturday that NBC has purchased the rights to a four-hour miniseries about the former first lady starring Diane Lane.

Yes I can't wait for the like 'How totally awesome Hillary Clinton is' campaign ad for 2016.

Wonder if Hillary's greatest hit's will be included?

Oh I know they gotta groom the next reality tv star for her new job as Potus ! !

That 'phony scandal' should have taken her out of the running oh and this:

posted on Jul, 29 2013 @ 12:13 AM
link
Considering who she married (poor decision) and stayed married to (refusing to admit her mistake) that alone disqualifies her for POTUS.

But I have to admit I can't decide if she would be an improvement over the current idiot or not.

Originally posted by Carreau
Considering who she married (poor decision) and stayed married to (refusing to admit her mistake) that alone disqualifies her for POTUS.

But I have to admit I can't decide if she would be an improvement over the current idiot or not.

That says it all right there, and it is a disqualifier she put her marriage over this country her political career.


She freaks me out with her stone cold personality You think we're having it tough with BO, this woman would enslave us.

I hope this time around we'll have some well qualified corrupt candidates. (Sarcasm)

posted on Jul, 29 2013 @ 12:24 AM
link
I see a Hillary Clinton run is already causing a stir among our right leaning members here... with what? 3 years till the next election cycle? She's doing a good job already. As for the Hillary Clinton miniseries, yep definitely ganna watch that! Diane Lane will apparently be playing her.


"What difference does it make"?

I wonder how she would feel if someone said that if her daughter was killed, no one came to help, no one was charged with her murder, and she was lied to. And almost a year later someone gave a snark answer of "What difference does it make?"

Once again we would be screwed as a nation and stuck between two horrible candidates.

None of the above anyone?

posted on Jul, 29 2013 @ 12:27 AM
link
Hillary husband-shopped during her college years for someone who wanted to be President, helped him get elected and was planning on taking over his post when his eight years were up. He sabotaged her with that human humidor Monica, embarrassed her repeatedly and utterly in front of the entire world, and for a followup, also sabotaged her bid for the Presidency against Obama. Read Game Change for info on that big debacle.

Seems she underestimated the public's disgust with the whole 'dynasty' thing after first the Kennedys, then the disaster that were 12 years in all of the Bushes.

I have no opinion on her job as Secretary of State because who knows what would have happened with someone else in that post, but the Clintons had their chance.

When is she going to admit to being gay, that Bill was out hitting on everything in sight because he got dang little at home (just enough for show and to cement the union with one kid) and own up to her personal reality? A little honesty would be nice for a change instead of that fake smile she's always giving off. She's too old for the Presidency in any event now, in 2016 she'll be 68; it's the hardest job in the world, and sorry but I don't know that many cogent 72 year olds; she had her chance and she blew it with Bill's help. Time to retire Hillary, and try to do it with a tiny bit of gracefulness.


They're going to put her in = and none of us even have to bother showing up to the voting booth.

I guess they'll try to make a show of it - with Christie and Clinton --- Lose/Lose for amerika.

posted on Jul, 29 2013 @ 12:37 AM
link
Mods, we need Neo banned with a swiftness. He is trying to to make the membership have the following reaction: 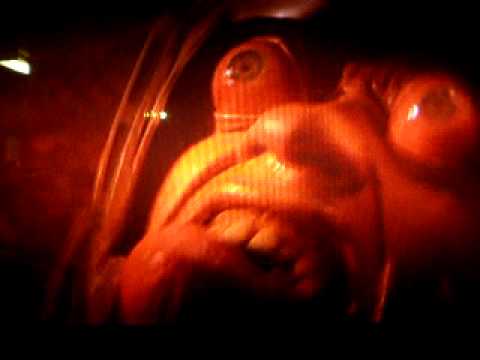 posted on Jul, 29 2013 @ 01:37 AM
link
how quickly people forget about how deep billary was involved in hill's presidency,and how deep all the corruption ran.

here are just a few, chinagate, filegate, the suicide er.. murder of vince foster, who was a partner of her's in the rose law firm.

there's a long list of dead people that had connections to the clintons. they are the last people that we need back in the white house.

posted on Jul, 29 2013 @ 06:05 AM
link
A bigger problem with Hillary being President would be the Cabinet 'selections' and 'appointments'.

If you think we have loonies now, just wait.

BUT .... "What difference does it make"? ... that'll dog her.
And she has tons of baggage. The Clinton corruption machine will be fully engaged.

I'm betting it'll be Hillary vs Christie.
That's why I'll be voting Libertarian again .. (IF I vote).


I'm busy that night, I mean I would love to catch that miniseries but I think I have the schedule full with changing the kitty litter and taking a nap. Darn it.

Originally posted by sylent6
I will shoot myself if she becomes president and if she does, that's the nail in the coffin for the u.s.
edit on 29-7-2013 by sylent6 because: spelling

Originally posted by Metallicus
Can you imagine 2016 with Hilary Clinton Vs. Chris Christie?

Once again we would be screwed as a nation and stuck between two horrible candidates.

None of the above anyone?

Chris Christie has no chance of being nominated. The GOP base knows he isn't a Conservative.

Originally posted by NOTurTypical
Chris Christie has no chance of being nominated.


I hope you are correct. But .... who else do they have?
He's their guy. It's pretty clear he's the one being pushed.

Rubio has a chief of staff who worked for Soros.
Rick Perry had an awful run last time. He looked silly.
Santoro is a nice guy but he just hasn't got 'it'.
Jindal? Maybe. But his early endorsement of Perry last time didn't look good.
Guiliani? Qualified. Capable. But he bombed when he tried to run. His own fault.