I think I'm one of them!

Many think archons are evil beings, but if they could understand the sword(words) in the stone was double edged, they might just think that they are a archon too!

The sword in the stone was Excalibur. He who removed it became king!

(the owl cracks me up)


Ex:
Away from. without. from, but not graduating with.

Caliber:
the diameter of a circular section. degree of capacity or competence; ability.

The removal of feminine energy by word magic.

[Archon is a Greek word that means "ruler" or "lord," frequently used as the title of a specific public office.]

[The title of megas archon ("grand archon") is also attested, as a translation of foreign titles such as "grand prince". In the mid-13th century, it was established as a special court rank, held by the highest-ranking official of the emperor's company]

[Archon Basileus  a Greek title, meaning 'king magistrate': the term is derived from the words archon "magistrate" and basileus "king" or "sovereign".]

[An Archon is the highest ranking member of a Dark Eldar Kabal. They are considered the single most powerful, ruthless, and cunning member of their Kabal, due to the fact that if there existed anyone who held greater ability in these aspects, they would no doubt kill their Archon and claim their title.]

I mentioned I caught a female archon in my last thread.

We get on well extremely well now, I charmed the dreads off her and now she wanted to Marry me, the trouble was i was already spoken for..... Trice! She understood, and so did the other three, now we are all happy together.

she stays out the way mostly....

posted on Jul, 17 2013 @ 06:18 PM
link
excalibur is an Anglicisation of the old celtic names of the matching swords of prydain and eire.

arthurian mythology is far deeper and more intricate than disneys the sword in the stone.

the sword in the stone was also not excalibur. later, merlin gave arthur excalibur when they retrieved it from the lady of avalon. while the blade was fine and would never brake, the scabbard, arthur was told. while he wore the scabbard he shall not die.

only by the deception of another did he give up the scabbard, and was mortally wounded.


Thanks for adding that, I was coming with a merlin thread soon, and you just made the link I was looking for.

The sword in the stone were the original words before the deception, and ex-caliber.

I uploaded this picture waiting for a idea to bring in into my series of threads to pop into my head, thanks for that correction. Much apreciated. 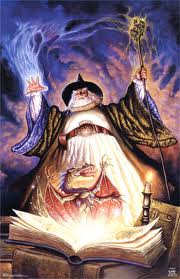 
I found his hat, I want to give It back. 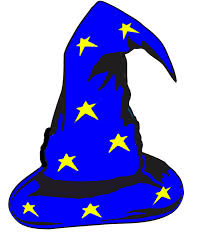 
Sweet deal. So if she is a judge, can she help you with parking tickets and whatnot? Or does she preside over other things like child custody hearings or maybe civil cases like judge Judy? I have a friend who's an archon/judge but he works in family court, and I've never been married OR had kids so its not8 like he can do me any favors on that marijuana possession ticket I had to pay lol I hope all the archons you meet will be placed in positions to help you the most wait, did you say you are one too?