WHY does this keep happening?!?!?

posted on Jul, 3 2013 @ 01:40 PM
link
In the past week theres been two children die of heat exhaustion from being left in a car in the crushing summer heat...

DO people not realise children can't handle that kind of heat?

I just heard this morning that another "lady" left three children in her car whilst she was in home depot...

Luckily the police were called and the children are ok... shes being charged...

Why are people this stupid? Don't they know a car is just like an oven?

You could cook an egg on the dashboard on a hot day!!


WAKE THE HELL UP PEOPLE!!!

IF you want to cook your children.... Just stick them in the oven at home....

At least then you can season to taste....

posted on Jul, 3 2013 @ 01:50 PM
link
A sad, but true fact is people dont't ever think things like that will happen to them. Everyone thinks their special and can't believe when their stupidity and delusions of grandeur cause things like this.


The many deaths they've seen on the news over countless years doesn't ring a bell to people for some reason.
Can't fix stupid. My heart goes out to the children.

Hot or not, kids shouldn't be left in the car!

Some people should really have to take a test proving there competence in raising a child. Poor childre probably suffered a slow horrible death....


When you get a chance.... I'd like you to take a moment and read over this:

This report is a bit dated, but it's gotten worse, if anything. It sure had in the 4 years following it's publication to the time I left the road.

Now...Kids being left in cars should have the people who do it, left in prison. Period. No exception except for the amount of time they get left there on circumstances to what actually happened.

The link above is how this is forced, by law, on anyone who drives a truck ...and many have both children and pets with them. It doesn't matter if you're in Maricopa County Arizona, or Oneida, New York or Los Angeles California. If the local ordinance says no idling, they mean YOU in the truck, too. Living ..in that truck. No "home" to leave to and get our of the hot, shut off vehicle ...that gets JUST as hot, JUST as fast as any car does. More so, depending on colors and locations, of course. 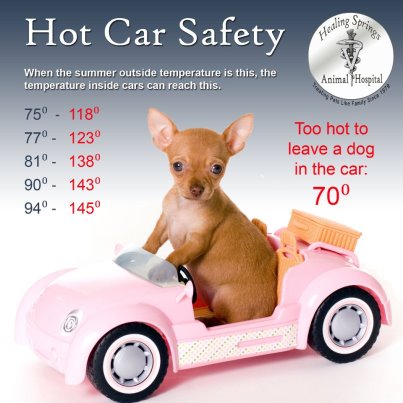 That poor little guy stands to show what air temp does inside a vehicle vs. outside temp even on a "cool day". Go figure how the absolute obsession with air quality leads to the forced mandate, by law, to shut off the home a few million drivers w/ some families LIVE IN....just as sure as these people left their kids in a car and walked away.

Just my two cents to toss in the jelly Jar....and a situation very few outside the trucking profession even know exists, let alone give thought to.


I think the punishment for these people should be equal to the crime...

Stick them in a metal box for an hour in the hot sun... See how they like it!

Mistakes happen... But this isn't a mistake... Its pure neglect

posted on Jul, 3 2013 @ 03:56 PM
link
My husband thinks I'm a big snoopy-nose, but I have a habit of glancing into everyone's car I pass while walking through a parking lot on a warm day. If I see a dog or a child in any of those cars, I will call the police. Unfortunately, there's only so many cars I can look into.

About a week ago, I saw a big dog in the back of a parked pick-up truck. It was parked right in the sun, and that poor dog was panting furiously, his eyes were bloodshot and bulging. There was a man sitting in the truck while it was running with air conditioner going to keep HIM cool. I am very shy in person, but not when it comes to animals or children. I walked up to that guy and told him his dog was having a heat stroke, so I was thinking about calling the cops. He moved his car to a shadier spot, but that was it. I walked over to the gas station that is in the grocery store parking lot and bought a cold bottle of water. Walked back over to the dog and poured the water on top of him - I didn't care whether the owner liked it or not. One of these days I'm going to get myself shot.