posted on Jun, 26 2013 @ 03:18 PM
link
Check this out! A family owned Chevy dealership in Pierce, Nebraska is going to auction off their private collection. Of the many dozen low mile pickups & Bel Airs, highlights include a 56 Chevy Cameo Pickup, 64 Chevy Impala & 78 Corvette. For me, I would love to get my hands on that Impala. They appear to still have the factory plastic on the interiors and original factory window stickers and have only a couple miles on the odometer. Looks like they weren't kept clean from years of dust and dirt buildup, but the exteriors look to be fine. I'm sure all the internals (block, fuel lines, fuel tank, brake lines, etc) and rubber would need to be restored or replaced but it's all there and all original.

There is roughly 500 cars in the collection from the 50s & 60s. Car collectors are going to kill to get these. I love seeing finds like this. Makes you wonder what else is sitting around locked up in an old building throughout the country.

If any of you have the means and are interested, the auction will be held September 28-29 through VanDerBrink Auctions.

Lambrecht Chevrolet of Pierce, Neb., was like many Midwestern, small-town dealers — owned and operated by a family, with minimal overhead and little need for advertising since most customers were neighbors. Ray and Mildred Lambrecht ran the dealership with just one employee for 50 years before closing up, and later this year the Lambrechts will sell off a trove of 500-odd vehicles they've held onto over the decades — including roughly 50 with less than 10 miles on their odometers. It's less a car sale than a time capsule auction.

While many of the cars in the Lambrecht collection were customer trade-ins that were left outside to rot, the Lambrechts would occasionally take something they couldn't sell and just put it in storage. City folk might find it unthinkable to leave so many vehicles lying around for so many years, but there's always more space in rural Nebraska, and the annual costs fall to zero quickly. I wouldn't call it hoarding, but I know many people who gather old metal like this do form an attachment to their kingdom of rust; every ride has a story, even when there's weeds growing around it. Jeannie Lambrecht Stillwell, the Lambrecht's daughter, says the decision to sell wasn't an easy one for her parents, and that the cars "comprise a lifetime of hard work, tears, and joy." 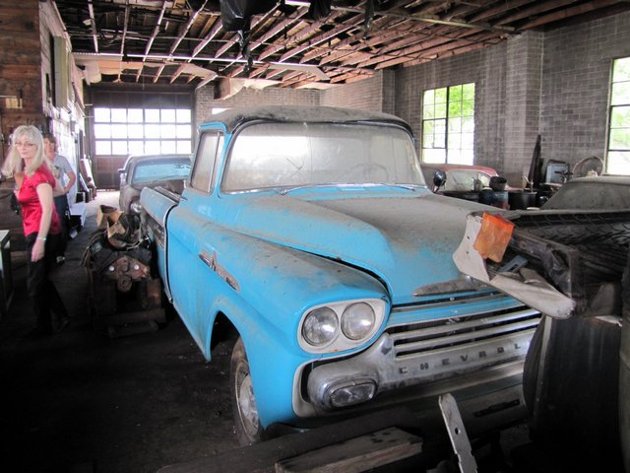 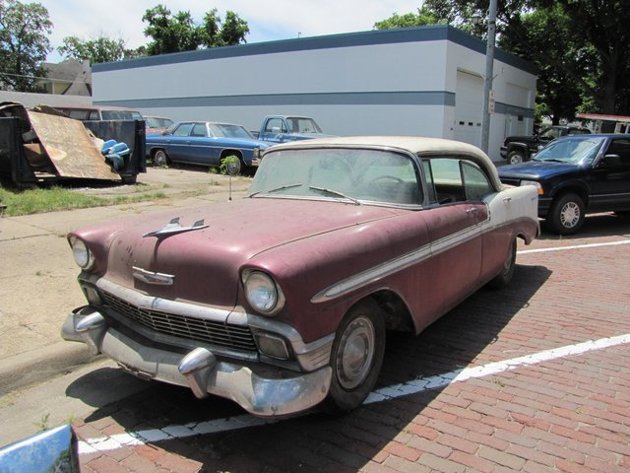 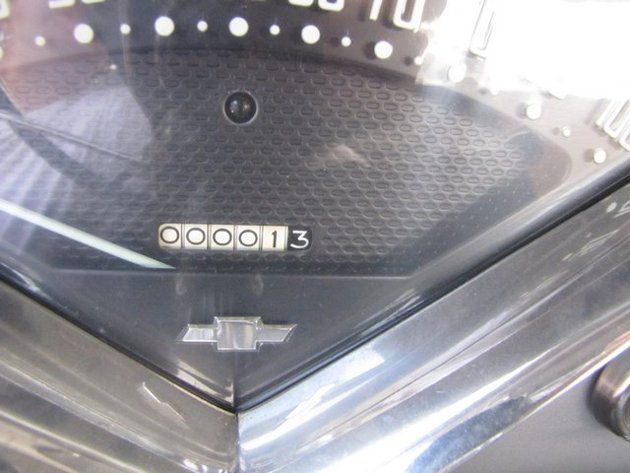 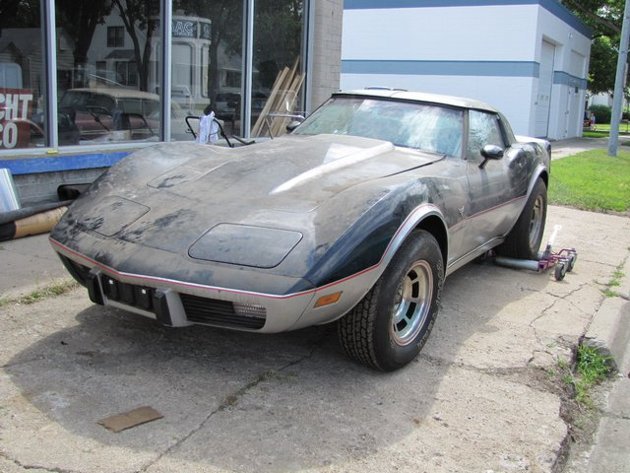 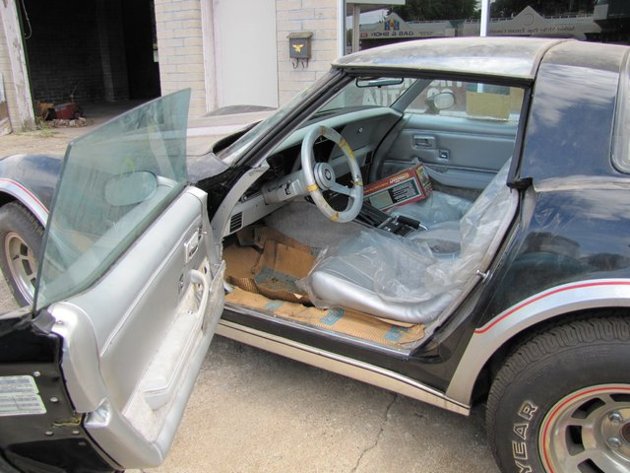 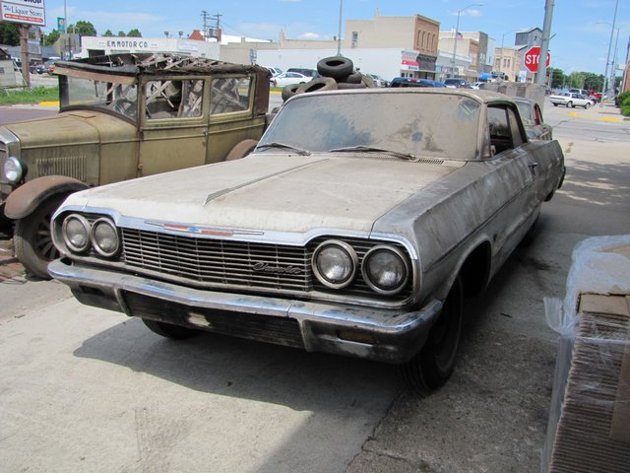 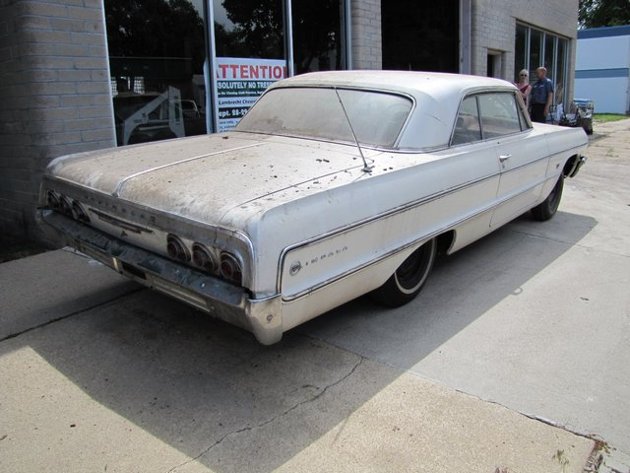 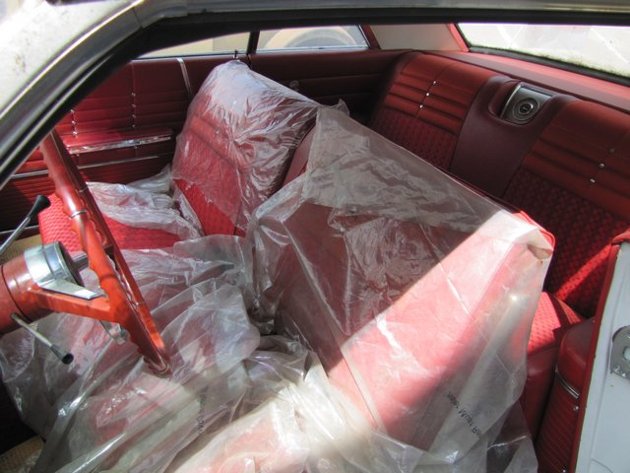 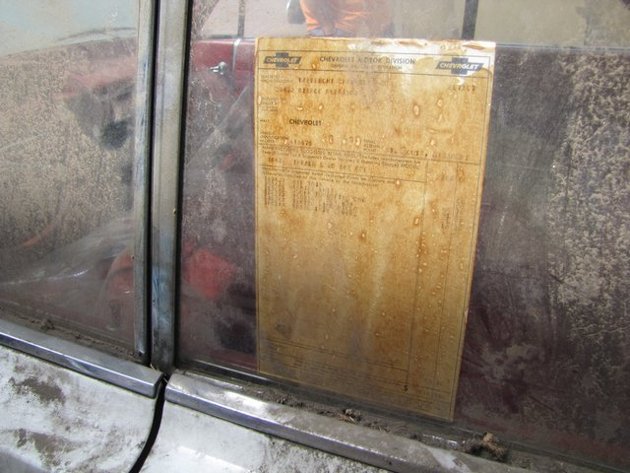 edit on 26-6-2013 by jtrenthacker because: Added auction info

posted on Jun, 26 2013 @ 03:24 PM
link
I'm going to be completely honest....the one thing I can really appreciate about america was the all out disregard for pollution and unhindered creativity when it came to cars of the 20th century.

If I could ever afford to run one, I would be behind the wheel of some american muscle.

Great find eh? There's going to be some amazing prices for most of those gems. Nice to see. Thanks.

Very awesome I wish I could have that truck! I'm a pick up guy and would love to be behind a old schooler pick-up!


For some reason I'm salivating uncontrollably. The keyboard is getting a little slipperawertyytuii...ooops.
Ok, 1.3 miles. That is frigging' awesome.
That 56' Chev Pick up is a beauty.
You don't see too many 4 door Belairs. Not as popular at the time I guess.
The Stingray has the same color scheme as the Inid 500 Pace Car I wonder if it's a special edition or something. I don't know Vettes all the much.

Originally posted by XLR8R
reply to post by jtrenthacker


For some reason I'm salivating uncontrollably. The keyboard is getting a little slipperawertyytuii...ooops.
Ok, 1.3 miles. That is frigging' awesome.
That 56' Chev Pick up is a beauty.
You don't see too many 4 door Belairs. Not as popular at the time I guess.
The Stingray has the same color scheme as the Inid 500 Pace Car I wonder if it's a special edition or something. I don't know Vettes all the much.


I was thinking the same thing on the Vette. Good eye. Here is a pic of the front fender. "Limited Edition". 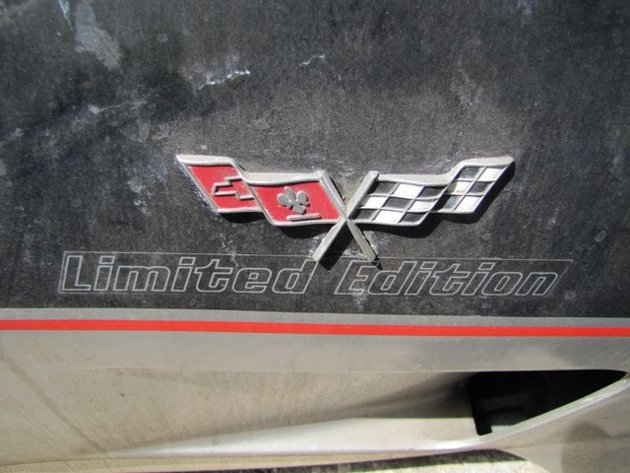 posted on Jun, 26 2013 @ 04:08 PM
link
I should have mentioned... These rides are Cherry on the inside. Saaaaweat! Daddy wants Quick, paint job, fresh fluids, possible minor tune ups and Vroooooom vroooom baby~

posted on Jun, 26 2013 @ 04:18 PM
link
oh man, there here are definitely some high dollar rigs there. I would love to get my hands on basically any of those rigs preferrably the Chevy cameo. but damn any one of them would be great. very nice. good find.

Id bet its not too long till leno catches wind of this.
edit on 26-6-2013 by llmacgregor because: (no reason given)


Man oh man, what we would give to be able to check those vehicles out!!!!!!

They'll probably make more at the auction than they did the 50 yrs. that they were in business.

Good for them for hanging onto them.
Classics, all of them.


That's pretty neat. Should fetch quite a nice price.

Originally posted by dave_welch
Somebody got lucky. By the way, the pickup isn't a 56, it's a 58 or 59. 55-57 were single headlight jobs and the grille was different. 58 and 59 had quad headlights like the one seen here. I'd really like to have that 56 bel air.

Yeah, I think I posted the wrong pic of the 56 p/u. There is pictures of the 56 outside of the building. I haven't seen too many 56 Bel Air 4-doors. That would be a great car to have.


Yeah, if it was a regular 4 door sedan it wouldn't be anything special, but since it's a 4 door hardtop, also known as a sport sedan, it's a fairly rare car. I always kinda liked the 4 door hardtops.