Sue Vilardi was shocked when she heard the news.

“I didn’t think anything like that happened around here,” said the Stafford Township resident. “I didn’t know it could happen not from an earthquake.”

But according to the National Oceanic and Atmospheric Administration(NOAA), it was true. A tsunami struck the Jersey Shore earlier this month.
Related Stories

On June 13, strong thunderstorms moved into South Jersey around noon. By 3:30 p.m., the weather was overcast with a light east wind, according to officials. Around that time, officials say Brian Coen was spear fishing near the mouth of the Barnegat Inlet. Coen spotted an outgoing tide with strong currents coming towards him. According to Coen, the heavy waves continued for about two minutes until the rocks in the submerged breakwater were exposed, forcing Coen to back his boat out of the area.

Coen then spotted a large wave, approximately 6-feet from peak to trough, coming across the inlet. The wave was so powerful that it swept two people off a rock jetty and into the water on Long Beach Island. They were both rescued from the water and treated for non-life threatening injuries.

Tsunami-like waves were observed along the US east coast during the afternoon of June 13, 2013 (day 164). The source is complex and still under review, though the coincidence at several gages with strong atmospheric pressure fluctuations indicate that it is at least partly generated by meteorological causes. The event occurred in close conjunction with a weather system labeled by the National Weather Service as a low-end derecho which propagated from west to east over the New Jersey shore just before the tsunami. It is also possible that the slumping at the continental shelf east of New Jersey played a role. The tsunami was observed at over 30 tide gages and one DART buoy throughout the Northwestern Atlantic Ocean.

A first-hand description was provided by Brian Coen who observed the event at Barnegat Inlet in New Jersey:

Around 3:30pm on Thursday June 13, 2013, Brian Coen was spear fishing near the mouth of Barnegat Inlet; just south of the submerged northern breakwater. Earlier in the day around noon, thunderstorms had moved through the area. By 3:30pm the weather was overcast with a light east wind. At approximately 3:30, the outgoing tide was amplified by strong currents which carried divers over the submerged breakwater (normally 3-4 feet deep). This strong outrush continued for 1-2 minutes and eventually the rocks in the submerged breakwater were exposed. Brian backed his boat out before being sucked over as well.

At this point, Brian noticed a large wave coming in, approximately 6 feet peak-to-trough and spanning across the inlet. The upper 2 feet of the wave was breaking. This wave occurred in conjunction with a reversal of the current such that even though the tide was going out, a strong surge was entering the inlet. This surge carried the divers back over the submerged reef and into the inlet from where they were picked up. On the south jetty three people were swept off the rocks which were 5 to 6 feet above sea level at the time. At least two were injured requiring medical treatment. There was no more strong activity after about 5 minutes.
edit on 25-6-2013 by MariaLida because: (no reason given)

Just can't find more info about this event, I will try when I come home ..

But I am no expert.

......and Godzilla was a secret till now. Crazier than thou! Peace and Godspeed, Xenongod

posted on Jun, 25 2013 @ 10:31 AM
link
Twenty million fish wagged their tails simultaneously at a school concert.

They say it may be because of slumping, which is sort of like an underwater landslide of built up materials.

Originally posted by Junkheap
If it was caused by a weather event rather than a seismic event can it still be called a tsunami?

By definition,
a tsunami is a wave caused by an earthquake or some other disturbance.

A long high sea wave caused by an earthquake or other disturbance.

I would certainly like to know what generated tsunami waves in New Jersey, though.
Especially if it wasn't an earthquake.
_________

Thanks for posting OP. 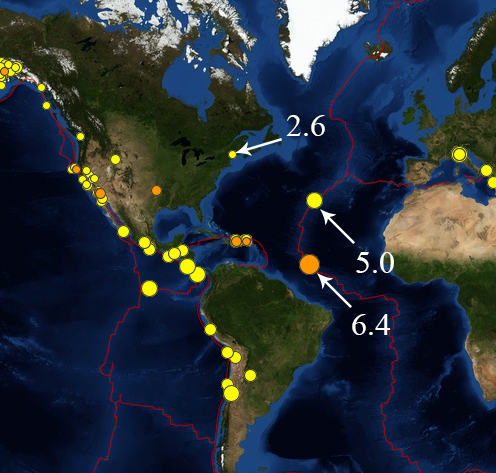 But the event in question happened on June 13.

Those earthquakes aren't responsible for these waves. 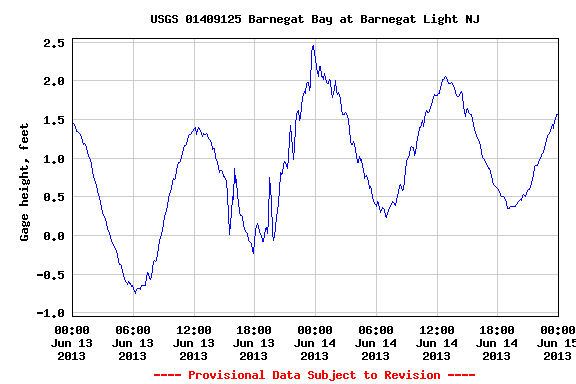 There was a sudden shift and increase in the wind around noon, right when the tide started falling. I think the wind fighting the tide triggered it. 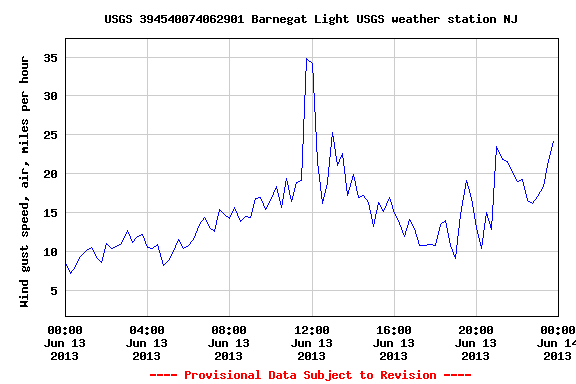 Seems like the outgoing tide was influenced by the weather and perhaps collided with a storm surge, causing a sudden, large wave? If the wave broke at the shore, vs surging inland than I would go with the storm theory, not an underwater event.

There is this thread about a man named Dr. Simon Atkins predicting an east coast tsunami.
Everyone thought he was crazy, but apparently he is not so crazy. May not have been a big, but it was one nevertheless.


Supposedly ... an 81% chance of an Atlantic Tsunami from earthquake/volcanic activities and because of increased solar flares. This is predicted to happen by Dr. Simon Atkins by June 5th. Most at risk are Eastern Canada, New England, the Northeast, and Mid-Atlantic. Tides higher from 2-40 feet. Mega Tsunamis possible.

No earthquake. No volcanic activity. Nothing in Eastern Canada. Nothing in New England. No 2-40 foot tidal anomaly. His window ended a week before this event.

He was completely wrong.

posted on Jun, 25 2013 @ 03:43 PM
link
Hmm heavy thunderstorms and high winds
It's called a A STORM SURGE, in the absence seismic, landslide or impact activity.

(sorry, had to drive through there once, so very anti-Jersey....the numerous shows didn't help my feelings for it)....