Isn't this a beautiful cat?!
But I would hate to try to brush its hair. A person might get their eyes scratched out! LOL 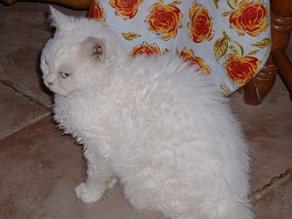 Curly-haired pets are all the rage amongst animal breeders these days, but this frizzy fellow was the result of a freak mutation amongst a litter of strays.
The Selkirk Rex has just been declared a separate breed after an extensive genetic analysis was published in the Journal of Heredity.
But the breed's origin now goes back nine generations, to a little abandoned kitten who caught the eye of a Persian breeder. Naming the curly-haired critter Miss DePesto (after a similarly-coiffed character in the TV series Moonlighting), she mated her with a Persian cat, and a truly quirky new breed was born.
Mother Nature Network reports that the Selkirk Rex is the fourth type of curly haired cat discovered, but is distinct from other Rex breeds.

This one looks like he might be related to Grumpy Cat. You all know who Grumpy Cat is, don't you? 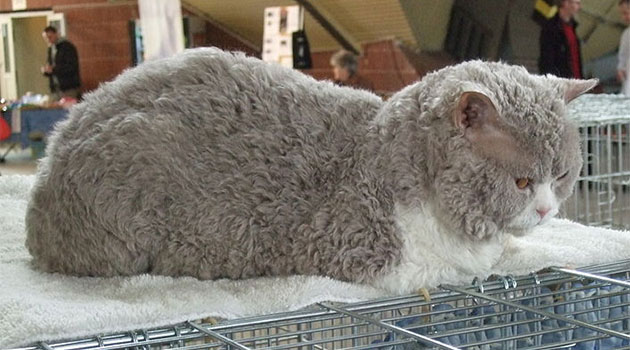 
Unlike the Devon Rex and Cornish Rex, this breed’s hair is of normal length and isn’t prone to balding, and it differs from the LaPerm breed because its coat is thicker. So will this breed spark the kind of rush to develop hypoallergenic "designer hybrids" we've seen with poodles in recent years?
It seems not. Sadly, the frequently-shedding puss is no less likely to evoke sniffles in the allergy-prone than its sleeker-looking cousins. So it seems, for the Selkirk Rex, popularity will all come down to good looks.

posted on Jun, 23 2013 @ 04:44 AM
link
I'm a cat lover but I prefer to stroke their straight silky hair. These look wooly and matted. I don't think the cat would like having this type of coat. Harder to lick and clean themselves. They probably get more fur balls to gag on.
It looks almost fake like a stuffed animal.

I want a sausage cat.

With or without fur


The cat I have now is a main coon. She has the soft, silky, long hair. It is so easy to care for. I have to brush her every day or she gets hairballs too. I love to stroke her when she is on my lap... which is about every time I sit down.

I love kittens! I have a couple now that I stand and watch play in the back yard. I could watch them play all day, if I had time.

This one looks like he might be related to Grumpy Cat. You all know who Grumpy Cat is, don't you?

What an ugly cat!


Grumpy cat is a famous cat known for his grumpy expressions. He is all over facebook.

Here's one. They post his picture with all kinds of funny sayings. 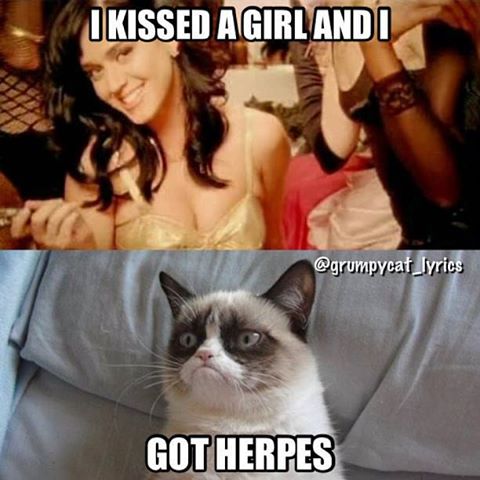 
i must agree..it's two old too cuddle.

posted on Jun, 23 2013 @ 04:57 AM
link
One particular species of cat which is becoming more and more popular is the Felinus Norrisus Scratchus Biteus as depicted below, an extremely dangerous animal :

Here is what God sent me to heal my wounded heart. She is the most lovable cat I have ever seen!
She "appeared" in the top of my husband's garage. I brought her inside, and the rest is history. I don't know what I would have done without her after losing my baby. 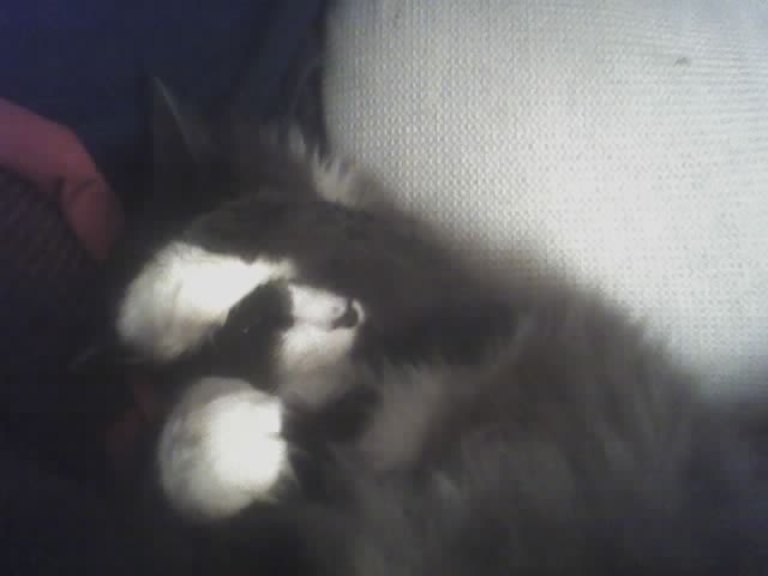 Originally posted by winofiend
what are these weird things.

I want a sausage cat.

With or without fur


Ive always been more of a dog lover to be honest. But i do love this fella....
......He would be so snuggly. And just imagine what a great shine you could get on your car bodywork when he passed over and you converted him into a car buffer


The car buffing came to my mind too.

But I didn't have the cat dying when I thought of it.

This is another great example of why we need a PETS Forum!

Where else does a COODLE feel at home?


OMG I love these cats!

I knew someone years ago who use to breed these cats. They require a lot of personal care and attention but are very sweet! I'd love one but my two pets already take a lot of my time when it comes to grooming!

posted on Jun, 23 2013 @ 12:51 PM
link
reply to post by mblahnikluver
But just think Mblah, you could save a fortune on stuffed teddy bears and such for Liam!
Congrats on getting married sweets!