Is Obama A Black Dictator? (This isn’t an Obama-bashing piece)

posted on Jun, 17 2013 @ 09:51 AM
link
I want to believe he is not because if the opposite were true it would lower my hopes of this country ever recovering.
That being said, the way his administration has used the government to oppress his opposition and oppress journalist is what dictators do.
This man in this video makes some great points.
(I couldn't imbed the video, sorry) 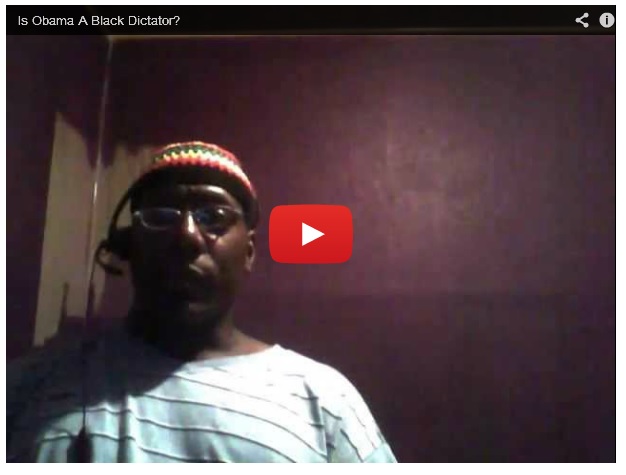 The NDAA, NSA, and IRS scandals alone paint a dim picture of presidential opinions toward those of us on the proverbial “chitlin circuit” devoid of insider perks or bundler bankrolls.

Obama is either a Black dictator (despite being bi-racial) using his color to cloak autocracy (which would make the average White supremacist blush), or a misunderstood monarch who finds himself in these messes through no fault of his own?

The easier question of what is a dictator is the next move. I think your answer emerges easily from there. If it doesn't, try reading some history books.

If you are using the term "black" to simply exploit reader ignorance then is this the right venue?

The easier question of what is a dictator is the next move. I think your answer emerges easily from there. If it doesn't, try reading some history books.

If you are using the term "black" to simply exploit reader ignorance then is this the right venue?

I don't believe that OP was using the term, the man on the video was.

It was interesting to hear this man's take on the Obama Presidency.

posted on Jun, 17 2013 @ 10:42 AM
link
Obama is certainly on his way to BECOMING a dictator...and it would suit his designs...however, the American people will never allow him or any dictator to succeed.
Black? Who cares what race a dictator is, or is not; a dictator is a dictator.

Think the guy in the video makes some valid points. You had to look past Obama's skin color would you still consider him to be such a good president? He hasn't changed much of anything to be honest. And people don't question it because well its not politically correct? Or black people are still on high of having a black president?

I don't know what it is but its true what he is saying, though. Wouldn't call him a dictator just yet but surely going in that direction.

If you want a good example just look at Zimbabwe. People in Zimbabwe believe Mugabe to be the best thing ever even though he managed the country into the ground and now there's millions of them streaming into neighboring countries looking for work and then end up being killed by the people in those countries because of xenophobia.

Yet some still believe he is their savior.... all cause of skin color really, It's ridiculous.

The whole black thing plays an important role so why not bring it into the discussion.
edit on 17-6-2013 by JosephPalasky because: (no reason given)