posted on Jun, 15 2013 @ 06:51 PM
link
Has anyone here ever had a blond moment like me and called 911 and felt like an idiot when the thing you thought was an emergency turned out to be something else? Well, I have done this twice...A few years ago when I used to live in Oklahoma, I had only been in my apartment for a week when one night this foul chemical odor started wafting into my apartment. The windows were all closed and front door shut, it was so strong and I thought it was coming through my vents. I went outside and Damn it was awful, now beings that I moved there from Calif where its not uncommon for folks to make M-th in apartments, thats what I thought was going on somewhere in the apartments...I got freaked because sometimes those M-th labs blow up...I called 911 and explained to the dispatcher what I thought was happening. A few minutes later 2 fire trucks and police show up. They were all downstairs in the parking lot talking.

Finally the fireman comes upstairs and asked if I had made the call to 911 about the smell I said yes, ha says mam that is not a M-th lab its a skunk...OMG...I was so embarrassed. 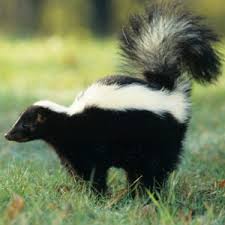 Well...it happened again, just a few minutes ago...I now live in a tiny town in Montana and I hear these sirens, no big deal but they continue and besides the police sirens there is also fire truck loud honking and this went on for like 10 mins. across the field at the high school I can barely see police cars, ambulances and fire trucks. Finally I said the hell with it and called 911, the dispatcher asked me what the emergency is and I tell her about all the sirens...there's an uncomfortable silent pause and then the dispatcher sighs and says, "Its just a parade Mam"...

Please share some of your 911 calls that turned out to be non emergency so I don't feel so stupid...Misery loves company.


I gotta say not many people would admit to either of those stories kudos to you.
Never had to ring the police to be fair.
edit on 15-6-2013 by boymonkey74 because: (no reason given)

posted on Jun, 16 2013 @ 12:12 PM
link
My cousin once said she was trying to call a friend and dialed 911 and thought it was funny that it started ringing, until she heard "911, what is the emergency?" And she hung up.....and they called right back so she told her she dialed the wrong number. She has had a LOT of blonde moments.