posted on Jun, 7 2013 @ 07:23 PM
link
Well, okay, the title might be a bit of hype ;-) But, I share this blog post in the hopes that some find it interesting and enlightening, or at the very least, entertaining.

It's in two parts, which I highly encourage reading in order. There are several videos, which may be interesting.

I also share it in the spirit of being one more voice trying to spread more universal and inclusive views, across the globe and all religions and myths and modes of thought.

This is what we need in today's world more than anything, I think.


It has been exhaustively demonstrated by comparative mythologists like Joseph Campbell, by psychologists like Carl Jung and by philosophers like Alan Watts and similar folks, that all religions are “saying” the same thing. The idea is that there are two levels of meaning to religious thinking – denotative and connotative. Denotative meaning is basically literal meaning. On the surface, religions can seem to be very different at this level. This is due to cultural nuances and how mythic/religious thinking transforms over time. Symbolism, which all religion is rife with, is not meant to be taken solely literally. As Carl Jung said, “Symbols have one foot planted in the world and the other in the Infinite.” On the connotative, or symbolic, level, all religions are saying the same thing. They are all referencing the same transcendent reality. Joseph Campbell speaks of universal Motifs across religions and Carl Jung of mythological Archetypes, which he has shown also appear in dreams (of atheists, even!). Meanwhile, the majority of humanity are stuck on the metaphor, taking it all too literal, not seeing what the metaphor is referencing and fighting amongst ourselves.

Roger Penrose's ideas on Cosmology, going by the name of Conformal Cyclical Cosmology, take this even deeper. First, Special Relativity basically says a photon does not sense the passage of time. As the Universe continues to evolve all mass will radiate away, eventually even Black Holes via the so-called Hawking Radiation mechanism. Imagine the last little piece of mass left in the Universe, say a microscopic Black Hole, which is the only piece of matter left in the Universe that can sense the passage of time. What happens when it radiates away? The mathematical implication is that time and, therefore distance, lose meaning. Penrose's idea is that at this point the infinite vastness of space is equivalent to the infinitesimal beginning of the Big Bang, which of course initiates a new Big Bang, or a new cycle of the Universe. Space is an illusion whose power is sapped, without time and matter. The two entities - spacetime and matter - need each other for their mutually interdependent continued existence and even the continued existence of this current cycle of the Universe. Pretty wild, right?


Sooooooooooooo, God is the transcendent reality of the symbolism of the collective unconscious?

Well done. Have some Cheetos!

posted on Jun, 7 2013 @ 08:16 PM
link
Why is God a problem? And if God is a problem how could the two paragraphs typed above solve them.
Heres my take on the meaning of life.
We are all on a journey, all our journeys are different. We all make mistakes and hopefully we learn from them.
We all have successes and those successes should be enjoyed.
There is no real evidence that the Christian or Islamic or any other God has ever existed excepting testimony from long dead people and written accounts by people who were themselves trying to make sense of life and didn't necessarily have the answers ever.
However I do believe in a creator, because none of what we see around us could have happened by chance.
There is a basic fundamental blueprint to all of life (see fibonacci curve) that cannot be explained other than
someone somewhere planned all that we see.
I do not go in for any organized religion. I prefer to look inside myself through meditation, I feel as all that we are
was present at the beginning right down to subatomic particles than we all have the answers inside ourselves.
The only part in the bible I heed is do unto others, which basically tells you to treat others how you yourself wish to be treated. Some kind of creator exists, you just need to find your own way to find him/her as it is your personal journey.


Sure! Why not. The great Trinity! 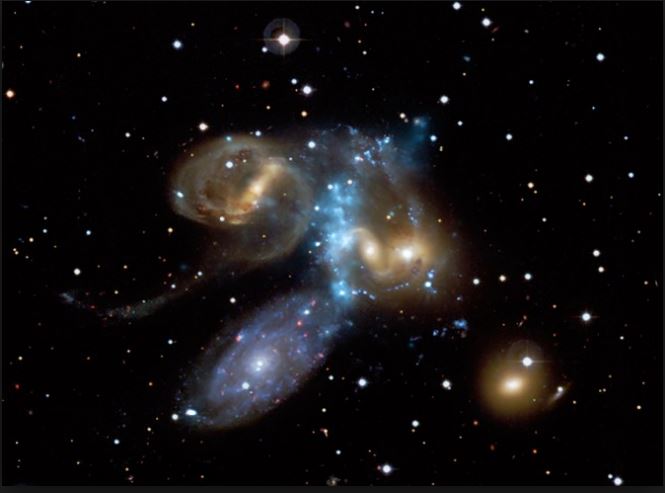 If you aren't fighting for FREEDOM then you are on the side of SLAVERY.

If God wants to control everyone and you are not against that then you are FOR the control by not doing anything to go against it.


Joseph Campbell, psychologists like Carl Jung and philosophers like Alan Watts and similar folks, that all religions are “saying” the same thing.

I agree with them .... all religions are saying the same thing.....nothing...... as all religions are just different roads that lead to the same destination..... nowhere..Man can NEVER find God there is NONE that seek after him they are all seeking "religion".God can never be proved ..... EVER.... even though the evidence is insurmountable....the endless enigma. ...as impossible to pin down as an unobserved electron shot through the double slit.There is no problem to be solved because .....it can't be ....neither is it a "problem".God is 100% in control of EVERYTHING.Chicken Little was right ..the sky is falling...but it's only rain... God isn't pissing on his creation.
edit on 13-6-2013 by Rex282 because: (no reason given)