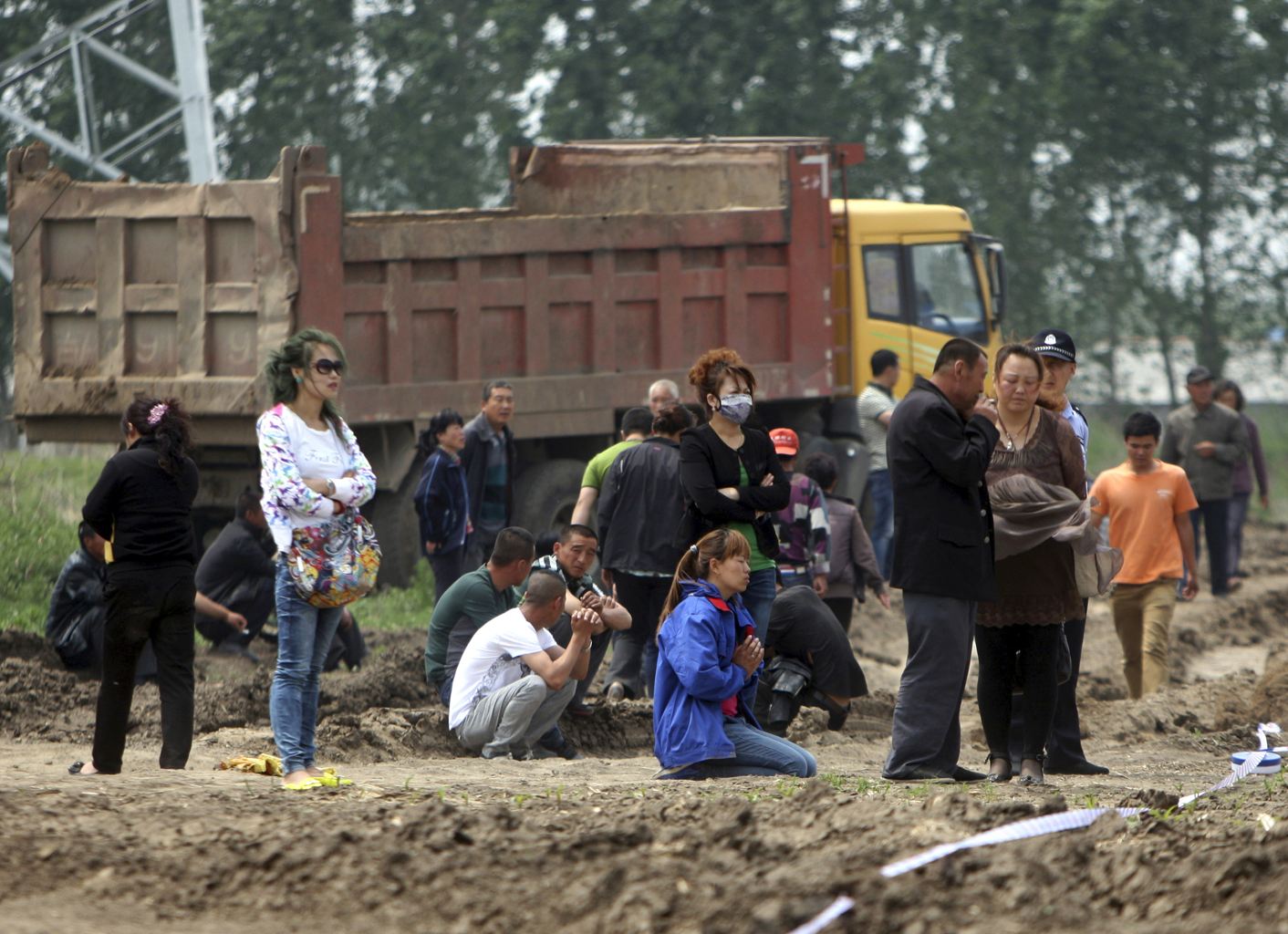 BEIJING (AP) — Fire raged through a poultry plant in northeastern China on Monday, trapping workers inside a cluttered slaughterhouse and killing at least 119 people, reports and officials said.

Several dozen people also were hurt in the blaze in Jilin province's Mishazi township, which appeared to have been sparked by three early morning explosions, the official Xinhua News Agency said. The provincial fire department, on its microblog, attributed the blasts to a leak of ammonia, a gas that is kept pressurized as part of the cooling system in meat processing plants.

State broadcaster CCTV quoted unidentified workers as saying the fire broke out during a change of shifts and may have originated in a locker room at a time when about 350 workers were at the plant, owned by Jilin Baoyuanfeng Poultry Co.

It wasn't clear how many workers had been accounted for and a provincial government media official, who refused to give his name, said he expected the death toll to rise further as more bodies were recovered from the charred building.

posted on Jun, 3 2013 @ 07:04 AM
link
Hopefully the death toll doesn't raise to much. I wonder what could have caused the fire inside of a poultry plant? Some kind of mechanical problem?