posted on May, 24 2013 @ 01:02 AM
link
Several weeks ago I was taking pictures in the front yard on a beautiful, hot, and cloudless Arizona day. I heard a heavy helicopter flying near and noticed it was a Chinook. We always get the Apaches since they are built here, but the Chinooks are more rare around here. So I move the camera into position and zoom in on the helicopter and get off one shot before it is gone out of range. The image sits in my camera until a few days ago when I downloaded it to my computer. I notice something on the computer screen that I did not see in the view screen of my camera and it looks somewhat disc shaped to me. What say you ATS?

My camera is a Canon Powershot SX130IS.
More info on my camera. 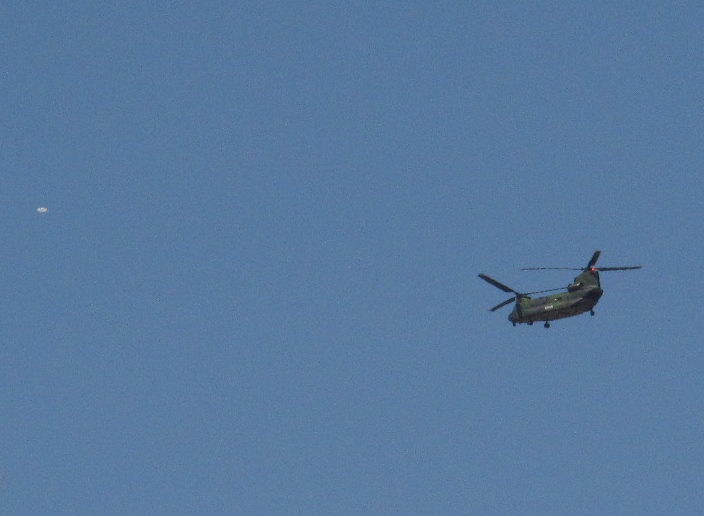 
I cannot blame anyone for being skeptical. I am. In this same sky I have seen a child's wading pool rotating hundreds of feet in the air and helium filled balloons at even greater altitudes. I have also seen weather balloons and airborne plastic shopping bags. There is lots of junk out there to blame this on. 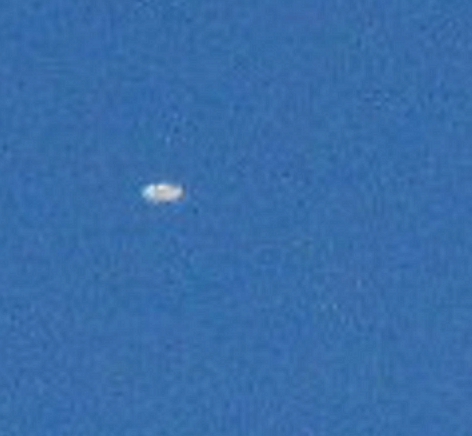 I can't call it. Neat story about all the stuff flying around, though.

P.S. I think that the #hook looks suspicious; like it's tryin' to get away with something, or it did something naughty and it is skulking away.

Looks like the car in the end of the movie "Repo Men". 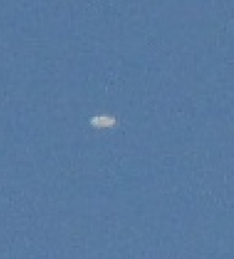 Originally posted by groingrinder
What say you ATS?

If you want a photo analyzed, it's usually best to share the original photo, which, apparently you didn't.
The OP image is 704x516 pixels which looks like cropped dimensions, and there's no exif data.

Originally posted by wmd_2008
reply to post by groingrinder


Yes I focused on the Chinook. No my camera does not have Exif data. Or the Windows fax and camera wizard does not extract the data with the jpg when it downloads. I will have to check in Photoshop and see if there is any data visible there. I will edit this post if there is Exif data visible.

Update! here is the Exif data from ACDSee. 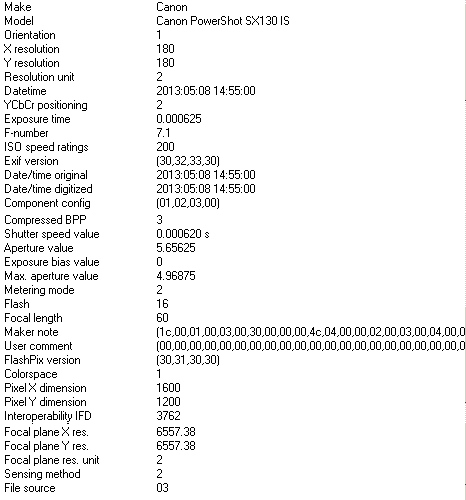 edit on 5-24-2013 by groingrinder because: Edited to provide Exif data.


See above post about Exif data. See below post about the original.
edit on 5-24-2013 by groingrinder because: (no reason given)

What on EARTH are you on about? 3-4 wings per end? Colour of Earth foliage? Are you looking at the same picture as the rest of us?

The " UFO " is white and it is not photoshopped. On close up inspection the pixels correlate with the sky behind it.


He is being funny. He is talking about the helicopter.

Originally posted by groingrinder
Ok fellow skeptics here is the original photo. Lots more empty sky in this one to look at.

One thing I was looking for specifically in the uncropped version was to see if there was anything bright in the part of the image that was cropped out that could cause lens flare to appear, and I don't see any such light source. In very unusual cases lens flare can have a source beyond the frame of the image, depending on conditions, lens design, etc, but usually the source is within the frame.

So I'm not sure lens flare can be ruled out completely but there's no visible source for it in the frame.

Another reason I thinking a lens flare possibility is that it seems more like a light, instead of some kind of solid object, and lens flares typically look like lights.

Cosmic rays can make lights appear on digital sensors, but this doesn't look like a cosmic ray type light pattern.

And because it doesn't really look like a solid object, the usual suspects of bird or bug which is often the explanation of "unseen ufo" cases like this, doesn't seem to apply, although I wouldn't completely rule out a bug, but it really doesn't look like a bug.

So, I really don't know what it is, unless you can recall a very bright light source just off the right side of the frame, in which case, that would suggest lens flare.

edit on 24-5-2013 by Arbitrageur because: clarification


The sun was high in the sky. But it was more behind me than in front of me. I am almost sure that isn't lens flare. On the subject of lens flare: I was a film photographer since the mid sixties. In the mid seventies I had my own darkroom shooting mostly 35 mm and some 2.5" Sq. from a Navy Surplus Mamiya C33. All this time I am trying desperately to avoid the dreaded lens flare.

Fast forward to today where I am heavily involved in 3d modeling and computer animation and I find out there are actually expensive plug ins that folks use to artificially insert lens flares into computer artwork that was produced without any glass lenses.

Originally posted by Jaellma
reply to post by Arbitrageur
So based on everything you have ruled out, is it safe to call it a "UFO"?

I know what you mean about avoiding lens flare...I think it was effort well spent. Times have changed as you said, because the Star Trek movie before this latest one intentionally used a lot of lens flare, and they DID have lens flare sources out of frame, to get the effects they were looking for.

I remember when I finished watching the movie I thought the photographer should be fired since that lens flare was so annoying, until I read that it was all done on purpose, in which case it's the guy with that creative idea to plaster lens flare everywhere who ruined the film, and not the photographer, who was just doing what he was told to do.

posted on May, 24 2013 @ 08:04 PM
link
I think you have a genuine ufo there. I think some of the best ufo pics we see are taken by accident.
You gotta wonder how many pictures sit on a hard drive and never get noticed.
edit on 24-5-2013 by Tompdx3 because: said the same thing twice in one sentence,stupid me!


I wouldn't jump straight to thinking it is an artifact simply because OP didn't notice it at the time.
I mean, its the color of a cloud, for Pete's sake, and it is very small. With a Chinook dominating the frame, something like this object could easily go unnoticed at the time the photo was taken.