During an appearance on MSNBC's "Morning Joe," Todd said that Obama likely would have condemned such actions if they had been authorized by former President George W. Bush and former Vice President Dick Cheney. As president, Todd said, Obama's motives are clear.

"You can't look at this and see it as anything other than an attempt to basically scare anybody from ever leaking anything ever again," Todd said. "So, they want to criminalize journalism and that's what it's coming down to."

This is coming in from several news sources, from left to right, take your pick.

Who in the Administration is involved in this? What do they have to hide?
Everything: Benghazi, Fast and Furious, PressGate, IRS Gate
AmmoHoardingGate, or all of that and something more?

The DOJ's aggressive pursuit of leaks; Eric Holder
He knows nothing!?

Can they keep everyone quiet?
For how long?

posted on May, 23 2013 @ 04:24 PM
link
reply to post by burntheships
What ever happened to the days of reporting the truth, consequences be damned? The days when it was a badge of honor to be jailed on a contempt of court charge rather than give up an anonymous source? I'll tell you where they went: First the Obama White House bought off the press, then started passing sneaky laws to curtail the press in case any of them got the bright idea of getting back to real journalism. How sad!

Between Gitmo, the drone policy and now this, Obama has completely alienated his base. The bleed and resentment caused by the AP and James Rosen scandals will only ensure more digging and more scandals.

He deserves all of it.


True littled, there was a time when journalism was about getting the truth
to the people, not to say that it was pure. It is a whole different game now,
with the NDAA hanging our there. I suspect that this is what is at the heart
of the issue.

The NDAA aka The Homeland Battlefield Bill has made legal many ways
to use totalitarian measures against U.S. citizens by declaring the entire world,
including the United States a battleground in the war on "terrorism".

The legislation authorizes the President of the United States to take unilateral military action
against all nations, organizations, and persons engaged in hostilities against the United
States...on surface does not sound so hideous but where its really going is what is happening
now with the DOJ - i.e. Holder and CIA director Brennan....hence why ...and this is
really chilling Obama is willing to close Guantánamo Bay Bay. They have the NDAA in place now...they have advanced the tyranny far enough.

Obama announces new phase in "Terror" war
edit on 23-5-2013 by burntheships because: (no reason given) 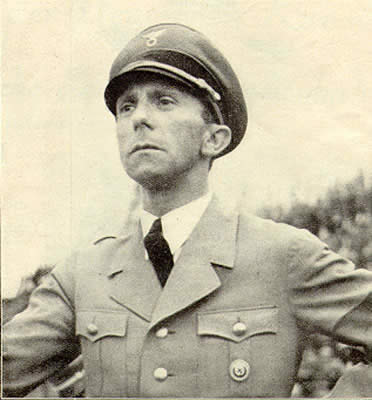 posted on May, 23 2013 @ 04:58 PM
link
reply to post by burntheships
I guess we'll know it's time to start bugging out when we start seeing reporters being jailed for daring to print or air any disparaging truths- especially when journalists and bloggers start to mysteriously disappear. If it can happen in other countries there's no doubt it can happen here- especially with unconstitutional laws in place for them to quote when it happens.

Originally posted by kosmicjack
It can not be overstated that this criticism is coming from MSNBC/NBC.

Indeed, it is a bit unnerving even, what do they plan on doing about it I
am left wondering. One can only hope somewhere someone knows something
and is finally going to talk.

Lord knows Obama sure deserves all of it, by all indications he knew what
he was in for, and is playing the part all along...

I just hope they wait until the rope is long enough.

Originally posted by littled16
I guess we'll know it's time to start bugging out when we start seeing reporters being jailed for daring to print or air any disparaging truths- especially when journalists and bloggers start to mysteriously disappear.

It is happening now...the targeting that is.
www.huffingtonpost.com...

Rosen, who has not been charged in the case, was nonetheless the target of a search warrant that enabled Justice Department investigators to secretly seize his private emails after an FBI agent said he had "asked, solicited and encouraged … (a source) to disclose sensitive United States internal documents and intelligence information." openchannel.nbcnews.com...

Holder was the one who signed off on the warrant.

Those old bug out plans need revamping, or the drones will come for us.

posted on May, 23 2013 @ 05:23 PM
link
I saw this today and with all the problems with filming going on it may be true; if so circle complete.
decryptedmatrix.com...
QUOTE:
Photographers are still being classified as potential terrorists in a newly released document from the Department of Homeland Security and the FBI.

The “Roll Call Release,” dated November 13, 2012 and titled “Suspicious Activity Reporting: Photography,” gives a vague reference to a single example where a terrorist may have used cameras ...

But then it goes on to list three other examples where people were detained for using cameras in airports, parking garages and shopping malls – which the report describes as “consistent with pre-operational activity and attack planning” – that turned out to have nothing to do with terrorist activity. END QUOTE:

Intimidate, infiltrate, and exterminate if needed.

But the feds still refer to these detainments as a sign of success because they served for “awareness and training purposes” – as if they need any more training to harass innocent photographers.

Guess they're seeing the writing on the walls.

If the administration knew that they couldn't get away with their manipulations and plots and plans, then they wouldn't have done them in the first place.

I honestly have to attribute much of this to fringe media and sites like ATS (suck-up, I know) who have dug deeper than the pablum they feed us and have kept some stories alive.

Kudos go out to all posters here.

Originally posted by littled16
reply to post by burntheships
What ever happened to the days of reporting the truth, consequences be damned? .......

posted on May, 23 2013 @ 05:41 PM
link
reply to post by Xcathdra
If I could give you many more stars for that I would! It would be hilarious if it weren't so accurate. One day Entertainment Tonight and TMZ became what people watch as "news" sources. Pathetic!


Very true, and I might add, if professional journalists feel threatened
under criminal investigation if they report on the truth, imagine the assualt
that is coming on the bloggers, the little news outlets, even free speech
on forums.

The thing about pictures and video, they are so threatening because they
provide such good evidence.

So many of the terrorist attacks have escaped the net of the DHS,
it makes one wonder....like the useless Fusion Centers that are found
to have gathered a bunch of ridiculous junk.

Yes, that was not lost on me as well...I first saw this on WND and
did a doubletake. I dont know what is up, are they preparing for
upcoming impeachment proceedings?

As far as I am aware, AP was targeted, Fox News, and I recall
another reported that has an investigation into how her computer
was comprimised, and was being monitered. She covered the Benghazi
story....nothing I am aware involving NBC. Morning Joe has been fairly
critical of Obama lately, siding with many Senators saying his is unavailable
to them, and out of touch with the people. (No! )

And agreed, yes if they had reported the truth the last 4 years, we would
certainly be in a different place....Obama too, maybe even Kenya.

posted on May, 23 2013 @ 06:10 PM
link
I am glad NBC and the rest of the media are waking up and asking WTF? I guess it took Obama and his criminal cohorts going after the Associated Press to finally open their eyes and ask "What the hell is going on here?"

Originally posted by 727Sky
I saw this today and with all the problems with filming going on it may be true; if so circle complete.
decryptedmatrix.com...
QUOTE:
Photographers are still being classified as potential terrorists in a newly released document from the Department of Homeland Security and the FBI.


What's the difference between a terrorist and a tour-ur-rist ?

What's the difference between a terrorist and a tour-ur-rist ?


Lets hope that the DHS can do better than that, although with the recent
focus on designer purses, and Tea Partiers, I wont be holding my breath.


It doesn't have to do with Obama either, since the media utterly failed to dig out and report the truth, but instead acted as a mouthpiece and propaganda tool for the government for quite some time now.

Originally posted by CosmicCitizen
In the future all "journalism" will have to be passed thru the "Ministry of Truth*" before it can be reported.


Are you referring to the great writing of Babylon 5? Say it ain't so! Or maybe not but that is about the same; along with every other SCIFI writer I suppose.