The Doors' Ray Manzarek dies at 74

I've been a fan of the Doors for about as long as I can remember. We use to always joke that people should be issued a copy of the Doors Greatest Hits at birth.

Thanks for your contribution to great music.

The Doors' founding keyboardist, Ray Manzarek, died in Germany Monday after a long fight with cancer, his publicist said in a statement. He was 74.

The artist had been diagnosed with bile duct cancer.

The Doors formed in 1965 after Manzarek happened to meet Jim Morrison on California's Venice Beach. The legendary rock group went on to sell 100 million albums worldwide, establishing five multiplatinum discs in the U.S.

Morrison died in 1971, but Manzarek carried on The Doors' legacy, continuing to work as a musician and an author.

"I was deeply saddened to hear about the passing of my friend and bandmate Ray Manzarek today," said Doors guitarist Robby Krieger. "I'm just glad to have been able to have played Doors songs with him for the last decade. Ray was a huge part of my life and I will always miss him." 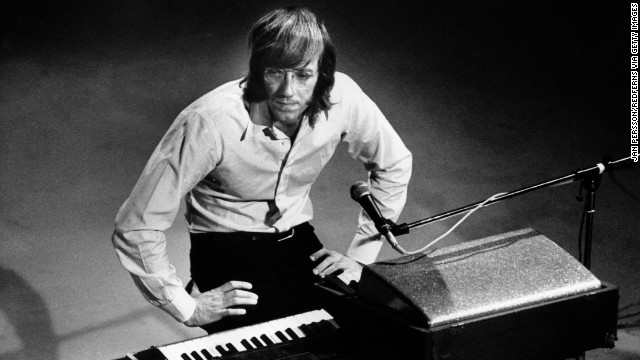 i wonder if jim morrison will attend the funeral.

its the end of an era.

I love the Doors. I love Ray. RIP music man! Say hello to Jim for us!

Thank you Ray. May you rest in peace.

I was born in 1973 but this band played a huge part in my early to late teens. Thanks Dad and Beano.