posted on May, 18 2013 @ 03:02 PM
link
Tales arose in the Middle Ages, widespread and consistent, that there was a Mountain of Venus, in the depths of which she held Court and enticed those of Earth within, an Underground tradition.

I'll give examples of such tales here, illustrated with examples of this made manifest in fantasy, such as the Linderhof Venus grotto and the staging of Tannhauser, and then consider what this was about;

. A man is enticed into their abode, where he unites with a woman of the underground race.

He desires to revisit the earth, and escapes.

He returns again to the region below 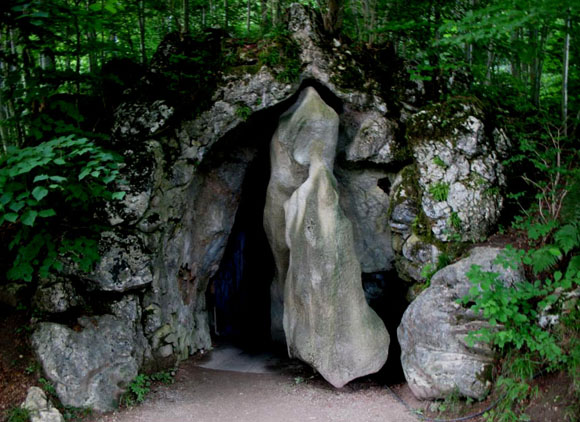 RAGGED, bald, and desolate, as though a curse rested upon it, rises the Hörselberg out of the rich and populous land between Eisenach and Gotha, looking, from a distance, like a huge stone sarcophagus—a sarcophagus in which rests in magical slumber, till the end of all things, a mysterious world of wonders. 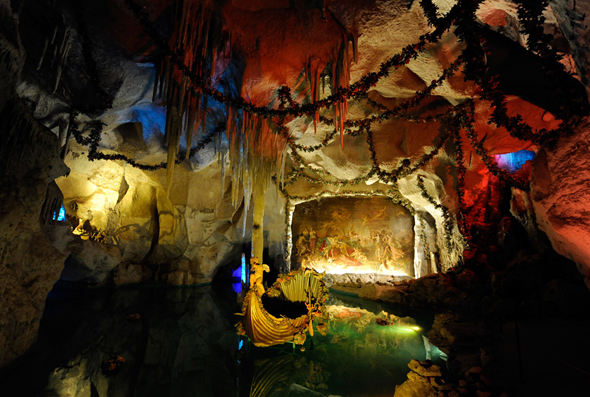 High up on the north-west flank of the mountain, in a precipitous wall of rock, opens a cavern, called the Hörselloch, from the depths of which issues a muffled roar of water, as though a subterraneous stream were rushing over rapidly-whirling millwheels. “When I have stood alone on the ridge of the mountain,” says Bechstein, “after having sought the chasm in vain, I have heard a mighty rush, like that of falling water, beneath my feet, and after scrambling down the scarp, have found myself—how, I never knew—in front of the cave.” 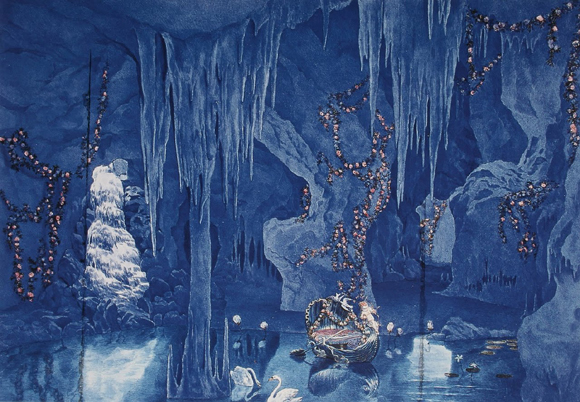 But another popular belief respecting this mountain was, that in it Venus, the pagan Goddess of Love, held her court, in all the pomp and revelry of heathendom; and there were not a few who declared that they had seen fair forms of female beauty beckoning them from the mouth of the chasm, and that they had heard dulcet strains of music well up from the abyss above the thunder of the falling, unseen torrent. Charmed by the music, and allured by the spectral forms, various individuals had entered the cave, and none had returned, except the Tanhäuser, of whom more anon. Still does the Hörselberg go by the name of the Venusberg, a name frequently used in the middle ages, but without its locality being defined. 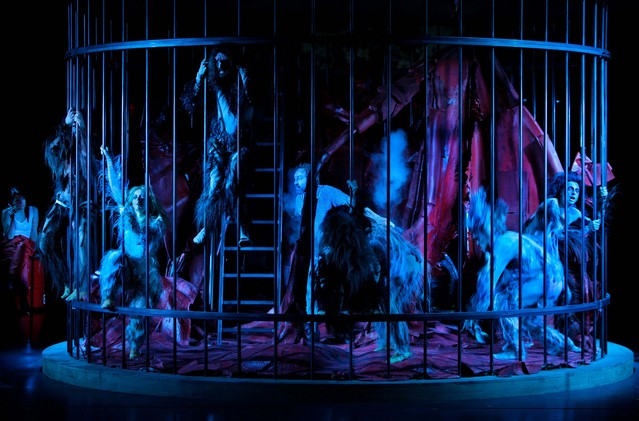 Tanhäuser was a famous minnesinger, and all his lays were of love and of women, for his heart was full of passion, and that not of the purest and noblest description. 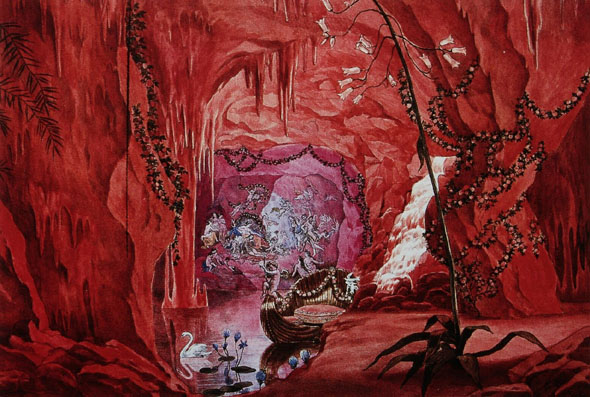 It was towards dusk that he passed the cliff in which is the Hörselloch, and as he rode by, he saw a white glimmering figure of matchless beauty standing before him, and beckoning him to her. He knew her at once, by her attributes and by her superhuman perfection, to be none other than Venus. As she spake to him, the sweetest strains of music floated in the air, a soft roseate light glowed around her, and nymphs of exquisite loveliness scattered roses at her feet. A thrill of passion ran through the veins of the minnesinger; and, leaving his horse, he followed the apparition. It led him up the mountain to the cave, and as it went flowers bloomed upon the soil, and a radiant track was left for Tanhäuser to follow. He entered the cavern, and descended to the palace of Venus in the heart of the mountain. 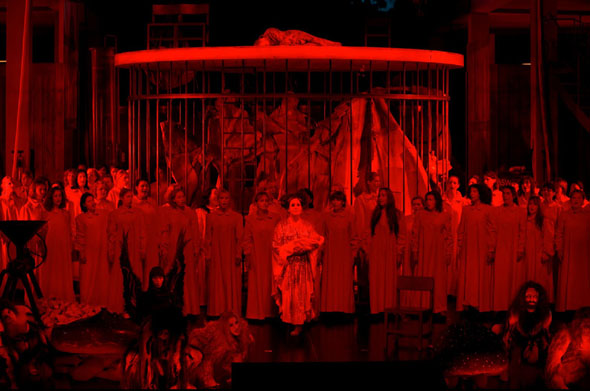 Such is the sad yet beautiful story of Tanhäuser. It is a very ancient myth Christianized, a wide-spread tradition localized. Originally heathen, it has been transformed, and has acquired new beauty by an infusion of Christianity. Scattered over Europe, it exists in various forms, but in none so graceful as that attached to the Hörselberg. There are, however, other Venusbergs in Germany; as, for instance, in Swabia, near Waldsee; another near Ufhausen, at no great distance from Freiburg (the same story is told of this Venusberg as of the Hörselberg); in Saxony there is a Venusberg not far from Wolkenstein. Paracelsus speaks of a Venusberg in Italy, referring to that in which Æneas Sylvius (Ep. 16) says Venus or a Sibyl resides, occupying a cavern, and assuming once a week the form of a serpent. Geiler v. Keysersperg, a quaint old preacher of the fifteenth century, speaks of the witches assembling on the Venusberg. 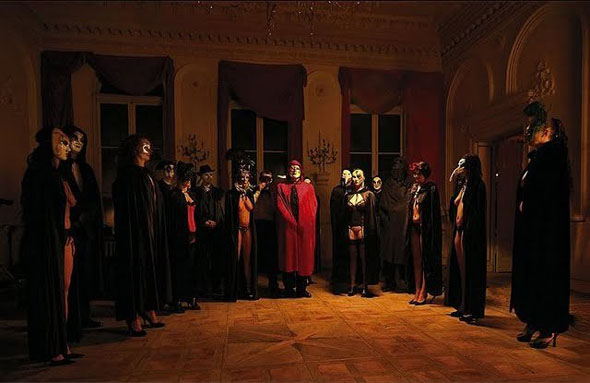 The Scotch story of Thomas of Ercildoune is the same story. Thomas met with a strange lady, of elfin race, beneath Eildon Tree, who led him into the underground land, where he remained with her for seven years. He then returned to earth, still, however, remaining bound to come to his royal mistress whenever she should summon him. Accordingly, while Thomas was making merry with his friends in the Tower of Ercildoune, a person came running in, and told, with marks of fear and astonishment, that a hart and a hind had left the neighboring forest, and were parading the street of the village. Thomas instantly arose, left his house, and followed the animals into the forest, from which he never returned. According to popular belief, he still “drees his weird” in Fairy Land, and is one day expected to revisit earth. 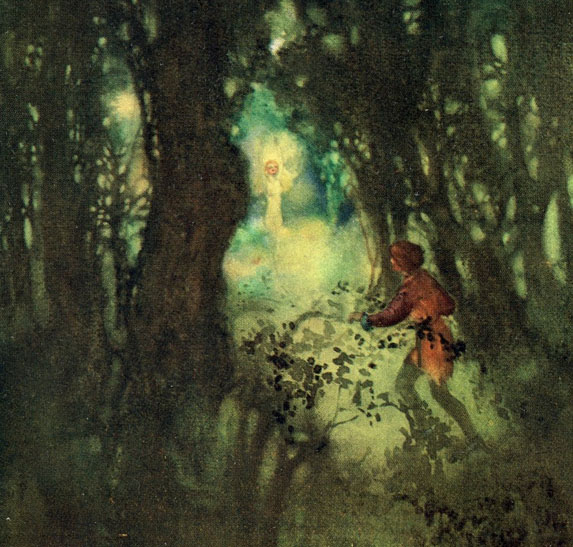 A Swedish story is to this effect. A young man was on his way to his bride, when he was allured into a mountain by a beautiful elfin woman. With her he lived forty years, which passed as an hour; on his return to earth all his old friends and relations were dead, or had forgotten him, and finding no rest there, he returned to his mountain elf-land. 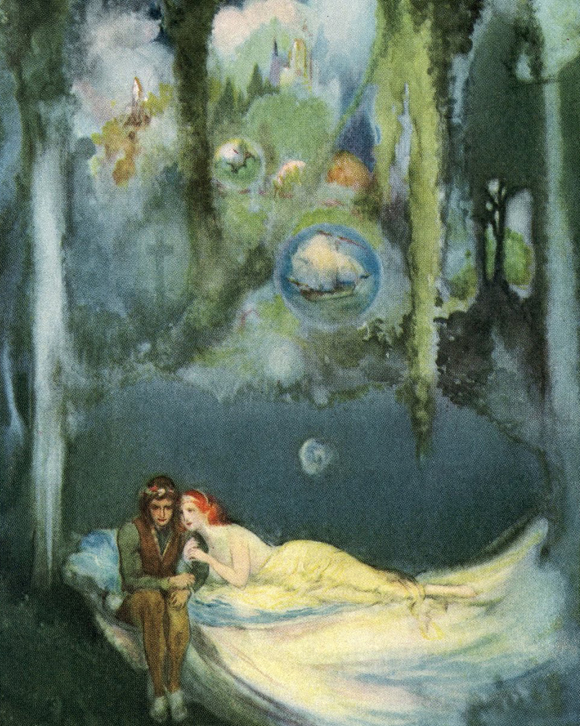 In 1398, at midday, there appeared suddenly three great fires in the air, which presently ran together into one globe of flame, parted again, and finally sank into the Hörselberg,” says the Thüringian Chronicle. 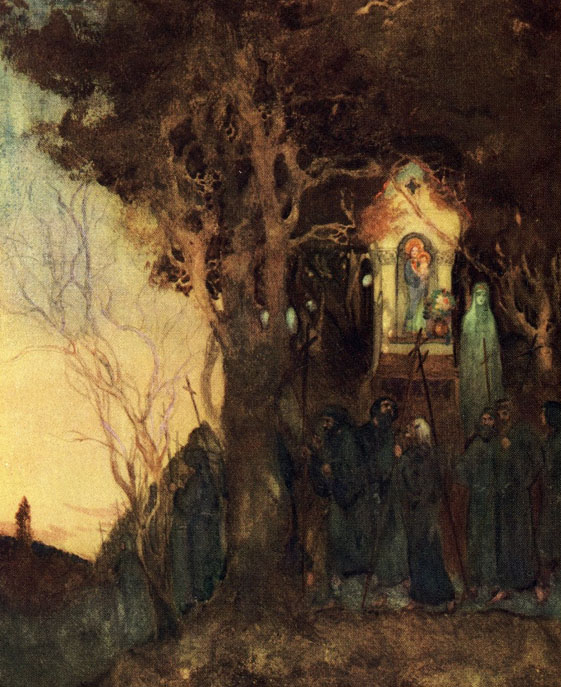 So there is the traditions, one sees in the artwork the importance of colour and light, this is the Cult of the Goddess that wears the rainbow necklace, Inanna, Ishtar, Venus, the Queen of the Heavens, and all the twinkling lights therein, the cosmos reduced in miniature to within the grotto.

In the movie 'Eyes Wide Shut ' Kubrik played upon this tradition, the masque of Venezia, to suggest there was an actual underground cult of Venus, albeit one that was controlled by the powerful and wealthy, corrupt and degenerate...he did however balance this with the conclusion that the natural impulses from deep within could triumph over that masquerade, that Venus was still alive and well. 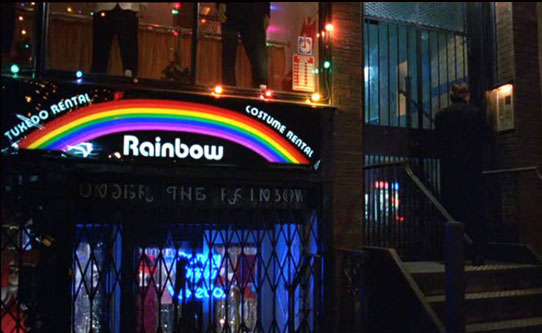 posted on May, 18 2013 @ 05:12 PM
link
You never fail at creating an interesting thread Kantzveldt. I always look forward to them.
I wonder if Shocking Blue was thinking of this very tradition and Mountain when writing their song, Venus.

Maybe, it was certainly a central theme in Lord of the Rings movie, were Arwen as the Evening Star aspect of Venus enchants within Rivendell were time passes as a dream, this had the traditional Elfin Princess theme courting a human male...with a not often seen happy ending.

posted on May, 18 2013 @ 06:33 PM
link
It amazes me how much ancient history and mythology play a part in our lives from "womb to tomb", and we often don't even realize it, or where it comes from.

It's one of the reasons I appreciate the threads you and others make like this. It helps make those connections we would otherwise be unaware of.


Well imagine my surprise when I came upon your thread ... only last week I finished a book entitled 'The Secret Crown' by Chris Kuzneski.

It's a fast paced thiller that describes this very cave and has it linked to King Ludwig II of Bavaria (1886) ... the story and explanation for the cave is filled with intrigue ... you'd love it (well worth a read).

I'll have a read of that, it does sound a good basis for intrigue, Ludwig did built the grotto based on Tannhauser stage design, complete with artificial lighting.


The Venus Grotto is an artificial stalactite cave, built at the behest of King Ludwig II. It features a grand entrance, an underground lake, and a golden swan-boat. Wanting his very own Blue Grotto (a famously colorful and naturally lit cave near Capri, Italy), the King ordered the installation of colored lights. Believe it or not, the dynamo, or early electric generator, had been around for some forty-five years at this point and served to power the King’s colorful display. Ludwig II would escape to this incredible hideaway to be rowed around in his golden boat.


There was also this recent controversy, which i'm guessing is to some extent an aspect of the novels intrigue.


When I read the book I couldn't stop thinking about how spectacular this place must have been not realizing it actually exists. Ludwig II, certainly loved his frills and fancies not to mention his obsession with swans (the Black Swan is featured greatly in the book).

If you manage to find a copy and read it you must let me know what you think about it.