posted on May, 11 2013 @ 03:50 PM
link
I found this thing buried on the outer edge of where I live, it's on the boundary with a park but still weird.
It shouldn't have been there whatever it is.

Wrapped in a red handkerchief just below the surface, some kind of pottery but with some kind of soft tissuey stuff inside it that instantly disgusted me for some reason, I just grabbed a shovel and put it in the dumpster that we have at the edge of the park.

Could be some kind of fruit or something but why wrap it in a red sheet like that and bury it like WTF? lol
Especially right by my place in plain sight. Someone had to bury it and that weirds me out. It didn't just get left there and bury itself i'm cleaning that place up like every 2nd day.

The shell was tough and it broke when I hit it by accident that's how I found it,
but the inner part was somewhat gooey. I was thinking body part at first

Probably nothing but just a kind of humbling reminder there are weird things presumably out of plain sight all over the place.

But your find makes me think coconut. Some people do bury them to soften the shells so as to cut them easily and use them for art or whatever.

posted on May, 11 2013 @ 05:37 PM
link
Could it be someone's pet that died and they buried it? The only reason I say that is, because, my daughter's hamster died a few years ago and she insisted on burying him in a velvet lined jewelry box and wrapped it in a Mickey Mouse blanket before we buried it.

I always wondered what someone would think if they dug it up.

posted on May, 11 2013 @ 05:58 PM
link
reply to post by yourmaker
I would put it back just to be on the safe side- you might be messing with someone's juju and it could turn bad on you.

posted on May, 11 2013 @ 06:08 PM
link
Maybe a kimchi pot someone forgot to dig up? I pulled into work one morning and found a rolling trash can that was tied up with rope and had a trash bag over it. It was filled with smelly brown-black liquid and had maggots crawling on the inside of the can. I thought "body"! I called the cops, who thought "body"! They called the fire dept, who thought, (can you guess?) "body"! They called hazmat, who came and thought.......excrement! They theorised that someone emptied an RV holding tank, and then hazmat left it for me to deal with!!!!!
edit on 11-5-2013 by Magister because: correction
edit on 11-5-2013 by Magister because: another correction

I know my first reply might have sounded flippant but I was being genuine
Not that I am into such things but I have been around people that were into Wikka and or Voodoo quite a lot and it does look like a part of a magical ritual to me.

From the red wrapping maybe it's a love spell and someone likes the OP rather a lot . 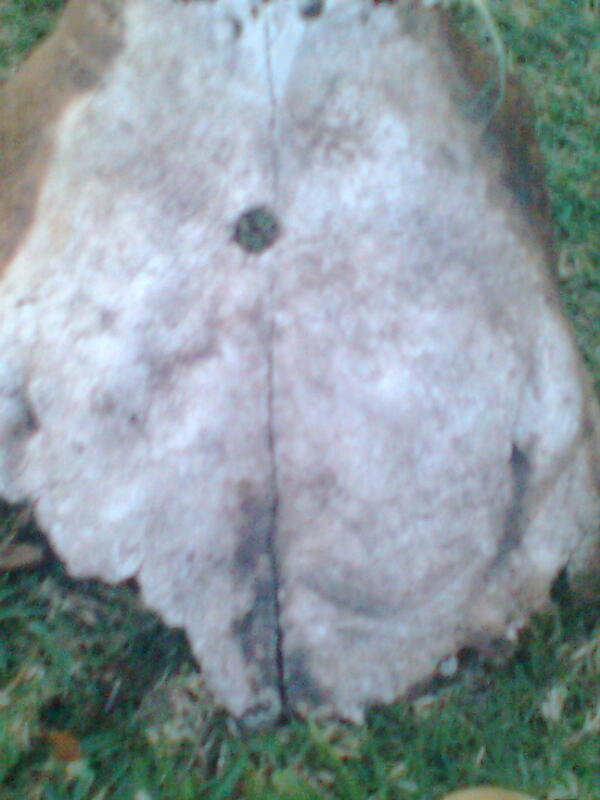 This animal skull with a bullet-hole that i found on my lawn one morning. 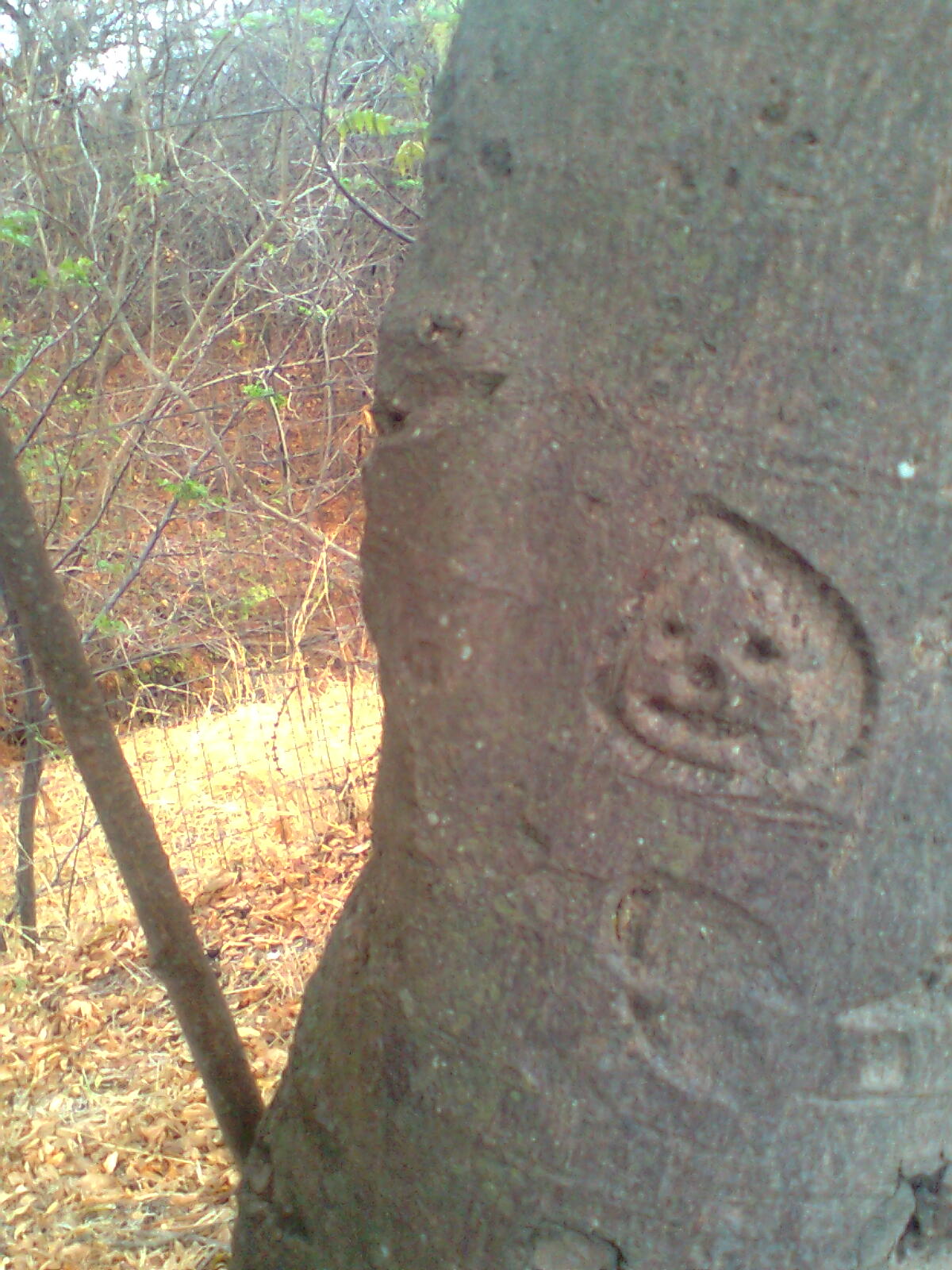 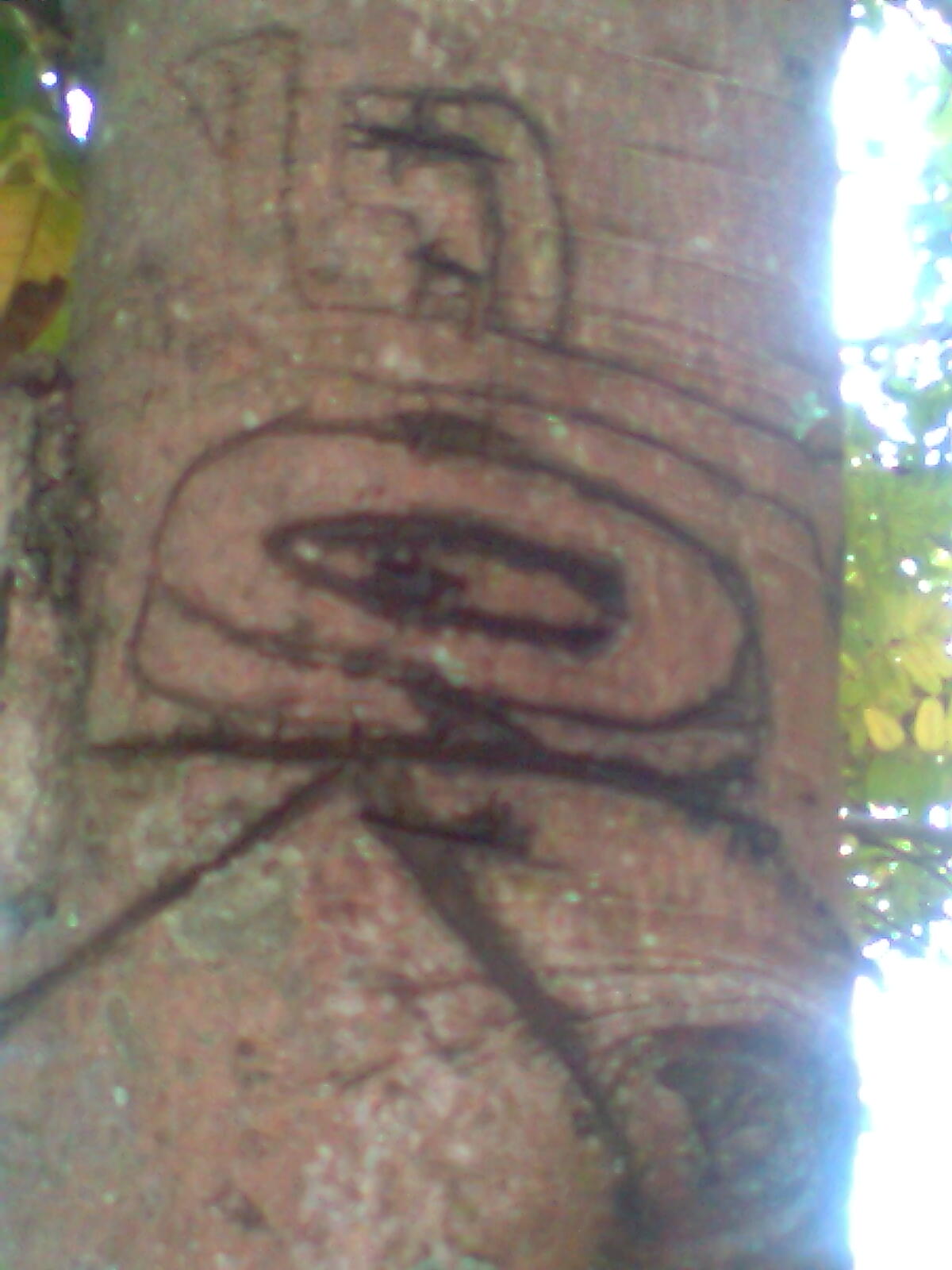 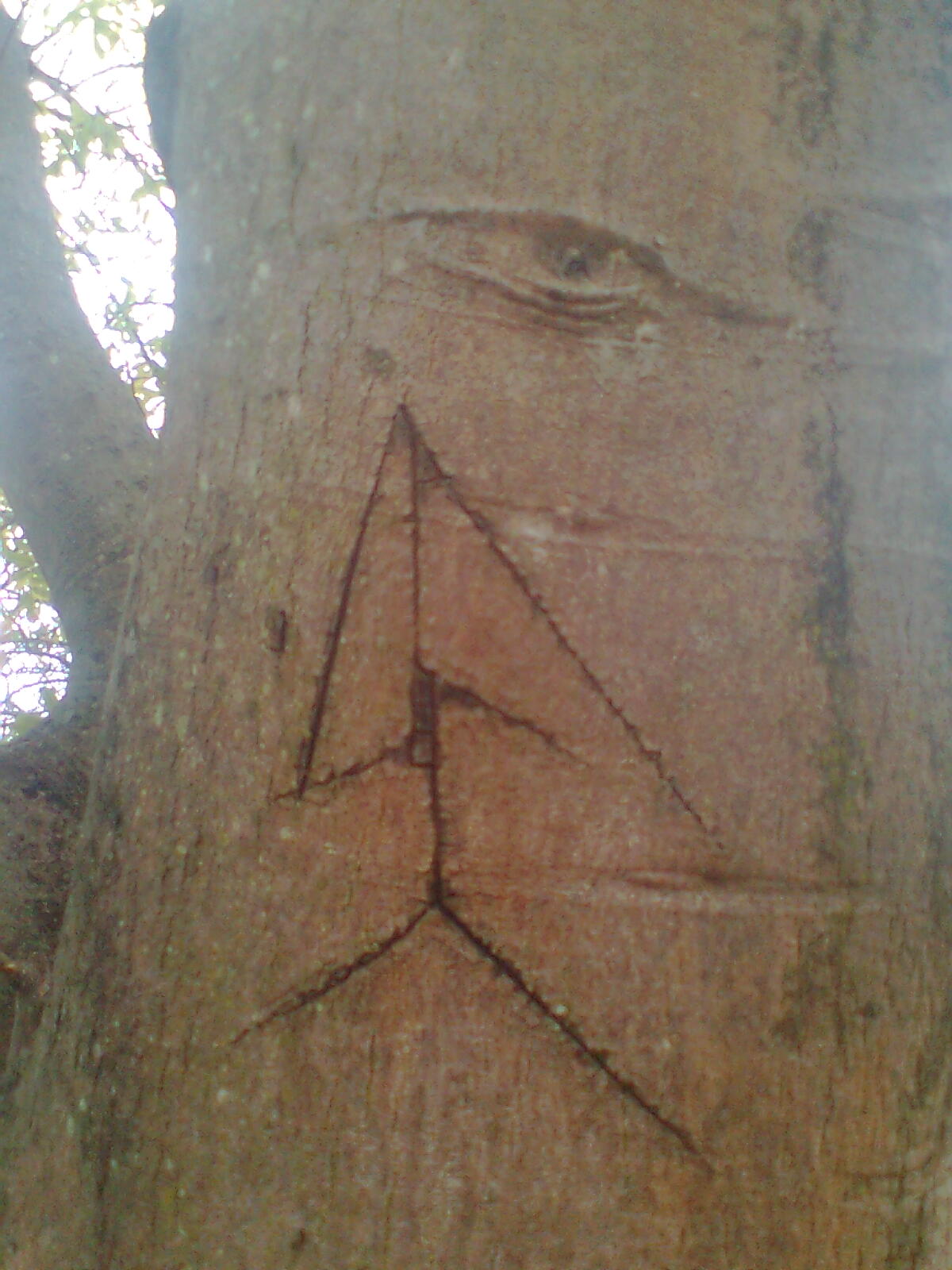 
I am not sure what they are meant to symbolize to be honest.

However, I will say looking at those for any length of time gives me an uneasy feeling. I'm usually not one to talk about "vibes" but they give me "bad vibes".

posted on May, 11 2013 @ 06:49 PM
link
This is not what it looks like.Its some...thing-that lives in water.My daughter's best friend's grandmother has this.For a reason i can not comprehend. 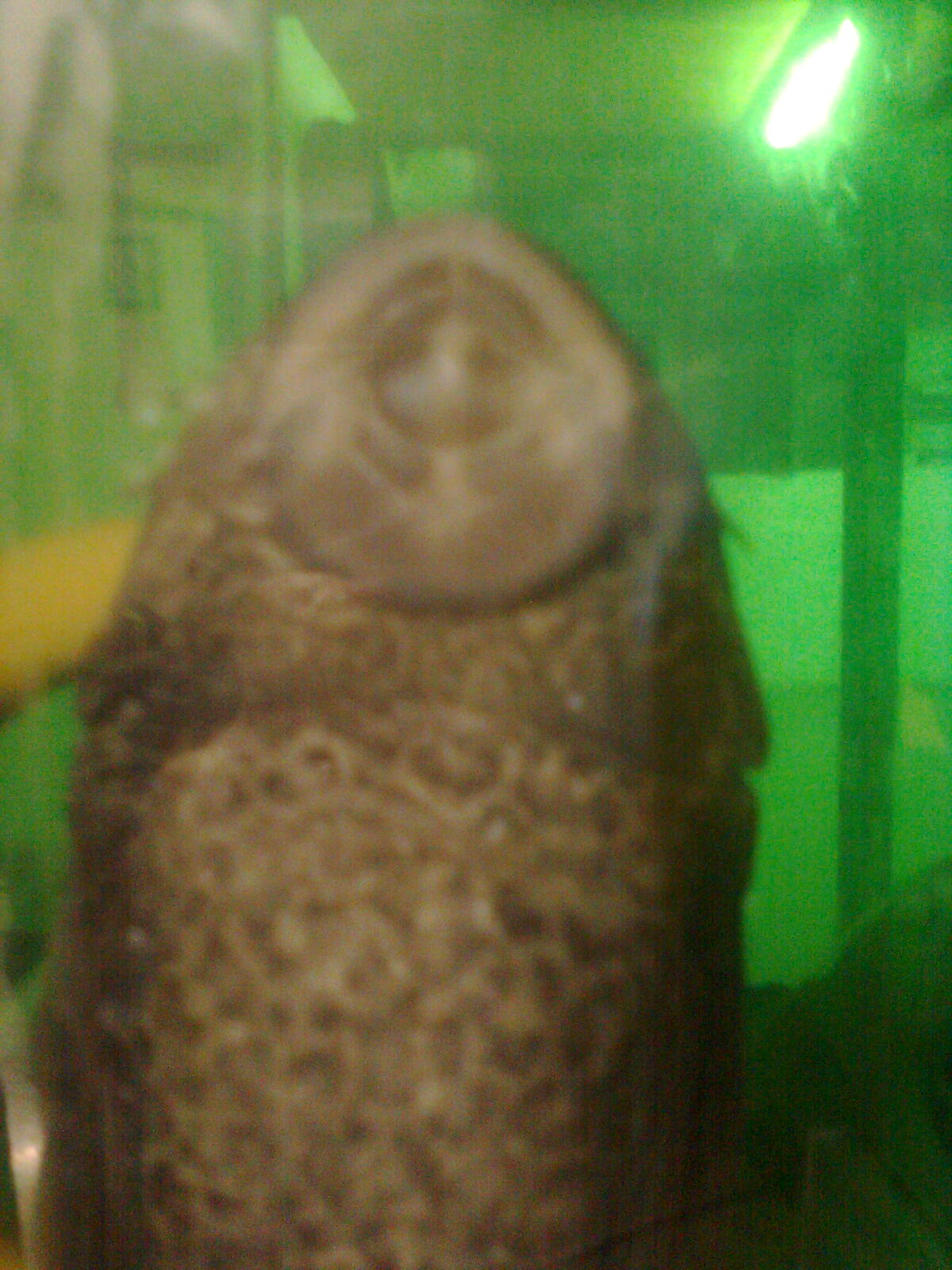 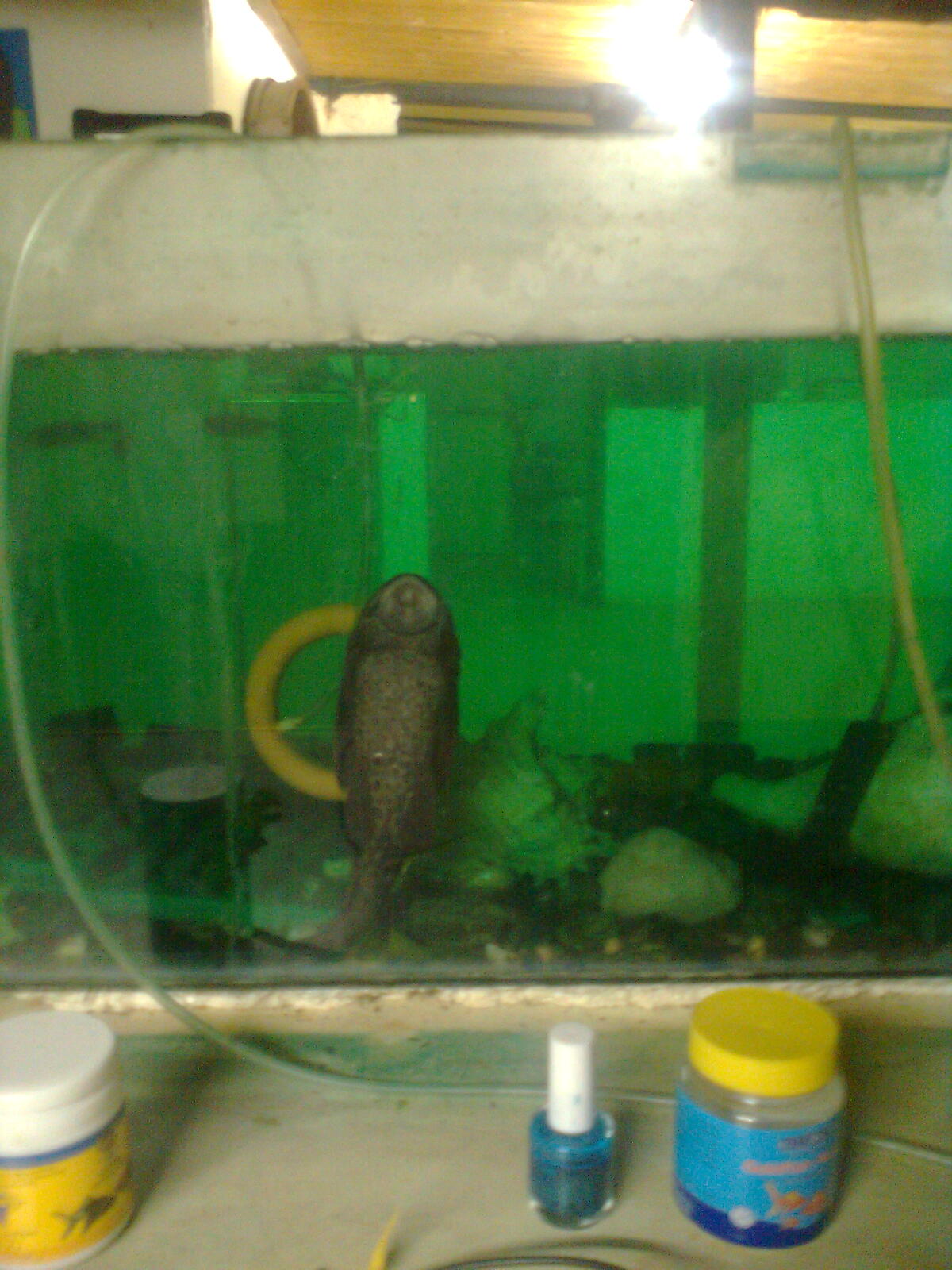 Hi Frogs.They look almost Native American,don't they?And i'm in Africa. For some reason, the marking of the little face is the one i find creepy.

posted on May, 11 2013 @ 06:57 PM
link
reply to post by Raxoxane
It's an algae eater. It eats algae and gook and helps keep the tank clean. They are harmless and you can put them in a tank with most kinds of fish and they (the other fish) usually don't bother them.

posted on May, 11 2013 @ 07:17 PM
link
Here's something weird but totally cool i found sometime last year-a piece of twig,that looked like a little face-but the darndest thing was-if i pressed on a certain point,it had the effect of a jaw,and the mouth opened-complete with little "teeth"! 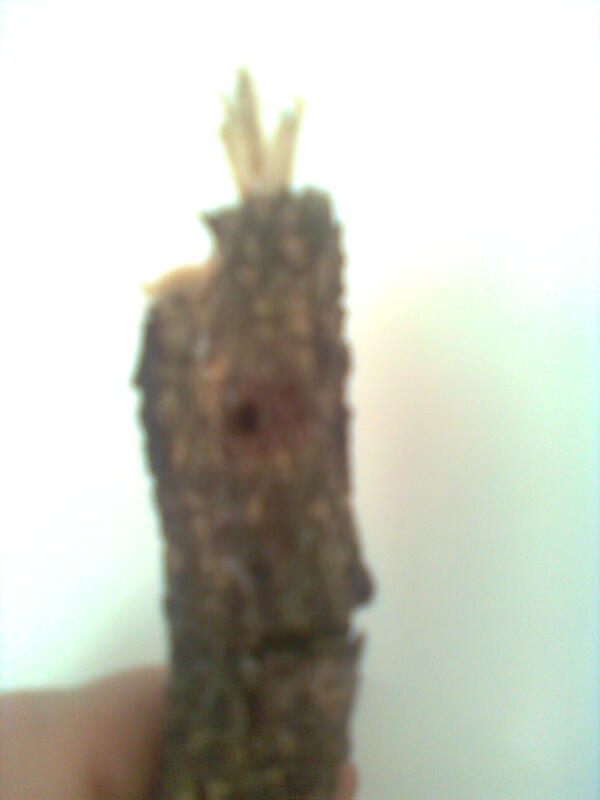 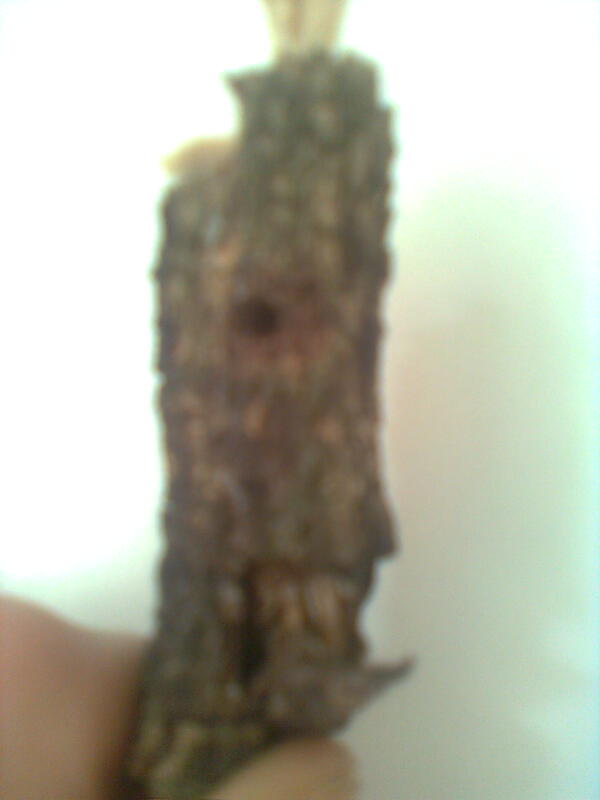 Oh i see
to me it just looked Nasty


Maybe someone was just attempting to ball plant a non native fruit?

Yanno, take a little melon, lychee, or beal fruit (works with apples and oranges too,) wrap it in a light cloth soaked in water and plant it. Plant it just below the surface with the stem pointed up. The fruit itself rots, fertilizing its own seeds in place. The cloth is to help protect it from critters.

posted on May, 31 2013 @ 02:28 AM
link
I went to visit my best friend yesterday and she showed me an empty jar,looked a few years old but not ancient.Now what happened,her husband was sitting on the couch and heard a strange beeping sound-and when he lifted up the cushion/scatter cushion on the couch where he was sitting he found this jar, Like an apport. Inside was what looked like very old urine-and some semen..how gross it must have been to find that I can't even imagine.These are people in their 60's so no drugs or silly bugger pranks by friends,this.Weird things and supernatural things have always happened in that house,and to them,especially to her in childhood and to him in the past few years.That was the grossest thing ever though.
edit on 31-5-2013 by Raxoxane because: typos


You don't want a freshwater aquarium without one though. They make maintaining the tank a LOT easier. And, they can actually be beautiful with very nice fins, etc., mine was, surprisingly so.