Thanks for having me!

As soon as I am done gathering information from the site and reporting it to my superiors in the CIA, I will ship you your presents.

I would love to give you presents, but I'm super busy and broke now because of Des.

These bunches of carrots...I surmise he snitched out of some Bunny's garden.... 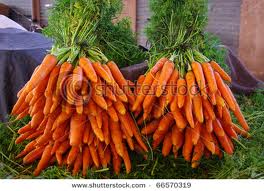 
Beggars can't be choosers.
Count yourself lucky that you got here first and hide them from Beezer.He loves carrots.


Welcome to wonderful ATS....where we... 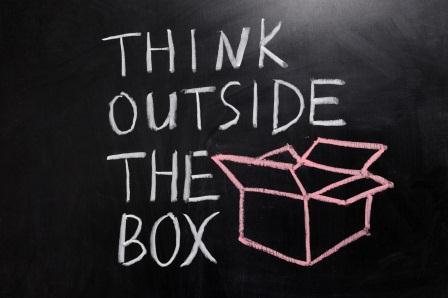 posted on May, 2 2013 @ 12:13 AM
link
I have no where else to post this, so I apologize for hijacking this introduction thread. OP I hope you can forgive me, and mods please do not delete this. This could be important. This could be the ramblings of a confused person. All i know is my life has grown severely surreal and strange. I have the urge to get this all out, regardless of how it may make me look. I personally cannot stand posts like the one I am about to write when other people do them so I assume I will have generally the same effect on you all. This isn't coming from some egotistical, narcissistic need for attention, I can assure you of that. The words that follow are the result of too many weird things happening in my life and the confusion that has been created.

When I was a child, probably about 5 or so, I stood in a grocery store playing a candy crane type of game to win candy for quarters. The backdrop of this game was a mirror. As I played, I saw two older people, one male, one female, both unkempt and haggard standing about 20 feet behind me, staring into my eyes through the mirror. They began to hiss and growl at me. I was terrified. My mother saw and grabbed my hand , pulling me away.

Growing up, I could feel a change in the pitch of the environment around me whenever somebody would show up or leave. I could be isolated and just know somebody left or just showed up based on the way the room felt to me.

As I got older, weirder things would happen. I've always been extremely sensitive and able to easily feel what another person was feeling. My mother always seemed to know what I was thinking, as if I was thinking too loudly.

I was leaving a store one day in my early twenties and a young child looked up at me and said "Hi" and then he said my name. I don't want to type my name here, but the child, maybe 5 or 6, knew my name and said it to me after saying hello. I said hi back, but I was a little confused .The child's mother grabbed his hand and quickly rushed him away, as if he had just done something wrong.

I had to pick up a cake for my job so I went to the grocery store. My job gave me money specifically for the cake so it's not like I was in need of cash. While standing in line, a woman I don't know came up to me and demanded to pay for the cake. I said no thank you, but she put a ten dollar bill in my hand and ran off.

When I first met one of my best friends, the first thing he said to me was "Sometimes I feel like I'm just a character in somebody else's dream, and I feel like I have to say that to you." He said he never said that to anyone else.

I've taken magic mushrooms several times. One time while tripping, a friend kept asking me who I was, over and over and over again. The word "God" popped into my had and I said it outloud. My friend shook his head in agreement.

Another time on mushrooms, me and two friends spent three hours having telepathic conversations that we later verified and confirmed while sober.

Another time on mushrooms, I ate far too many. I sat alone in the dark in my bedroom and had an out of body experience. I saw myself sitting on my bed, while I floated in this ocean of love and possibility. I realized I was pure awareness. I saw how whatever I put my attention on, I am, and so is my reality. I saw how I change the world by changing my state of being. While out of body, I also saw the future, including this moment right now (i'm getting insane flashback deja vu sh-t to that night which was 7 or 8 years ago, while i write this). I told one person about this experience. They called me crazy. I never told anybody else.

I got a random email from a stranger that said that I am the only point of consciousness, and this is my dream, and everything and everyone else is a reflection of my chosen state of being.

I've been able to just know what every girlfriend I've ever had was thinking. It creeps them out.

Another friend of mine got black out drunk and started telling me that I need to wake up because the world needs me. I uncomfortably sat quiet and didn't respond as I didn't know what to think.

I like a girl I work with. I mentally tried to tell her this. I also told her mentally about the times I took mushrooms to explain how I could mentally communicate. The next day at work she began asking me about mushrooms and said she knows I take them. She heard me in her mind.

Another conspiracy site has a meme that often details aspects of my life. This is gross but true. One day I took a sh-t, and literally 5 minutes later somebody made a meme post saying that I just took a sh-t.

One of my favorite bands came out with a new album, and one song on it has the lyric "You are the one they call Jesus Christ."

People always tell me I look super familiar but they can't place it.

I don't want to be anything that I'm not. I just feel crazy the more this sh-t happens. It's gotten so intense lately that I don't know what to do or think about it. I just want to be me.

I'm either enlightened/evolved and the world needs to catch up,

I'm the only point of consciousness/God

I suspect most of you will call me batsh-t. That's understandable.


I needed to get that all out or I swear I truly would lose my mind for good because all of this has just been building up.

As for how I feel?

I spoke into more people's minds today at work and I could feel them getting weirded out because they knew what I was doing.

I once felt somebody "forget" something.

I often just know what somebody is going to say or do beforethey do it.

Feel free to call me crazy.

I wrote this because I needed a therapeutic outlet to vent all of this out, as I keep it to myself all the time because even I think it's just insanity. But too many weird things have happened lately where it's getting to the point where I just cannot deny that there is something up with me. I'm different.

I'm either the only one, or everyone needs to catch up to me, or I'm just completely insane. It's all too much lately.

Sorry for hijacking your thread OP.

Love to you all.

To hijacker ElevenTwentyThree, srrsly guy, lay off the shrooms, they will rot your brain.

I'm looking forward to pillaging and plundering your land, wares, and women.

Clearly, the actions and values of Attila the Hun, the 5th Century AD barbarian that brought death and destruction upon the crumbling Roman Empire, point to him being a savage and demonic leader. The havoc that he wreaked throughout Europe led to him being self-dubbed[1] “The Scourge of God”. This pseudonym Attila was known by is symbolic of his manner of conquests, ruthless barbarity. Although Attila displayed savage acts of violence and cruelty in his campaigns, a sense of forgiveness, justice and inspiration is illustrated off the battleground. His centralisation of Hunnic authority and unification of the Hunnic tribes is unmatched by any of his predecessors. On the contrary, all sense of justice and respect is lost in Attila during battle and during the post-battle pillaging and looting commissioned by Attila; a further demonstration of his savage and barbaric qualities. In addition to this, when faced with a formidable opposition, Attila could not stand up to the pressure. He relied on terror tactics and fear alone for victory, which reverted back at him when this fear had been come to terms with by his opponents. This essay will demonstrate that Attila, despite the occasional instance of forgiveness and justice, was a demonic savage with one goal, as Jordanes states in “Getica”: “He was a man born into the world to shake the nations, the scourge of all lands, which in some way terrified all mankind by the dreadful rumours noised abroad concerning him”. Was Attila the demonic savage he is made out to be[2] by historians such as Jordanes, Gibbon and Priscus, or is he an inspired leader? Although the generalisation that Attila was wholly a savage barbarian is incorrect, it is important to keep in mind the legacy he left was one of a barbaric, cruel and unforgiving leader whose actions are the hallmark of a demonic savage.

And welcome to the site. 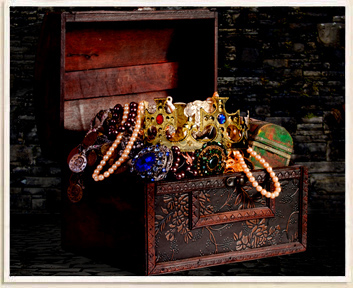 
Welcome Glad you joined us.
Here's a welcome bacon cake...hope you like bacon! 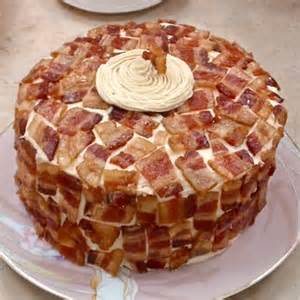