The 2nd amendment means nothing unless those in power believe you would have no problem simply walking up and shooting them if they got too far out of line and stopped responding as representatives. It seems that we are unable to muster that belief in any of our representatives on a state or federal level, but we have to have something, something costly, something that they will fear that we will use if they step out of line. If we can’t shoot them, we have to at least be firm in our threat to take immediate action against them politically, socially, and civically if they screw up on something this big. Personally, I think a gun is quicker and more merciful, but hey, we can't. But we have to do something, we have to gain control of our representatives, if we don’t then what the hell are we doing as a party except having fundraiser dinners and meetings just to raise more money for future meetings and fundraisers, and giving money to empower and elect those who would betray us without having the control to keep them in line once we do? See the pattern -- you have to know you can guide the processes you begin, if you don't, it is better not to start them. And we have to follow through, even if they are our 'friends', because the future of the nation depends on it.

This is how Conservatives feel they should handle everything it appears. If we don't do everything the hard line Right wants us to do, if we don't cow to their insane endless demands, their idea is to kill those people.

This is the reason we need gun control in this country, it's not responsible gun owners that's the problem, it's those that would use those same guns to tyrannically control our government with threats and acts of violence. 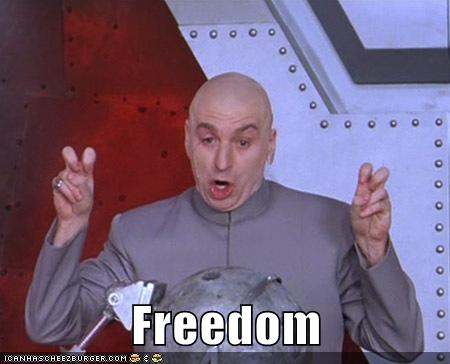 The 2nd amendment is for the prevention of tyranny, not the implementation of.

posted on Apr, 22 2013 @ 07:36 AM
link
It seems to me, he could easily be construed as saying this about members of the National Command Authority. I.E....The President and his line of succession in the event of tragedy or war. THAT constitutes a Federal Crime, even if you're just kidding and no exception exists for political sarcasm or ignorant stump speeches.

Perhaps he ought to be introduced to that law by the hard eyes of men who have absolutely NO sense of humor when it comes to talk about shooting elected leaders. In fact, I believe he should be. Very much so.

Please don't confuse this ignorant fool with conservatives anymore than Todd "The Imbecile" Akin should ever have been confused with Missouri Conservatives or level of education in this State. (McCaskill was re-elected with plenty of Missouri Republicans who absolutely wouldn't tolerate Akin in Office...I was among them).

Taking one dangerous goofball like this to represent almost 50% of this nation for world view and political mindset is no more fair than saying Jimmy Carter represents all democrats or liberals ....or Obama does. It just doesn't work, IMO.
edit on 22-4-2013 by Wrabbit2000 because: (no reason given)

When the US Government can show "responsibliity" using their guns, they might be able to lecture us little people on proper usage.

The US Federal Goverment has a long history of shooting first, then thinking about the consequences later.

The right of the people is rather clear.

posted on Apr, 22 2013 @ 03:05 PM
link
Unfortunately this is exactly the mindset of many many conservatives. Let's not forget Sarah Palin's gun crosshairs on congressional districts, or Sharron Angle's "second amendment remedies" line.

This isn't an isolated incident, it's a widespread ideology. We the people are being threatened by a group of people who believe that this government should do everything they say or risk a wave of violence. This isn't the markings of a group that wants a Constitutional Republic, this is the work of extremist maniacs hell bent on the destruction of freedom and the United States as a whole.

-I am appalled by the stupidity of even "joking" around or saying those things in jest. I hold some Conservative and some Liberal Views (as I think most of us do...) and am a staunch supporter of the 2nd amendment. I just wish we still HAD a second amendment (we do NOT IMHO) since its been guttet beyond belief since the mid 20th Century.

The argument used that the 2nd Amendment is to prevent Tyranny from withing is valid, true and right- But if that were so (and it technically is) the Spirit of the Amendment called for the populace to have Arms equal to what the Military has...Otherwise its null and void. You cannot write an Amendment with a spirit of bringing Citizens and Military on equal terms and then fight over an AR-15 when the Military has M-60s, SAW's, Tanks , Weaponized Drones and the like and use that very argument since the point is already moot.

The slippery slope behind the loss of the second Ammendment has been happening for nearly a Century- Oddly enough though, when looking at the Second Ammendment as the right to protect oneself from "Crime" we are in a far better place than we have been n my lifetime. More CCW's , easier to get one and available in more States... The problem is, this was not the intent of the second.

So we fight over an (essentially) dead Amendment. And in all fairness, our founders never dreamed of the Arms which technology would make available- The second was written at a time of Flintlocks when even a "repeating rifle" was almost a century away. Looking at Computers and Computer law (and how quickly technology changes the playing field) I could imagine rights being written for today involving a Computer will have a different intent in 100 years based on variables we cannot dream of.

-In closing- I support the Second. Fully and without give- Yet , I know this is a WEDGE ISSUE with very little real bearing (since the Second as originally intended is long dead) designed to distract and divide.

posted on Apr, 22 2013 @ 03:29 PM
link
A:It is NOT moot enought people armed with appropriate weapons and ammo caring capacity can halt the progress of a military assault.
B:The things get REAL ugly when they stop and they don't ALL have cover to run to.
I don't support killing anyone in this regard but they better not try and attack me or see line A

Originally posted by cavtrooper7
A:It is NOT moot enought people armed with appropriate weapons and ammo caring capacity can halt the progress of a military assault.
B:The things get REAL ugly when they stop and they don't ALL have cover to run to.
I don't support killing anyone in this regard but they better not try and attack me or see line A


It totally is a moot point.

I know the "Rambo" daydreams many have , internet tough guy talk and the like (and I am sure its not all talk with everyone as well...) but MOST people couldnt survive a winter in the Wilderness. Most people can only hit a target in their daydreams, most people are not trained to work within a squad and attempts to organize any resistance would be put down quickly.

With the technology and weapons the "Government" has, it would be an utter massacre if they really did wish to "take over" and they would be prying lots of firearms from cold, dead hands (but not as many as you would imagine because most are just talk and would turn their firearms immediately when asked)

-Look at WACO. Those guys were armed, trained and supplied. They didnt last long and would have lasted far less had the media not been close by. Or the "Silent Brotherhood" who did the largest brinks Armored car robbery, funded an Army and had access to funds, weapons , training, etc... THEY didnt last long.

Or William Cooper who really did have the backing of the Militia... Shot dead and alone. Or the Rainbow farm massacre which happened after the Michigan Militia promised to protect them and never showed up.

A trained Army vs a bunch of people who talk tough... Now the ones ou there who are legit (and there are many) will at best be able to make small cells and hide away doing small local attacks- But they will still lose.

posted on Apr, 22 2013 @ 06:27 PM
link
The point here is, we as a society have decided that we would have a Constitutionally Representative government. But here this guy (and others) who have decided that if our elected representatives don't go along with what THEY say, then the only option is to blow them away.

Doesn't any one else see what is wrong with this picture? This isn't freedom, this is despotism at it's very core.

Do we want to live in a despotism? Where the strong take from the weak, where the only rights one has is the rights one can secure for themselves through force and bloodshed?

Freedom doesn't mean, do what I say or we are going to kill you. That's not freedom. But that's what gun advocates want. This is why they are so about protecting their "2nd Amendment Rights" it's not about the right to bear arms, it's about their perceived right to shoot elected officials they don't agree with politically.

The way gun rights advocates go on about the 2nd Amendment you could easily compare them with the Taliban without much effort.

I realize he is using this in the current Gun debate.
I wonder if He would be OK if someone Shot him, for not keeping his Budget in Line, or His Stance on Soft Drink Size.

Basically, this Nutjob just gave Permission to People to Kill Any Rep, that you dont agree with. extra DIV