Physicists To Test If Universe Is A Computer Simulation

Title pretty much speaks for itself. These kinds of things kind of make my head hurt to be perfectly honest. I find it hard to believe we could actually live in 'The Matrix'. And I almost find it harder to believe that people get paid(and probably paid well) to research such things. I'd be okay with that job.
edit on 18-4-2013 by OGOldGreg because: (no reason given)

I'd be okay with that job.

What am I doing? Or am I doing it at all. Am I a result of the simulations parameters?
Or is my creation inevitable in any set of circumstances?

Originally posted by FraternitasSaturni
good. as long as he doesnt crash this crap... its all good. 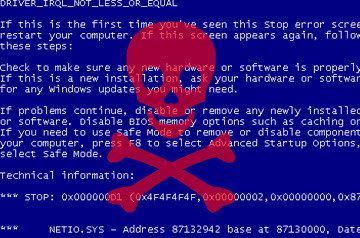 posted on Apr, 18 2013 @ 10:03 PM
link
I really hate that all of these questions will be answered after I'm dead. From the University of Washington report that the source referenced:

Currently, supercomputers using a technique called lattice quantum chromodynamics and starting from the fundamental physical laws that govern the universe can simulate only a very small portion of the universe, on the scale of one 100-trillionth of a meter, a little larger than the nucleus of an atom, said Martin Savage, a UW physics professor.

Eventually, more powerful simulations will be able to model on the scale of a molecule, then a cell and even a human being. But it will take many generations of growth in computing power to be able to simulate a large enough chunk of the universe to understand the constraints on physical processes that would indicate we are living in a computer model. (Emphasis added)


I gotta say the draw distance is pretty sweet and the 3D is impeccable.

posted on Apr, 18 2013 @ 10:06 PM
link
I feel like if someone or something were able to create something as complex as our universe, even through a "computer" they would probably be prepared for such experiments, and/or ways of us finding out about it.

Originally posted by yourmaker
I don't understand why the simulation decided to run "MY" programming then?

What am I doing? Or am I doing it at all. Am I a result of the simulations parameters?
Or is my creation inevitable in any set of circumstances?


I would think that your creation, or anyone's creation for that matter would NOT be inevitable in any set, but would actually be specified by an EXACT set of circumstances. In other words, You are exactly You based off Exactly what makes you up biologically and what you are influenced by in the environment surrounding you. You as you are today couldn't and wouldn't be possible if the paramaters which made you were changed. Any single change would cause an endless chain of other tiny changes which would result in any number of differences.
edit on 18-4-2013 by mOjOm because: (no reason given)

posted on Apr, 18 2013 @ 10:17 PM
link
I just hope some virus or mal-ware doesn't hit the platform running our simulation. It could get real ugly for us inside of it. We could end up splattered all over the other alternate universes running on the same platform.
edit on 18/4/13 by spirit_horse because: (no reason given)

It looks to me like they're saying if we can model the universe then it might be or is plausibly a simulation. But if it turns out that it's impossible to model it then it's not a simulation.
edit on 18-4-2013 by jonnywhite because: (no reason given)


If such a concept turned out to be reality, it would raise other possibilities as well. For example, Davoudi suggests that if our universe is a simulation, then those running it could be running other simulations as well, essentially creating other universes parallel to our own. “Then the question is, ‘Can you communicate with those other universes if they are running on the same platform?’” she said.

The better question to me,would be can we manipulate the simulation and make our circumstance better. Is anyone keeping track of it and would they let us interfer, change the program.

And if such signatures do appear in both? Boot up, baby. We're inside a computer. (Maybe).

A quote from the OP linked article. All i can say is please dont run our simulation using Microsoft Windows, we will be condemining the new creation to more bugs than they can shake a quantum calculator at.

It looks to me like they're saying if we can model the universe then it might be or is plausibly a simulation. But if it turns out that it's impossible to model it then it's not a simulation.
edit on 18-4-2013 by jonnywhite because: (no reason given)


Yep, basically that's it. However, the difference can be seen better if I change your wording just a little to this: "If it is possible to create a simulated universe comparable to our own, then not only is it plausible that we are living in a simulation, it's almost certain that we are."

The only real assumption in the whole thing comes down to whether or not such a complex simulation is possible. Once we can answer that, the rest will very quickly become clear. What is interesting about this idea is that many very intelligent people from scientists to engineers and more believe that given our exponetial growth of technology and computing power, that it is possible to do and that we are actually not too far off from being able to do it. But then they might also be way to optimistic about what we are actually capable of, even with a massive increase in technology.

posted on Apr, 18 2013 @ 10:56 PM
link
I think what's implied is that if it's computable then it's finite. HOwever, you can't say for sure that because something is finite then it must be existing on a computer.

Notice that the article said MAYBE.

If it turns that something is infinite and not computable then they'll argue our universe isn't a simulation. However, even this I find questionable. HOw can we know it's infinite if we're finite? You may be able to imply infinity through math and theory, but it's still questionable to me.

Just seems like a question that's unanswerable to me.

If aliens visit us and tell us wer'e inside a simulation, maybe then. Or perhaps they won't call it a simulation. Maybe they'll call it a stuck world. They'll unstick us and wish us luck.

I think ti's just as possible that the whole universe is a lifeform or part of a lifeform.

Simulation or not, I don't think it matters. When we die, we either find ourselves existing in an after-life or we don't. Existing in a similation doesn't mean we will have an after-life. And existing in a real universe does not mean there's no after-life. It's all just a lot of horse play in my mind.
edit on 18-4-2013 by jonnywhite because: (no reason given)