What makes these people hated?

I am curious to know.

You put out the energy to hate these people?

And you don't feel like a puppet on a string?


Nice to see there are no British on that list

That makes a change

Gok Wan.
Loui Spence.
Kardashians, all of them.
All the people from reality t.v shows like Jersey/Geordie Shore, Only Way Is Essex, Made In Chelsea, Big Brother and so forth.

Basically, I dislike all T.v shows that are "reality shows" yet film complete idiots and set them up into situations that are not real.

Originally posted by intrepid
Damn I can think of many that should be on that list. Lady Gaga. Roseanne. Everyone from Twilight.


Yep ... I should'a thought of Rob Pattinson when I put Kristen Stewart down.
I can't stand him just as much ... YUK ....
After seeing him on TV I want to take a shower and scrub with lysol or something ...

Originally posted by intrepid
Hey FF, how did Rush Limbaugh and Donald Trump not make the list?

Oh for crying out loud ... lighten up and have some fun.


Originally posted by ShadellacZumbrum
What makes these people hated?

And this doesn't describe Trump? Rush, and all the talk show hosts, including Stern.

What is there to hate about Jolie?

If I had to choose between Lindsey L and Rush to share a deserted Island with, I know which way I would go.

How about most annoying.

Why would anybody hate Anne Hathaway??? She's smart, a great method actor, and has so much fun that it's almost illegal to be her. Oh wait, here she is now....... 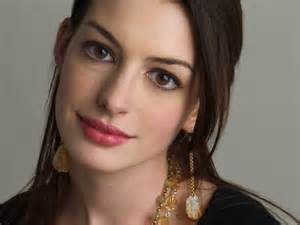 "Hello ATS. Good to meet everyone here. When I saw I was on the most hated list I just remembered Jesus' words, 'Love your enemies', and that made me sing!!! I have a great voice, and my smile lights up a room! And have you like, looked into my eyes?? I can't even look in a mirror without getting hypnotized a little. Now I must run, see you again soon!"


And this doesn't describe Trump? Rush, and all the talk show hosts, including Stern.

I didn't say that they aren't like that.
I said that there are too many to count and post in a list.
Therefore .. I kept it to the top 20 that are the MOST annoying to me.
That isn't an 'all inclusive' list .. it's just 'the most' annoying ....

I'll go with all televangelist and right wing talk show hosts at the top of my list.

20. Chris Brown - abused Rihanna, no brainer there.
19. Jesse James - cheated on America's sweetheart Sandra Bullock, again, no brainer.
18. Taylor Swift - jealousy, constantly breaking up with heartthrobs, success while young
17. Shia LaBeouf - nobody is falling for that nerd getting with Megan Fox, he just seems kind of douchy
16. Lindsay Lohan - total trainwreck
15. Angelina Jolie - also a total trainwreck, homewrecker, and all around whack job
14. Jay Leno - just annoying
13. Ashton Kutcher - no talent, yet successful
12. LeAnn Rimes - no idea here, but don't know much about her
10 and 11. Kris Jenner and Kim Kardashian - obvious, we're just sick of the whole clan unless Kim is half naked.
9. Anne Hathaway - no idea here, she's like a living, breathing Disney princess (or is that why?)
8. Justin Bieber - way too obvious here
7. Madonna - total whack job, but good at it
6. Matt Lauer - Douche and a turd sandwich
5. Katherine Heigl - no idea here either, unless just jealous
4. John Mayer - Major douche, dumps starlets all the time
3. Jennifer Lopez - No idea, other than jealousy, she's got major talent in multiple areas, like her or not
2. Kristen Stewart - No talent, and cheated on her costar boyfriend with a married man
1. Gwyneth Paltrow - No idea here (though she is annoying on Glee)..but number one?


Awesome list. Paltrow just made 'most beautiful woman' for People magazine. (I think it was People). And Kristen Stewart made 'the court' ... I don't know what number she was. I think the folks that voted them in are BLIND.