This could be a devastating EQ, if near populated area. 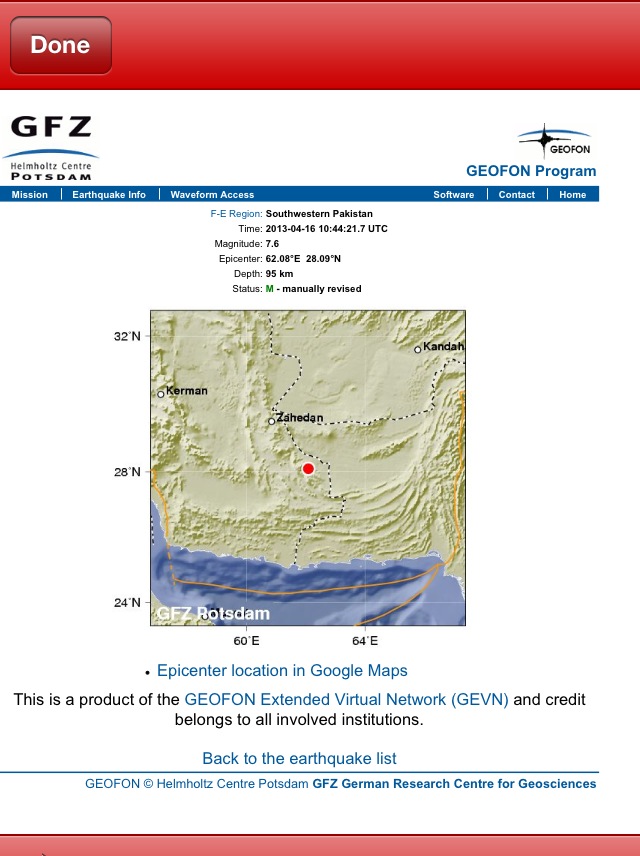 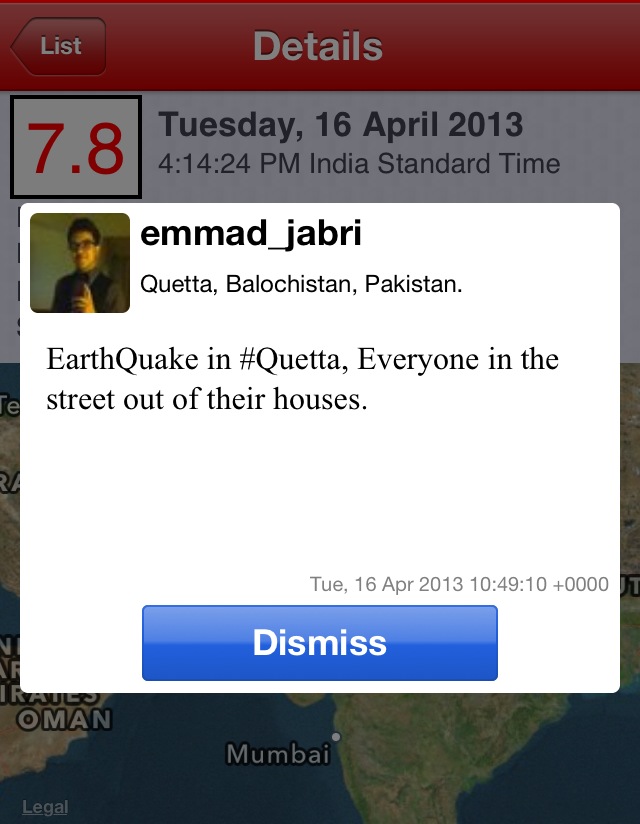 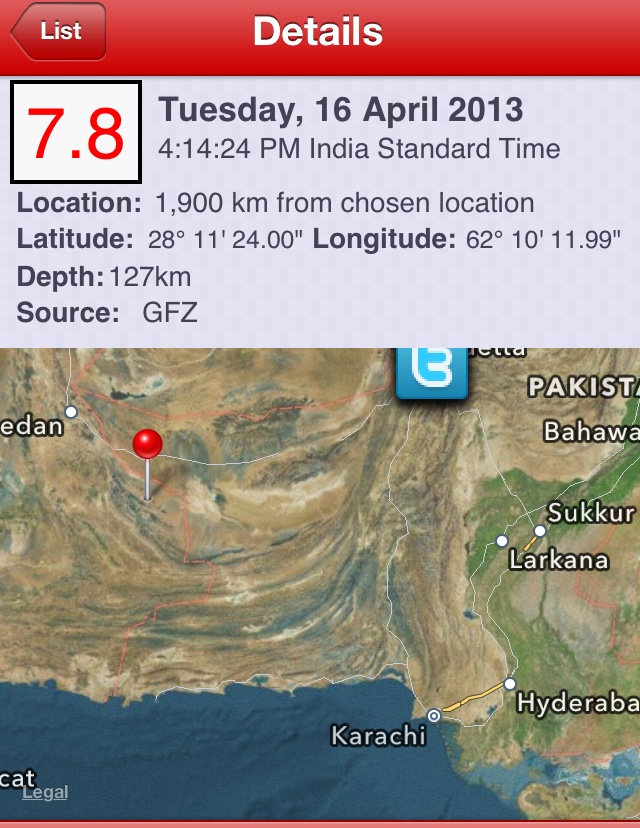 posted on Apr, 16 2013 @ 06:03 AM
link
Pakistan is filled with mountains and they are great protection, doubt anything except for flooding would happen.

have you got a link please?

They are saying 8 and Iran, could be felt in India, so its huge, looks like Iran Pakistan border though...
edit on 16-4-2013 by Lagrimas because: (no reason given)

i was sitting on my chair in my bed room watching TV and felt my chair shaking , i thought that one of my children was shaking my chair but when i looked back i didnt fine anybody i saw that the chandeliers shaking then i knew its an earthquake .

this is my first ever experience

Here is the Pager link. It looks like 16,000 people were hit with severe shaking--this could be really bad..

posted on Apr, 16 2013 @ 06:40 AM
link
EDIT: original reports had the quake shallower but now it's being reported at 82 km deep. This is better than having it really shallow.

A magnitude 7.8 will still cause an awful lot of surface shaking even at that depth and with many of the buildings in the region being URM (unreinforced masonry) it's likely there will be building collapses and so we can expect casualties.

edit on 16/4/13 by JustMike because: Edited for update of depth data

Just spoke with relatives in Delhi, one was in a car, waiting at traffic signal...when the car started shaking, and continued to shake for about 20 seconds...No first reports of damages in Delhi.

People had to evacuate buildings in Dubai...! No damages reported. 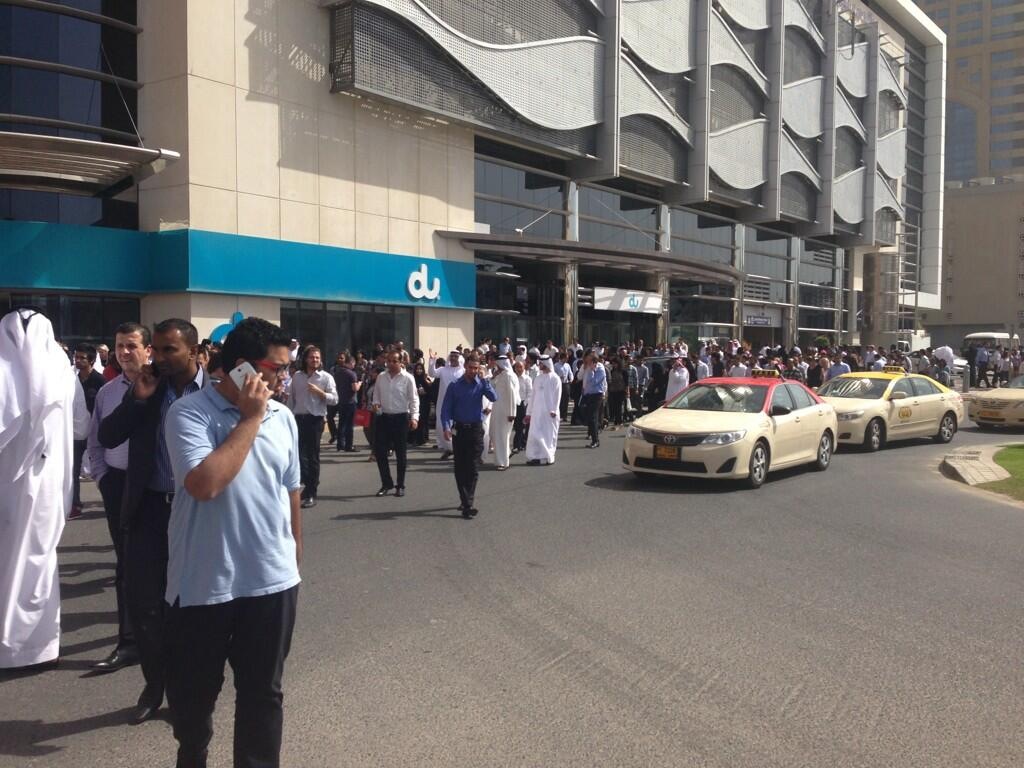 This was a shallow EQ, and felt over a huge area.
Hope N-Reactors in Iran and Pakistan are safe!

Gosh...Update from RT states hundreds are feared dead! This is turning worse! RT

posted on Apr, 16 2013 @ 06:44 AM
link
I was on the phone to my sister visiting UAE when her entire building started shaking. Went straight on to USGS and saw a breaking 7.8.

Heart goes out to all those who have been affected by this quake so soon after a 6.3.

I hope this isn't as devastating as it sounds.

That said - I was horrified to see all those people standing under those buildings with all that glass. Get AWAY from the buildings people!

posted on Apr, 16 2013 @ 06:50 AM
link
God, that was felt over such a huge, huge area I hope since the area is mountainous (it least looks so) that it provided a good buffer for the energy & it isn't as devastating as we're expecting.

Yes, that recent magnitude 6.3 in the region was bad enough, but to put this in perspective, a magnitude 7.8 is about 32 times bigger than a 6.3 in terms of shaking, and around 180 times stronger in terms of energy released.***

In other words, it takes nearly 180 magnitude 6.3 quakes to release the same amount of energy (pent-up strain) as a single magnitude 7.8.

So it's not surprising it was felt over such a huge area.

"Iranian officials say hundreds are expected to be dead after a major 7.8 magnitude earthquake has struck the country near the border with Pakistan."
edit on 16-4-2013 by homeslice because: (no reason given)

Unfortunately mountainous regions can get affected just as badly and sometimes worse due to landslides. In human terms it just depends on how many settlements are within the region.

But besides destroying hillside homes, landslides can also block the roadways, which in such regions are often narrow and winding and in poor repair at the best of times. So getting aid into some of the more isolated affected areas could be very difficult and quite slow.

The only good news (if there is any) is that it happened now and not a few months ago in the depths of winter. At least in spring weather people have a better chance of survival, even with minimal shelter. And now is certainly better than at the height of summer, when larger amounts of drinking water would be much more urgently needed.