The Darwin award goes to??

been in the process of responding to a text message from a friend when he veered into the lane of oncoming traffic.

I did not use the exact title in this article.
The article is titled " Fatal text message 'seeya soon' released
Family hopes tragedy will prevent similar"

Are people that stupid that they text while driving and we have to pretend its a tragedy he got killed??
When i am in a car and people start doing dumb crap like that,I get scared.
Why be so freaking dumb?
You are operating a massive vehicle that could kill people and yet you are being this dumb???

I don't want to say I am happy about this outcome but am happy that HOPEFULLY others will quit being dummies and knock this crap off.

You text on your phone and end up dead and its a tragedy??
No...its stupidity....he gets the Darwin award and not an ounce of my sympathy.

I don't text and hate all this useless crap,if you REALLY need that crap....don't do it while driving,you might kill others as well as yourself.


Problem is Drums.. that Idiots Texting while Driving, are putting Your Life in Danger.
It should be Policed More, and the Guilty charged with Dangerous Driving.


I totally agree.
I saw the police doing a blitz on this in my area and I was more then happy about it.
In one sting they dressed as homeless people to catch them.

Although, speaking from the point of Darwin Awards, there are even dumber people: couple having sex rolling down the roof, burglars trying to dynamite the ATM, welding a gas tanker

These guys were lucky to live on:


You're correct. We should take responsibility while we drive. In case we hurt ourselves or others. Too many people text or talk on the phone and they do not concentrate while they drive their car.

I shoulder check those idiots.

You could kill someone,use your brain.


Really you would shouldercheck me for perceiving you as an object that i do not want to collide with that i will probably never see again?

I totally agree on focussing while driving that is another subject. But shoulderchecking someone who isn't focused on you doesn't make you any smarter then dumb people.

But what can I say I'm just a dumbass.


I wouldn´t say this deserves a darwin award. I am sure there are hundreds if not thousands of accidents worldwide every year (not necessarily fatal ones though) involving smart phones.

It´s just a hunch, but I would bet money on that.


If you can't watch where you are walking then YES...I will shoulder check you.
Look where you are going...there are others out there besides just you.
If people are willing to walk into me like i am not there because they are busy with their phones.....then you deserve it.

Originally posted by DrumsRfun
reply to post by Phoenix267

Smart phones and dumb people.....what can we do?? 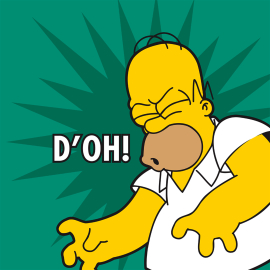 
I dont feel like going too much off topic (darwin award) but just because i dont look at you doesnt mean im not aware. Seriously i dont have eyecontact with trashcans either but i dont collide with them. I understand you stand firm when someone collides with you, but that is a collision.

Someone can easily be aware of his/her surroundings without constantly showing "hey im looking at you". We share space that is all. So a question. You got a problem with dark sunglasses too? You cant see if the wearer sees you.

Notconstantly watching around only needs watching ahead to be sufficient

Originally posted by Dumbass
reply to post by resoe26


Depends on what they are multitasking.

posted on Apr, 15 2013 @ 01:14 PM
link
If You see...a couple arguing or driver not focusing on road due to the passenger or when a moron looks down too often, aka texting.

You get the fudge out of there, either over take him and leave a large gap or change lane.


So many cars come with text message option on them, its much easier now a days. You can read on the dashboard as well as you can send pre-set replies like...

A 20-year-old was so distracted by her cellphone that she fell between metro cars in Montreal last Friday morning and was crushed to death,

Metro video surveillance footage shows Dumont looking down at her cellphone and walking into the gap between two cars.