posted on Jan, 26 2013 @ 06:00 PM
link
Ok, I wasn't going to write about this, but I decided that people need to know whats going on. In short, our government has paid and will continue to pay Billions of dollars in fradulent claims/tax filings each year.

I am an attorney living in Pennsylvania who represented several of these people and they had millions in their accounts after just one tax season. Here's how it works: apparently the IRS does not verify W-2 and employee data until mid-summer at the earliest. The reason is that they do not want to make taxpayers wait for their refunds. Anyway, my clients, most of whom are non-english speaking Dominicans, get lists of individuals and their employers and prepare fake documents and file a tax return on their behalf. Many times these individuals were for residents of Puerto Rico because there is no personal income tax in PR and thus, the people would never find out that a return had been filed in their name. The tax preparer is usually their girlfriend or wife, and she receives a cut. A fake W-2 is also generated and sometimes even the person's identity is created. My understanding is that the use of a tax preparer helps deflect suspicion. They use a different physical address for each 50 or so filings, careful not to aruse too much suspicion because in some cases the postal carriers demanded to be brought on board to receive a cut. Within several weeks a check from the IRS in an amount between $6000-$8000 is sent to each "taxpayer" (obviously they make sure that the return mandates a rebate). They then take these checks to their cousin that owns a check-cashing facility and cashes all the checks. The check cashing facility has no worries because the checks are government issued and they do receive a cut from 4-8% of each check. Sometimes a photocopy of fake ID is made so the check-cashing facility can show that they required ID when cashing the check.

To give you an idea of how bad this problem became, there is no more zoning available for check-cashing facilities in almost all of the medium-sized cities on the east coast (wilkes-berre, allentown, reading, in PA and trenton and camden in NJ). Ultimately, the FBI is now aware of this situation. The only reason they are aware of the scam is because Wachovia and another bank alerted them to the huge amounts of deposits that were being made and decided to freeze the account. I've seen accounts with over 20 million in them. Lots of times the account holder just leaves the country after one tax year and returns to the Dominican Republic. To my knowledge no arrests have been made, perhaps because the FBI is attempting to get the lower level players to agree to implicate the higher ups. I found the whole scam to be incredibly simple and shocking.

Attorney-client privilege prevents me from saying too much more, but my liason from the FBI told me that the total amount of money scammed over the last four years is "easily in the billions". I found it disgusting that the IRS spends a lot of resources cracking down on business owners and self-employed people while at the same time allowing this to go on. Common sense says that 100 people don't live at the same address while all receiving a substantial refund. However, the FBI said the IRS is unlikely to change its policies in spite of this scam. In other words, this scam can continue this year as well. He also said that this scam has been going on for well over a decade. That's our money people. Think about it.

posted on Jan, 26 2013 @ 06:06 PM
link
You think your pissed? I just got a $12,000 bill from the IRS for a $1,600 amount owed in 1993! Of course they never told me until I had a boatload of cash in the bank....... Now I have to go hire an attorney as it is apparently up to me to prove my innocence. The employer I worked for is long gone and they screwed me in the process. It was the one and only time I have ever worked for anyone else or had withholding's from my paychecks.

Thanks for bringing this to our attention. I had never heard of this scam.
The tax code in this country seriously needs to have gas poured on it and set on fire.

It's not really a surprise, to here about all these BS loopholes when the tax code is 73,000 pages. I'd be willing to bet the Govt. is dishing out a lot more fraudulent tax money than they think. 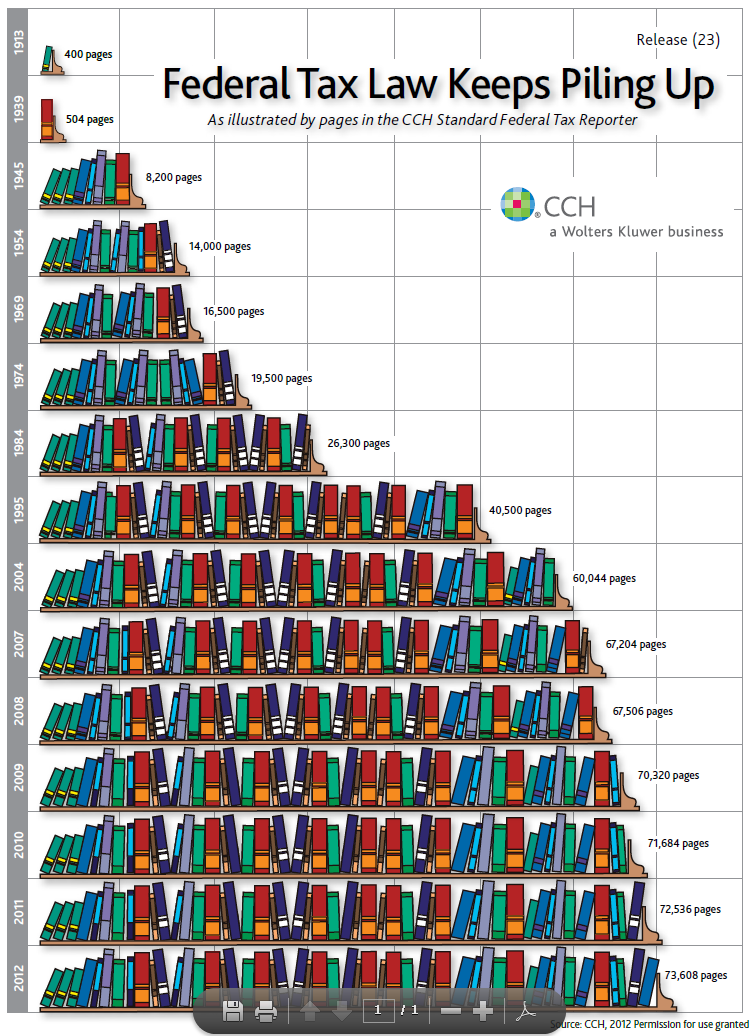 
No, I don't, but I would think you could contest the amount based on the number of years that have passed. If the IRS never notified you of this deliquency until now, you should be in good shape because you only need to keep your records for a certain number of years. Even if they did tell you that it was due back in '93, you should be able to get their attorney's fees and interest decreased. It happens all the time. Hope this helps.