PUT UP YOUR DUKES: NRA Plans ‘Fight Of The Century’ Against Obama

The National Rifle Association cast its opposition to Obama’s plans as “the fight of the century” in a letter circulated at the 35th annual Shooting, Hunting, Outdoor Trade Show and Conference, known in the trade as “the SHOT show,” in Las Vegas.

“I warned you this day was coming and now it’s here,” Wayne LaPierre, the NRA’s fiery executive vice president, wrote in a fund-raising letter to the group’s 4 million members. “It’s not about protecting your children. It’s not about stopping crime. It’s about banning your guns … PERIOD!” 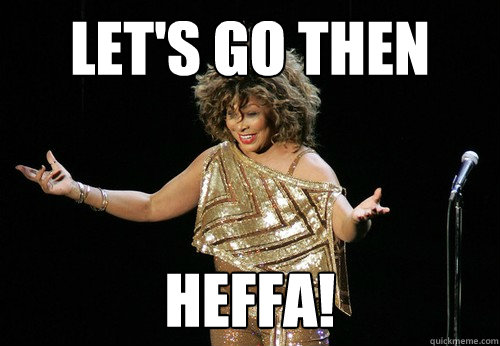 Fight of the century, eh. Yeah well too bad I don't have another 87 years to wait for your organization to get rid of these criminals in Washington, with the mere pea shooters you've allowed them to leave us with.

The letter reflected the NRA’s tough, no-holds-barred campaign against tighter restrictions on weapons and echoed a sharp video released by the group that calls Obama an “elitist hypocrite” for having the Secret Service protect his two daughters at school while saying that he is “skeptical” about armed guards in all schools:

oooo, nice video there. I think. Sell me some more. Snake oil.

Sorry to be so negative folks on the NRA. But I am just not that impressed. We need more. We need a NATIONAL I'M NOT TAKING THIS CRAP ANYMORE ASSOCIATION is what we need.

posted on Jan, 20 2013 @ 02:04 AM
link
it seems to me Obama, the 'sock puppet's' days are over... the strategists are planning their next move and well the gun debate will cause a major civil upheaval and thus... a new president.

gotta hate it when your just a sock puppet.

Terrorism is the systematic use of terror, often violent, especially as a means of coercion. In the international community, however, terrorism has no legally binding, criminal law definition. Common definitions of terrorism refer only to those violent acts which are intended to create fear (terror); are perpetrated for a religious, political or, ideological goal; and deliberately target or disregard the safety of non-combatants (civilians).

posted on Jan, 20 2013 @ 03:31 AM
link
I put the NRA and Alex Jones in the same sort of "useless to the task" bin together, except that each
raise awareness for their cause....then shoot the cause in foot thereafter

posted on Jan, 20 2013 @ 03:41 AM
link
take away their jobs, leave them financially struggling, then cause a school shooting and offer a 'gun buy back scheme' ... even if they don't want to sell their guns, they will need to get food for their kids so will.

Originally posted by Thurisaz
take away their jobs, leave them financially struggling, then cause a school shooting and offer a 'gun buy back scheme' ... even if they don't want to sell their guns, they will need to get food for their kids so will.

If this is the strategy maybe Americans can sell to other Americans instead of to the government, and get more money out of the deal, and without reducing the firepower of the people, while putting weapons in the hands of the more willing and able to stand up to thugs. ??


mwah they had a gun buy back scheme in Australia and everyone went along happily...

posted on Jan, 20 2013 @ 04:04 AM
link
The population of New York State is nearly equal to the entire population of Australia (With a difference of about 2 million.)

The NRA alone has 4 million members, which is nearly twice that of the United States active soldiers.

Electoral Map
This is the electoral map for the 2012 election. Do you see all that red? Please, anyone, tell me how they are going to take all the guns just in those red states?

Oh and the blue states? Liberals might be pussies but crips and bloods just love to shoot whitey.

Believe it or not, the Government is and always should be afraid of it's people. Because we are #ing nuts.
edit on 20-1-2013 by Thorneblood because: (no reason given)

Oh and finally, if you own a gun and need to sell it in a buy back program to feed your family THEN YOU SHOULDN"T OWN A GUN IN THE FIRST PLACE!
edit on 20-1-2013 by Thorneblood because: (no reason given)


That's a misconception and you know it. Australia has just as many good and decent people as anywhere else. And please don't take this the wrong way, but if you did give up your gun in Australia then your a #ing idiot.

I've seen how big your spiders are, thats enough reason for me to have a gun over there

Originally posted by Thorneblood
reply to post by Thurisaz

I've seen how big your spiders are, thats enough reason for me to have a gun over there

last huntsman (drop bear) I heard about out bush took two full shots to the head with a shot gun and survived.

people freak out about the bird eating white spider.. need a semi automatic for one of them

Originally posted by Thurisaz
reply to post by Thorneblood


Americans are crazy because our ancestors CHOSE to give up any former life to try and make it here.. Our whole value system is Do for YOURSELF...

For instance, my girl broke my computer about 3 months ago.. She dropped it on the ground and the power connector got shoved inside the laptop case.. Now my computer cannot be charged.. Hmm American guy thinks.. I can fix this in 10 minutes.. I pry open the case, even though it's designed to never be opened (freaking asus) but I get it open enough to see... I then wedge a piece of metal I found on the ground inside my laptop pushing the power connector to the outside so when I try to plug in the AC adapter it stays in place..

You can be in australia, and my best friend just became American, but he was Australian and I love the accent, but he supports guns too.. Guess we turned him on to freedom.. Know what he said about your school systems??

posted on Jan, 20 2013 @ 04:20 AM
link
Mmmm.......yea see i would sleep with a high calibre rifle...and a flame thrower. This is still equivalent to convincing one state over here to do it and we aren't nearly as cordial with our government as you guys are with yours. We like telling Uncle Sam to # himself, it is why he always looks so pissed off.

you only have 20 mins if one of those bites you.

oops, are we off topic?