The elevation of Vint Cerf, who has worked at the Internet behemoth since 2005, was announced Wednesday.

His appointment adds to the ranks of Google officials serving in advisory roles to the Obama administration.

Google's Chairman, Eric Schmidt, has acted as a campaign and policy advisor to Obama, serving on the President's Council of Advisors on Science and Technology. He was also rumored to be a contender for the role of Treasury Secretary following Tim Geithner's departure.

Links between Google and Obama also have a financial component, with Google employees having donated over $730,000 to the President's re-election effort. The next-nearest recipient of Google dollars was Rep. Ron Paul, to whom Google personnel donated just over $40,000.

Google recently emerged from a Federal Trade Commission investigation with what some observers have charged was a remarkably light penalty, given what they view as the Obama administration's general aggressiveness and hostility towards business. Conservative activist Phil Kerpen called the resolution of the matter "a disturbing triumph of Washington influence peddling, lobbying, and campaign politics. In a word: cronyism."

In another FTC investigation, in which it was determined that Google had violated its users' privacy in contravention of the terms of the company's contract with users, the Internet behemoth also managed to have the FTC bar Google users adversely affected by Google's actions from launching a class-action suit against the company for what critics charged was blatant spying.

Cerf's position should not involve him in any future FTC matters. However, it will undoubtedly be read by many in Washington power circles as further evidence of coziness between the Obama administration and one of the country's biggest and most controversial companies.

Here we have Obama appointing another top Google official into an advisory role. Google has managed to duck tons of criticism over their invasion of it's user's privacy. After linking to youtube, using google+ and being affiliated with other internet tycoons, they've managed to centralize data so fast. And now, with the moves Obama has been making lately, and the addition of more top Google officials on board with the Obama Administration, it makes me wonder what he has planned next..

Is the internet really the last frontier to spread truth and information? Or was this all planned from the start. 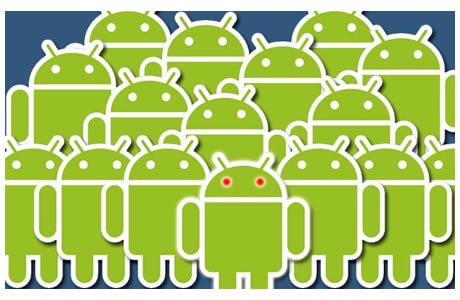 Here is a little info on our friend Vint Cerf:

the Turing Award, the Presidential Medal of Freedom, and membership in the National Academy of Engineering. In the early days, Cerf was a program manager for the United States Department of Defense Advanced Research Projects Agency (DARPA) funding various groups to develop TCP/IP technology. When the Internet began to transition to a commercial opportunity during the late 1980s,[citation needed] Cerf moved to MCI where he was instrumental in the development of the first commercial email system (MCI Mail) connected to the Internet.

Vinton Cerf was instrumental in the funding and formation of ICANN from the start. Cerf waited in the wings for a year before he stepped forward to join the ICANN Board. Eventually he became the Chairman of ICANN. Cerf was elected as the president of the Association for Computing Machinery in May 2012. Cerf also went to Van Nuys High School along with Jon Postel and Steve Crocker; he wrote the former's obituary. Both were also instrumental in the creation of the Internet as we know it

posted on Jan, 19 2013 @ 01:18 AM
link
Good find and you might have found their next agenda. Internet censoring I mean its a coincidence that Obama of all people and his minions have gone after the father of the internet. Kill switch is around the corner. They know that our conspiracy theories are true and we are causing damage to their plans. More people are waking up then ever and now they are in bed with Google. Our posts will be forever wiped.

Originally posted by Sk8ergrl
Good find and you might have found their next agenda. Internet censoring I mean its a coincidence that Obama of all people and his minions have gone after the father of the internet. Kill switch is around the corner. They know that our conspiracy theories are true and we are causing damage to their plans. More people are waking up then ever and now they are in bed with Google. Our posts will be forever wiped.

That's what it looks like, with all the gun debate going on, and the economy crisis, it wouldn't be hard for him to sneak in some more spying legislation, and now Google is on board, why would they say no?

posted on Jan, 19 2013 @ 01:26 AM
link
The one who are still asleep just don't want to believe that our own governments are evil. That they care about me and want to protect me. That they want me to go along with their lies and smirks. Grrrr really winds me up

so they cant be evil