Science now confirms the Metapec creature is a hoax The story goes : At Metepec , a small city in central Mexico, in a now deserted ranch on a dark May night in 2007 , the property was reportedly visited by a creature. A ranch hand Urso Ruíz who regularly used to set up traps to feed the owners birds and snakes found a small alien like creature alive but caught in a rat trap. 4 people who worked at the ranch including the owner claimed to have seen the creature alive in the trap until they apparently got so scared it might escape they decided to kill it. Shortly after the story became public the ranch owner died in a car fire which many believed was caused by aliens seeking revenge.

The creature was eventually sold to UFO-Journalist Jaime Maussan. Who for years tried to get the world to believe it was a real alien. 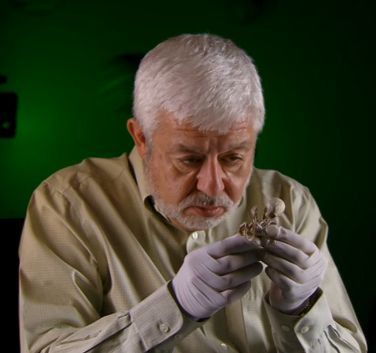 It was revealed on ATS in 2010 www.abovetopsecret.com... that Urso Ruíz who originally found the creature apparently confessed on an Internet forum that he had hoaxed the whole thing. But at that time there was no scientific evidence to back up his confession so many people were still unsure if it was an alien or not and the debate continued. Apparently 5 Labs from around the world had tried to identify the DNA but the results were still inconclusive. One of the Labs from Mexico claimed it might be of human origin.

Thanks to a new investigation by Channel 4 Alien investigations which was shown last week there is now solid scientific evidence to prove the hoax. The now dried up creature was 3d mapped and X-rayed at Imperial college London. Experts at a top forensic laboratory in the UK took what Jaime Maussan said would be the last batch of DNA samples he would ever allow.

A full 3D printed model was produced for study 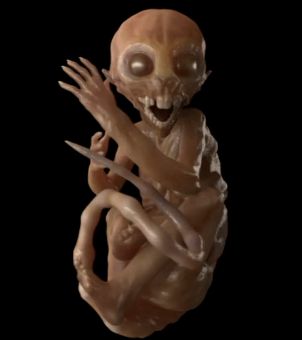 First after studying the 3d rendered model Professor Donald Quicke identified it by the teeth as being a new world monkey from the America's not from Africa or Asia. 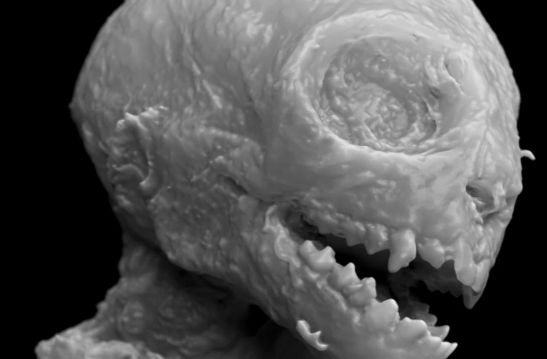 After studying the xrays he also confirmed that due to the position of a hole at the base of the skull it was a monkey. 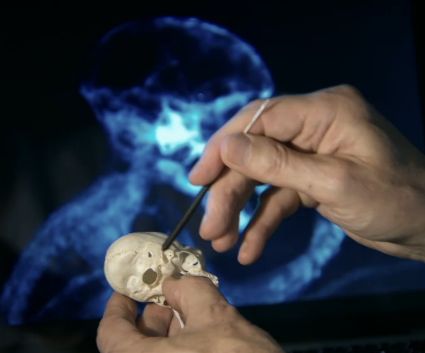 Then during a lie detector test Urso Ruíz stated that he had actually made the creature himself. The lie detector confirmed he was telling the truth. He said that when he was working for a zoo he was sent a monkey for taxidermy. He said because it looked interesting he put it in a trap at the ranch where he was working and when the owner turned up he told him he had seen it alive. The owner then took a bunch of photos and got on the phone and started ringing up lots of people including Jamie Maussan saying a live alien had been caught on his ranch. 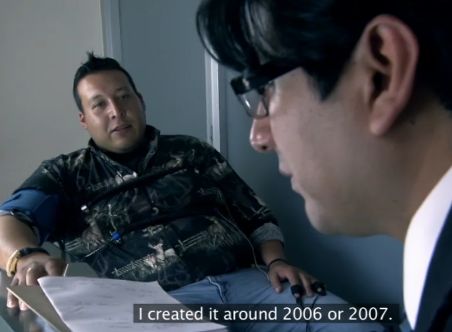 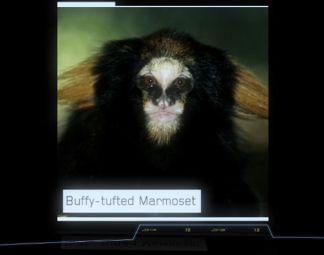 Finally a forensic laboratory in the UK took 3 DNA samples and confirmed that all 3 samples they had analyzed were from a Marmoset. 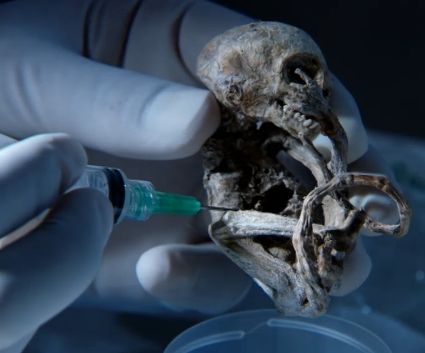 So it would seem that in total there were 4 people from the ranch lying about seeing this creature alive caught in the trap which goes to prove that more witnesses doesn't always mean a story is true. 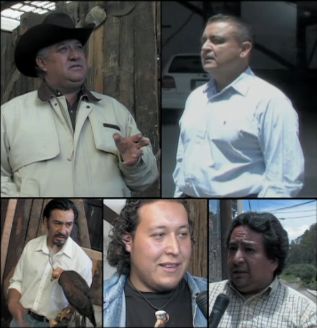 Jaime Maussan insists he had nothing to do with creating the hoax.

posted on Dec, 8 2012 @ 06:24 PM
link
Thank you, I dub theee crowd comptroller! We need more men and women like yourself. Far to often we here on ATS get caught up in the hoopla and craziness that swallows hole so many of us on conspiracy sites. Too many people WANT to believe, rather than look for the truth. I'm not saying there aren't aliens, or that there aren't nefarious conspiracies with in our society. How ever a good many of the most interesting conspiracies are likely just stories. Which ones, I don't know. I do know however we should approach everything with caution, and research unbiased until a theory or proof can be had.
edit on 8-12-2012 by Hijinx because: (no reason given)

posted on Dec, 8 2012 @ 06:26 PM
link
www.channel4.com...
Jaime Maussan i really hate that guy but not as much as i hate steven greer
im glad this has finally being put to rest
one guy messing around probably convinced thousands...sad
edit on 8-12-2012 by xszawe because: (no reason given)

posted on Dec, 8 2012 @ 06:49 PM
link
Well done, though I can't say this comes as any surprise. It has long since been the conclusion of many that this was nothing more than the Maussan Monkey.

Stating the obvious rarely works when dealing with the devoted crowds, so kudos to you for posting some definitive and conclusive data.


Thanks for posting this. I've ALWAYS had my doubts about this case, but I've kept my mouth shut until science could do it's work. Nice to see this hoax (and maussan) exposed. S&F!

I thought it was pretty much a given that anything associated with Jaime Maussan is radioactive on the HOAXometer.

Cuckoo clocks spontaneously 'combust' into a chorus of cuckooing when he walks by, so I've heard.

It was a very strange turn around at the end to say the least that he'd just blurt it all out and say he was faking it.
Bur what i don't get is why they said it may have had a human mother? then they did yet another DNA test and it turned out to be a marmoset

Anyway, the documentary was a good watch with a few other well known cases.

Good thread - guess we can put that one to bed then (what a cheeky monkey).

I thought it was pretty much a given that anything associated with Jaime Maussan is radioactive on the HOAXometer.

I'm not the biggest fan of Jaime either but I wouldn't go as far to say everything he's associated with is bogus.

Here he is presenting an interview with Colonel Ariel Sanchez (head of the Uruguayan Air Force UFO Office) who describes quite a freaky UFO incident from Uruguay where two Pucara fighter aircraft were sent up to intercept a strange luminous object hovering over Palmar Dam which changed colours from yellow to orange to red as it increased its acceleration..


He also presents this interview with General Ricardo Bermúdez from the Chilean Government's CEFAA organisation who describes some very strange UFO incidents from his country (including the Pelican case) and discusses pilot UFO reporting procedure and aviation safety in Chile.

posted on Dec, 9 2012 @ 02:11 AM
link
Jaime Maussan is such a hoaxer he believes anything thats presented to him as fact ..Im sure he had everything to do with creating the hoax..He is another one that likes to make money off the gullible..peace,sugarcookie1


The picture looks fake to me

posted on Dec, 9 2012 @ 03:40 AM
link
Classic, I said this was a marmoset a few years back.Couldn't tell the species with the skin off , but said it was a marmoset all the same.There is another post some where on here of a sea monster , it's a leopard seal carcass.


Hi I watched that the other day but as soon as you see this name Jaime Maussan a hoax is a 100% certainty.

That guy will believe any BS with regards to ufo's and aliens!!

Far to often we here on ATS get caught up in the hoopla and craziness that swallows hole so many of us on conspiracy sites.

Not so , we at ATS already know its a Hoax and have done for some time.
The Jaime Maussan Metepec Creature Confirmed as a Hoax

What's funny is that he let these guys take a DNA sample, wonder if he did get tricked originally...or maybe he fully believes in his own hype, so in his mind there was no way the DNA would be of a monkey.

posted on Dec, 9 2012 @ 05:17 AM
link
reply to post by Chadwickus
Nah, he knows that acting dumb extends his mileage. I wouldn't be surprised if the only belief he has is that people are stupid - gullibility can hide a cynic.


We all know that Maussan is as dodgy as a 7 pence coin (or 7 cent coin for you Americans ) but it's nice to have solid evidence that disproves a subject he is involved with.

These people did a good, probing, unbiased assessment of this 'alien' and blew the stories of the lying idiots who saw it 'alive' out of the water.


Yeah...It's hard to dismiss his entire track record as him being naive.

He knows exactly what he's doing.