I want to ask you for your ideas on something.

So, I got myself a trailer. It's pretty small, at the moment i got a grill inside, a cooler, a water tap. Some basic stuff to sell snacks off the grill on markets. While i like it, im looking for other business that it could be used for. Has anyone any idea as to what purpose it could serve in a business way? Maybe not selling stuff from the grill, but something entirely different. I take this trailer behind my car and visit several markets each month, i want to look at other options to use the trailer, in a business way. If you have any ideas please do share

posted on Dec, 8 2012 @ 12:23 PM
link
There's a couple of people out here who have trailers and grill like BBQ stuff. You could probably do it. And they sit the trailer out in parking lots of businesses. They seem to be a hit.


I would not change it, that grill will be your money maker. If you put out good food and since it's on a trailer, you could go where there are business and find the times they go on breaks and so forth, Hell I'll cook for ya lol

When I worked at GeekSquad, our local guy did this, and within 2years got a contract for him to open a small cafeteria in GS.
edit on 8-12-2012 by mytheroy because: (no reason given)

posted on Dec, 8 2012 @ 12:58 PM
link
Ditch the grill and set up the trailer as an auto-detail shop. Remote detailing can earn you $100 a pop easily. I have seen some of these trailers that even have a self-contained water supply and generator. People with fancy cars concerned about their appearance will willingly pay to have them professionally washed and taken care of.

I'll let you detail my car.

Heck, after my semester with school, I'm dreading just cleaning the car out. Papers and homework all over the place and it's too cold to go out and clean it. Plus, I have to work and I have no time to detail it.

Originally posted by Manhater
reply to post by schuyler

I'll let you detail my car.


OK. I'll let you give me $200 to do it. Yeah, I know I said $100 above, but that's for people who keep their cars relatively clean in the first place. Them's the breaks. Besides, my trailer is bigger than his.


Well I should get a discount because I'm an ATS member. $200 bucks is highway robbery.

Originally posted by Manhater
reply to post by schuyler


Well I should get a discount because I'm an ATS member. $200 bucks is highway robbery.


"highway" robbery. I get it: "highway" Ha ha! I bet you never thought of it so I get the points. Actually it's the market rate for a well-detailed car, inside and out, looking like it came from the factory when done. This includes multiple applications of professional products such as Zaino, which can chemically bond with the paint for an eye-popping swirl-free mirror-like finish, complete with separate treatments for chrome, plastic, wheels, and tires (or tyres), and a complete detailing of carpet and interior not leaving a speck of dust anywhere, much less a french fry or gum wrapper. Plus a squirt of the "New Car Smell(tm)" and you'll think you drove it off the factory floor. Plus, as an added bonus, for the OCD among us, it's fun and satisfying to do.

ATS members, such as yourself, are not really a good market segment to target because, as a whole, they are unappreciative and at least pretend they are poor. Rather than a discount, a surcharge is warranted, if for nothing else but attitude. A smart businesperson would target luxury car delerships (Acura, Mercedes, Lexus, Jaguar, BMW, etc.) with slick advertising brochures and even negotiate that every new customer be given your material in his "new car packet," in exchange for a cut of the deal if their customer becomes yours. Yes, that's how it's done.

Actually, I would be willing to pay you $20 for a picture of your automobile, under which I would put the caption: "This is what happens if you don't pay attention," knowing that would motivate a few folks to sign up for my service, making me several hundred bucks, while also giving me the satisfaction of knowing you will continue to enjoy living in the squalor that you do. Besides, you can always harvest those french fries for a daily food supplement. 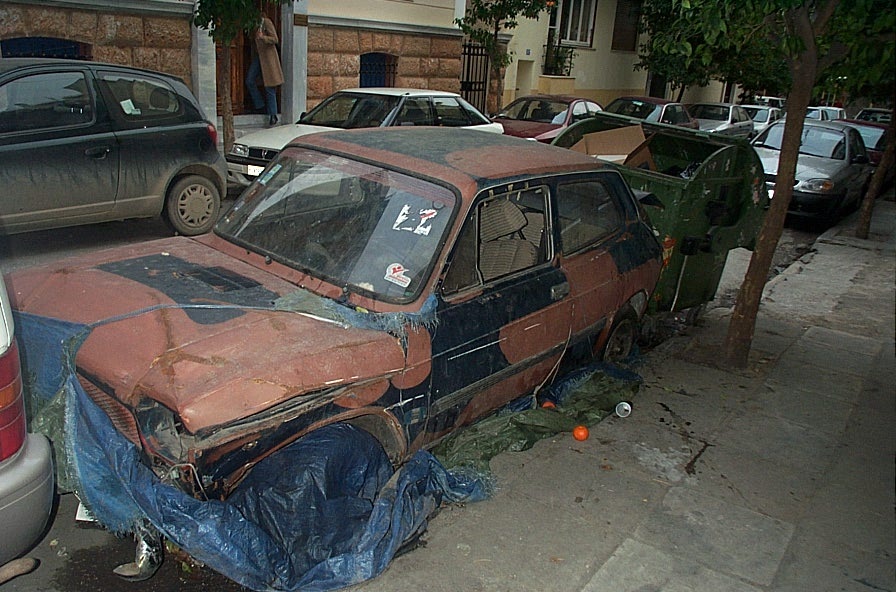 posted on Dec, 9 2012 @ 02:51 PM
link
I'd go with Schuyler's idea..and here's why...
Anything food related as a business comes under close scrutiny of health depts. Always a hassle.
Secondly anyone can claim they got ill from eating your food, true or not as many are just attention seekers, and then you find yourself possibly sued or out of business.
I would avoid anything food industry related like the plague.
Sell the equipment you already have and use the cash to set up the auto detail.
edit on 9-12-2012 by AccessDenied because: (no reason given)