Dr. Ron Paul has been unwavering for decades in his message to end all foreign wars the United States gets involved with. He is the highest ranking US official that wants to bring all of our troops home and close hundreds of pointless US military bases around the world that serve only to extend an imperial presence. This alone justifies recognition.

Dr. Paul represents millions of Americans who want peace. We don’t believe in the mainstream rationale that these wars are for a good reason. We are awake to peace. Dr. Paul is responsible for waking more people up than anyone else in recent history.

Thank you for signing this petition.

I fully support the idea of giving Dr. Paul the Nobel Peace Prize because, as the article says, he is one of the few politicians who actually disagrees with the idea of going to wars, starting conflicts, and leaving behind US military bases. 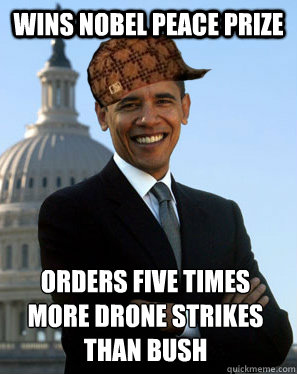 Exactly, but if Paul doesn't get awarded it will only help people to see through the BS. Sad thing though is there are a lot of Nobel prize winners who actually deserved what they got, then Obama got his and credibility went down the tube.....

Any word on Bradley Manning getting his prize as well? My guess, he's not gonna get one either.
edit on 10-10-2012 by Swills because: (no reason given)

posted on Oct, 10 2012 @ 07:28 PM
link
Well.. Let's see... Al Gore got himself one when one of the Women in the running for that one had literally smuggled children out of the Warsaw Ghetto knowing a death sentence would be her thank you if Germans caught her.

Then Obama gets his and really...this isn't Political in Obama's case. He could have turned out to be the greatest peacemaker the world had ever known..and the finest leader history ever saw walk the Earth. They awarded it to someone who hadn't DONE anything YET to deserve anything at all?? I think that set the value of that piece of gold down around Tin.

Ron Paul would be the first man with a record to stand for with it and actually have earned his for quite a long time. I'm sure Dr. Paul can ignore the fact he's taking an award the likes of Arafat was also given... lol.. Hey, Bush is the only one they didn't give one to recently to really make people's head pop.

Time for Dr. Paul to get something the GOP can't steal from him. Indeed. Nice Retirement Gift!


Seriously, why did Obama get the prize? I don't even wanna ask Google, someone just tell me

Ronny boy getting this would definitely help put this prize back on the path of integrity. Hey, it's a start because I will always love the idea of having the award but the problem is the politics and people who present it. They both need to go.

posted on Oct, 10 2012 @ 08:24 PM
link
reply to post by Swills
Basically for meeting with world leaders after taking office. Oh, and ordering the closure of Gitmo and rejecting torture. Did gitmo get closed though?

Obama was nominated for the Nobel Peace Prize 12 days into his term.
Let's be honest, we all know why he really got it.

I hear the GOP is lobbying to change the rules for nominations.


Pretty much my thoughts but I just wanted clarification

Nope, GITMO is still rockin and rollin, along with many many other black sites all over the world. Somewhere, right now, someone is being tortured and chances are it's by the CIA/Mossad.

Yeah... The Black Sites... Someone who has nothing to lose or no one to piss off by doing an in-depth thread ought to spend a week or more doing a quality one on the topic. We absolutely have a large number of Government types covering a great many years more than just the past few who have things to answer for on that....In my opinion.

They can start closing "that which doesn't exist" any time now too, I agree. ...or are these going to be the new reality after the war too? Talk about outsourcing in the worst way.


I tihink you sir are the man for that job. I'll do some searching around for info and will pass it your way

I'd love to end Intelligence Agencies (or at least how they currently operate) as we know it and have a completely transparent Gov't but I think many would think I'm crazy for even suggesting such a thing.
edit on 10-10-2012 by Swills because: (no reason given)

lol.. I said someone who didn't have anyone to piss off with it.

bahh.. Why not. Maybe after the elections..... At the rate I'm going for being politically correct, I'll be in a FEMA camp so long before most everyone else, I'll have worked my way up to assigning bunks by the time everyone else arrives..so be nice to the bunny! I'll put ya by the bathroom on chili night!

Might as well give up on that... As a Norwegian I know the peace committe is completely corrupted and mainly consist of ex politicians from one single party.
They also have a history to give the peace price to people who are resposible for the slaughter of innocent civilians or wars.
If you are actually against wars then you have absolutely no chance in winning.

Originally posted by Swills
reply to post by Wrabbit2000


Seriously, why did Obama get the prize? I don't even wanna ask Google, someone just tell me

Ronny boy getting this would definitely help put this prize back on the path of integrity. Hey, it's a start because I will always love the idea of having the award but the problem is the politics and people who present it. They both need to go.

Because some politicians here wanted a visit from Obama, as white house previously declined to have talk with them.
Again it is just completely corrupted and they give it out for selfish reason.
It had nothing to do with peace...

posted on Oct, 11 2012 @ 09:46 AM
link
Good thing Norwegians see this all the way across the ocean!
Perhaps this may free some the minds of many and gain credence to a wining situation~

Originally posted by mideast
Who do you think they missed to give the prize to?

Why, is it supposed to be a sarcastic prize or something?

posted on Oct, 11 2012 @ 05:10 PM
link
Mr. Paul is the opposite of peace. This guy wants to close the military bases which will leave the US and our allies vulnerable.
He wants to essentially kill the economy which will not lead to a peaceful situation here and everywhere else. If you think its bad now, Pauls ideas will make today seem like heaven.


If wrong, please correct me here. Ron Paul is certainly not a subject matter that i know much about. However, i am presuming he is anti abortion and anti gay marriage? (amongst other things). For my thinking, this would preclude him from entry on any shortlist for a Nobel Peace prize. If i am wrong on that though, then fair enough, by all means get him nominated.

His Foreign policy is a damn site better than many i have seen over the years!


If you haven't gotten it by now, you never will.

Our military bases are the whole reason the middle east hates us, they along with our support of Israel (who Paul doesn't support giving aid to) is the reason for 9/11 and so on.

Ron Paul would save the economy and end multiple wars. If ending multiple wars isn't a peaceful action I don't know what it.

Oh yeah.. and vulnerable to what? It will leave us vulnerable to the people who have fought to get rid of us? So you think they are going to turn around and attack us so we come back? Have you given it more than 5 seconds of actual thought?
edit on 12-10-2012 by GogoVicMorrow because: (no reason given)