Was there a point in your life when you knew you were on the road to being a mason?

posted on Aug, 6 2012 @ 06:30 PM
link
Hi all, Well this is just a quick question but did any of yourselves realise over a period of time that you were being pointed in that direction? By synchronicities and stuff you inadvertantly just came across?
Oh and also coming across members that i have spoken to and had a connection with pleasant conversation.

Back to the original question, So anyone before they became members did they, well expect it due to the signs the universe was giving them?

Sounds silly i know, as out of my mouth i think it sounds sillier but it seems i have caught the bug and my brain needs knowledge because i have witnessed things that had good consequences and i believe my desire and will made it happen and i couldnt tell the general populace as id end up marked as a looney tune lol

My road to Freemasonry was self-propelled and I'd say with some divine guidance when I prayed on it. When I was 20 I came across Masonry for the first time and from my own curiousity I studied for over a year before ever approaching a Lodge to petition.

Originally posted by kalenga
Back to the original question, So anyone before they became members did they, well expect it due to the signs the universe was giving them?

It was quite simple for me. My accountant that I used at my businesses for many years was a Mason. He told me about the activities that he was invloved with and they interested me. I however did not ask him for quite some time as I did not know the requirement of asking a Mason for a petition.


Not exactly. I remember many years ago I worked with an old guy who was a mason and got quite friendly with him, he seemed to take a shine to me, we would drink together now and then. He was a former officer in the RAF.

Anyway, I used to quiz him a little about freemasonry and although told me little to nothing about it, he did show me the handshake.

One evening, over a beer, he asked me if I would be interested in being initiated or being recommended to his local lodge. I don't really know how it works but whatever the case, I refused to be a part of it. My mum had always said they are dodgy for want of a better word.

ETA: PETITION, that's what he was on about. I couldn't remember the terminology.

His attitude towards me changed after that and we drifted apart, my life has gone somewhat downhill since those days(10 years ago).

I occasionally wonder if my life would have been better if I had followed him down his little rabbit hole but I guess I will never know.

I tell myself I followed the light but part of my wishes I had at least looked into it. Darkside? Maybe...
edit on 6-8-2012 by Wide-Eyes because: (no reason given)


I dunno what to say but for some reason lately i am being thrust into it i feel from another "realm"??
I cannot quite put it in words but another thing i am seeing is lots and lots of symbols and words used in places that make no sense in the sentence, and highlighted words that are irrelevant to the paragraph or story?

I have to laugh at myself as i know with what i have experienced shows me that lots and lots of people dont hae the foggiest idea of what this reality really is?

I do not know myself fully but 1 thing realised tonight was that all in earth is made of straight lines and circular lines, Everywhere you look.

Is there any good material i could access that is available to me?

I am reading the KYBALION the now, I am At the point where i want to be the best i can be so al around benefit from me. And i want to read all this old world philosophy and stuff as everyone should?


You never noticed how old members radiate joy and peace? like you feel the love and goodness from their presence?

Happiest folk from the darkside i have met lol

Yeah and that old chestnut should i or not? Hindsight-the best and the worst?

posted on Aug, 6 2012 @ 07:12 PM
link
To be honest, I have tried Masonry several times in the past, each attempt left me feeling like a complete failure.
Here is a picture of my latest project, I'm really trying dang it!

Is there any hope for me? 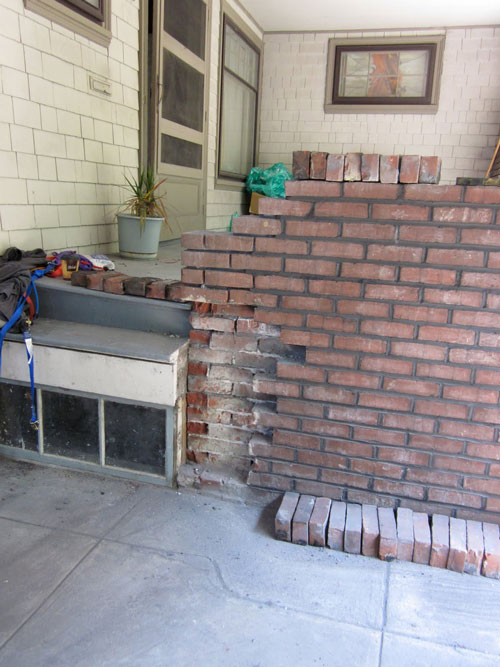 posted on Aug, 6 2012 @ 07:19 PM
link
I actually started thinking about this earlier today, if maybe joining the Masons would be a good thing for my life. Would anyone care to offer any advice on this matter?

posted on Aug, 6 2012 @ 07:28 PM
link
I have a few personal questions I would like to ask about Masonry. Not some conspiracy questions just events in my life in regards to Masonry. If anyone could help I would appreciate a PM!

Originally posted by tvtexan
To be honest, I have tried Masonry several times in the past, each attempt left me feeling like a complete failure.
Here is a picture of my latest project, I'm really trying dang it!

Is there any hope for me?

Originally posted by EnochWasRight
I don't care who you are, that's funny right there.

Something we can agree on. I larfed.

posted on Aug, 6 2012 @ 08:49 PM
link
reply to post by WhiteSpectralMirror
It's best to ask publically that way others will have the benefit of learning and participating in the discussion.

Enoch your comment about the PlayStation takes the cake for funniest comment today, but this wall was a close second.

I blew myself up, recovered, and wanted to become a Shriner. The only way to become a Shriner was to be a Mason, and the only Mason/Shriner I knew was kind of an ass, and he gave me the run around for awhile, and I never became a Mason. Years went by, I moved to a whole new state, got divorced, got remarried, and then found out my father-in-law was a Mason. Talking about him, I also found out some of my Dad's life-long friends were Masons and I had never known it before.

So, long story short, now I'm a Mason and a Shriner.


Is there any hope for me?

You have to start at the bottom you realize?

Ahh, just playing, it looks like you've about got that one whooped. No problem. And if all else fails, you're in Texas, stop by Home Depot, grab a couple of Mexicans, and that thing will good as new in 2 hours or less. That's what I did when I got stuck on my block retaining wall. Grabbed a $100 from ATM, case of beer, went to Home Depot for blocks, and came home with Mexicans. That was the easiest wall I ever built!

posted on Aug, 6 2012 @ 09:20 PM
link
It was when I first met a gaggle of Rainbow girls. Freeow! I was on a fast track. But then they (not the girls) started laying all this xtianity crap on me and I was out like a shot.

I guess that if I can at least make Enoch laugh I must be doing something right!

never have been, never will be

Your description of Mexican Americans is disgusting and very offensive.
I just reported you.
May you be banned for life sir!
Nothing will actually happen as I guess being a former MOD has it's privileges!

I guess that if I can at least make Enoch laugh I must be doing something right!

posted on Aug, 6 2012 @ 11:32 PM
link
Throughout my life I have considered Mason and Rosicrucian paths. But I am meant to eschew group affiliation in this life. At least, that is what I feel I am being lured towards. It is how I think. I am of the belief that our Creator made all of us fully capable of determining what it means to be a good person, of how to form the ashlar. We all have the capacity to reason, to observe, and to have insights. We also all have the ability to study independantly, and to seek out peers to discuss and share ideas with (as well as discern the wheat and chaff in such discussions).

So, with these strong feelings pushing me this way, that is the way I go. Maybe one day that will change. But not now.