posted on Jun, 26 2012 @ 12:45 AM
link
In this horizontal sundial in France, streaks of light are used to read the sundial. The streaks are produced each hour by the central system of metal sheets. It is easy to see that the main direction of all those sheets is equal to the direction of an ordinary pole style.

On each hour, the sun is in a specific shadow plane.
The sheets are so arranged that every hour, for a short time, the sun can shine through the openings between the sheets, producing a streak of light. 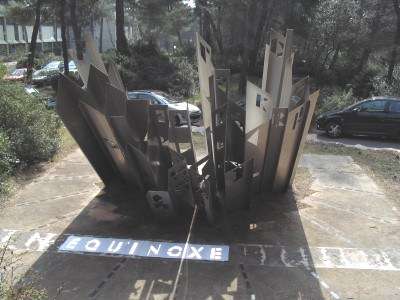 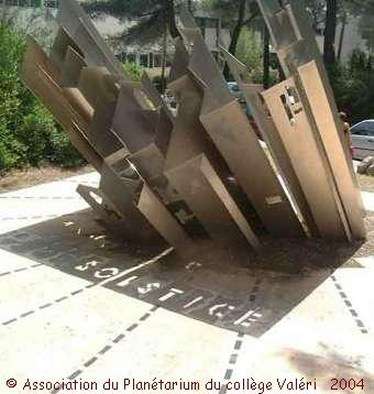 What time is it? If the time and day are right, this sundial will tell you: SOLSTICE. Only then will the Sun be located just right for sunlight to stream through openings and spell out the term for the longest and shortest days of the year. And that happened last week and twice each year. The sundial was constructed by Jean Salins in 1980 and is situated at the Ecole Supérieure des Mines de Paris in Valbonne Sophia Antipolis of south-eastern France. On two other days of the year, watchers of this sundial might get to see it produce another word: EQUINOXE. 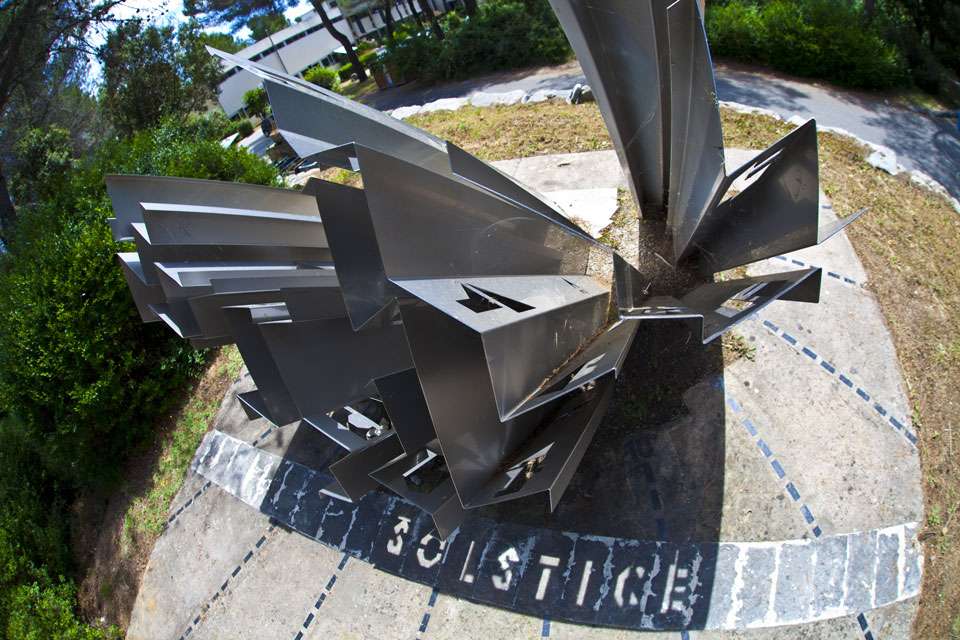 Thanks for sharing this. It is amazing how many things we may see or walk by every single day that we are to busy to notice and/or appreciate.


Very clever ! Thank you for posting !

I love the use of light in artworks which has really begun to get super creative lately, some examples: 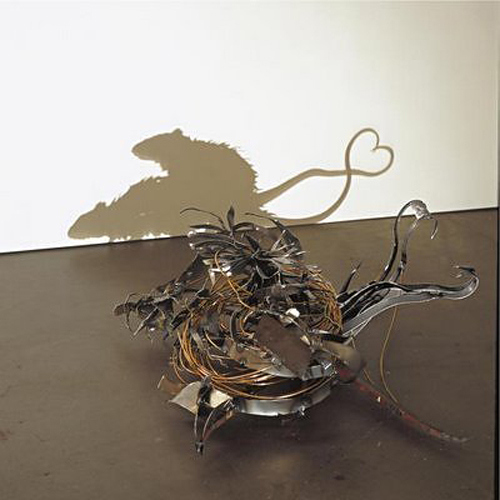 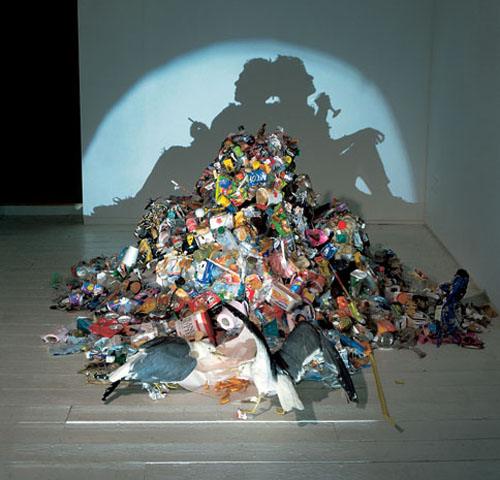 It's great seeing it done on a celestial scale

Originally posted by Qumulys
This is like a Fred Flintstone Rolex!

I love the use of light in artworks which has really begun to get super creative lately, some examples:

It's great seeing it done on a celestial scale


That is wild!! I want some of these too, to put beside my sundial!