You don't often hear much about Portugals UFO history, but here, Francisco Mourão Corrêa of Portugal Exopolitics explains some of the countries most well-known sightings, including an amazing incident in the 50s involving 2 military personnel who would become the highest ranking in Portugals armed services. This incident involved the dropping of some kind of microbial life in the form of "angels hair", which was confirmed.

Additionally, an incident from the 90s produced this image: 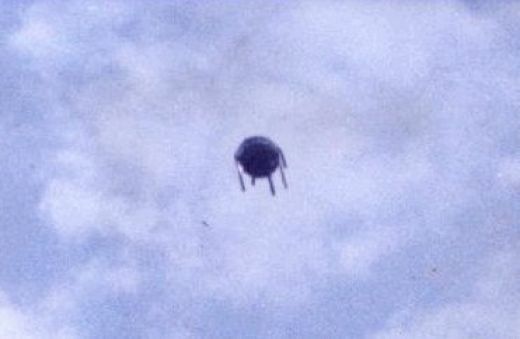 This is a genuine UFO photo and it was also observed by multiple witnesses.

Also, a report was done on this by Dr. Richard Haines, a former PHD scientist with NASA, who also confirmed that the object is definitely a UAV.

Anyway, some amazing encounters in this lecture, enjoy:

Also, a report was done on this by Dr. Richard Haines, a former PHD scientist with NASA, who also confirmed that the object is definitely a UAV.


That's a UAV imo mate, if it was an orb or sphere, I would've said UFO . Also, as it so happens, there is quite a lot of Foo Fighter encounters from the 50s mentioned as well, just to confirm that it wasn't just a WW2 problem.
edit on 20-6-2012 by Zcustosmorum because: (no reason given)

It's interesting to see the theories put forward for it, but as to this day, the sighting remains unexplained.

Furthermore, on the weather balloon theory, it was discounted by the weather service and additionally, the object had rocks thrown at it by people who thought it was trying to land. It stopped mid-air and then sped off at a high rate of speed.
edit on 21-6-2012 by Zcustosmorum because: (no reason given)


Gah! MyiPhone stopped half way through the presentation. I was digging the info despite the presenters dry style and trouble with English. I'll watch the rest later and thanks for putting it up