Reverences to all who read from a noob

I am a “mutant" and a “survivor", if defined with fringe knowledge terminology, and always had problems integrating with western society since I have use of reason.

A bit due to physical differences to what is considered the norm, but also because I always lacked a good social background into which integrate. Meaning that around 75% of my life has been spent in an industrial slum of meat industry and that since early adolescence the only creed I saw as my true way was Hinduism. I point this because this is not normal in the western world.

While was true that being rebel starting in puberty through middle adolescence, when I saw the world beyond the industrial district, it marked me for later stealth mind conditioning; in late adolescence when I started living like a recluse dumping social contact for knowledge cultivation.

But this, the implanted thoughts of social conditionings, always instigated in my a search for healthier philosophies than the stupid stealth conditionings of late adolescense: clean shave, hair cut and becoming just another salaried civil slave.

I never bought this, but became involved with Hinduism in different ways at eighteen years old, and at twenty-three I became officially a Hindu when I took
my first tantric initiation in India.

What I want to point out, not to show-off nor anything is that active interest for getting rid of the sub-human misery and ignorance of social hive minds and matrixes of control became a central endeavour after I lived the most important thing a human being can live, specially one with Hindu idelogy: realizing liberation.

After liberation when I started knowing my own broadcasting telepathy and communal minds the throes from the social conditionings became more fierce but it was still going on in a stealth manner... I couldn't blame no one for this, but it was getting out of my hands, like feeling my mind as my worst enemy.

After nirvikalpa samadhi (or illumination) I aqcuired some powers. This has made me live very weird supernatural experiences, especially with specters of persons I knew died violently and UFOs, IFOs and assorted phenomena; but before the enlightenment I also had a couple of these.

So I gravitated more and more towards Hinduism until I could travel to India to get the initiation I wanted to have and could feel that I really formed part of a culture which enabled me to cope with any mental abuse that I was continuing to feel.

Being marginal and socially dislocated as I am in the west I think this site is a very good place to find equals. I enjoyed a lot reading these forums occasionaly for the last two-three years, when I begun studying UFO and “conspiracy theory" literature. I began to study this stuff in late 2007, and so far I have read twelve books on alien/UFOs and general western paranormal/fringe literature.

I hope we all benefit from this hub of "mutant" knowledge...


I am sure your point of view will be welcomed here by many, and intellectually opposed by some. Personally I hope you enjoy your ATS experience.
Here is a link to a thread with 3 short films in it that addresses some issues currently being discussed in numerous threads. I think your ATS experience may be better enjoyed if you watch them. I have watched them several times, as once was not enough for me.
www.abovetopsecret.com...

also, if you are interested in sharing your theological views and knowledge about Hinduism, here is a forum that would probably like to hear your input:
www.belowtopsecret.com...

Postive criticism: We seem to share a similar problem, I too sometimes leave words out (especially if they are short words like “the” and “and” and the like. I think you may have done this a couple times in your intro, but I still knew what you meant.
Pretty soon you may get a visitor to your thread, although they may be out and about fighting crime right now. They will share with you some important information and some links to help understand all of what ATS offers and expects from their members.

I’ll try to call this individual for you: 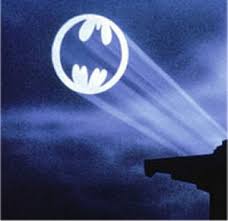 posted on Aug, 21 2010 @ 05:38 AM
link
Well... I'd first like to say that society is not the most welcoming thing in the world. I am sorry that your experiences have led you to such pain. But I'm sure without we wouldn't be on this plain of understanding. I'll say that the world is in trouble but with the combined knowledge and exposure we can accomplish anything.