posted on Oct, 28 2008 @ 03:12 AM
link
Not sure if you all have seen this, but figured i would post it. Just thought it was kind of interesting considering all of the ufo claims that have been around lately. Is this the goverments new answer for possible sightings?

posted on Oct, 28 2008 @ 03:16 AM
link
LMAO!!!! Aurora any one???? that animation looks like many of the pics i've seen of the Aurora black project. Intersetingly enough they gave away some clues to the type of motors it uses as well. If it is in the MSM then its not a future project. We already have it and they may show us a real picture of it soon.

posted on Oct, 28 2008 @ 03:58 AM
link
He even says the enging will make a pulsing noise wich people say they have heard the aurora make.

P.s that news reader is fiiiiiiine

Maybe the MSM should read ATS a bit more often

Originally posted by W3RLIED2
LMAO!!!! Aurora any one????

Its crazy how many 'conspiracy theories' from the last couple of years are coming out into the open at the moment.

New Hanger just built at Area 51 to house it 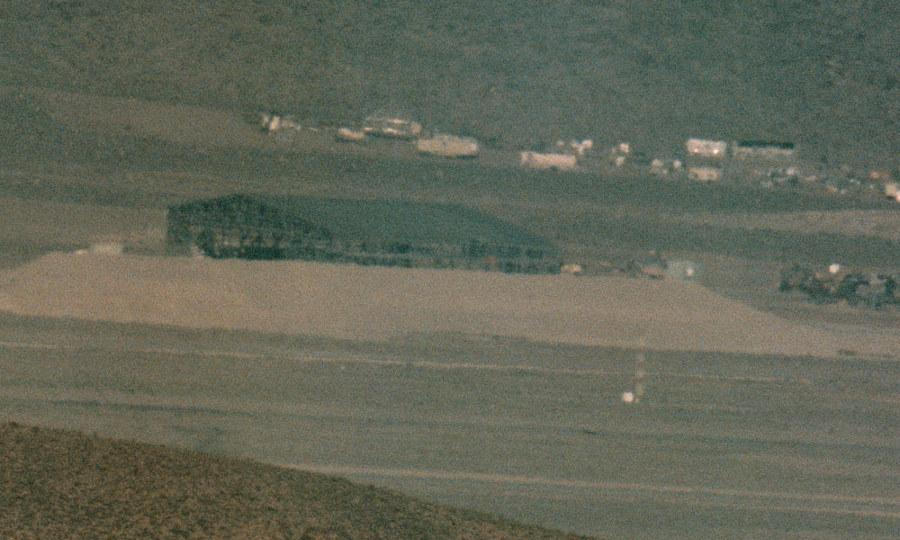 Its crazy how many 'conspiracy theories' from the last couple of years are coming out into the open at the moment.

Originally posted by expatwhite
its amusing this is treated as "news"

Maybe the MSM should read ATS a bit more often

Theredoes seem to be many conspiacy theories that are actually looking like conspiracy realities??? I guess is how to put it.

And yes i get a laugh at how many things i know about before they put it on the real "news "chanels. wait until i show my roomates this clip. I was just trying my best to convince him that the airforce has black projects ongoing as we speak and that one of them is the Aurora project.

They blew me off... naturally. Now i get an "i told ya so". Pretty soon maybe us crazy conspiracy buffs will all be having a big laugh.

Originally posted by W3RLIED2
We already have it

and they may show us a real picture of it soon.

Originally posted by jasperaldo
does it also fly over europe?

If you listen to the NASA guy it has orbit capabilities. I would imaging it can fly over Europe

Originally posted by W3RLIED2
that one of them is the Aurora project.


Thanks for the correction Z. cool pic of 51 too! you knew what i meant any way who cares about the damn project name.


Interesting how much dirt is piled up around that hangar. Either there was a little excavating going on there or maybe they had to build up a level surface for the hangar to sit on?

I always thought spelunking was cool and it drives me crazy knowing there are practically CITIES underground all over the place that most of us will never be able to see...and yet we pay for it all.

I just hope they don't end up wiping places like ATS out. CIA front / governmental data mining / subvert finder or not, it is comforting to know that you've had the scoop on the MSM for YEARS. LMAO

Oh yeah and just to stay on-topic here, isn't this the X43 project? And wasn't there a thread here on ATS about a version of blackswift being "discontinued"(translated in the thread as going black)? Too lazy to look for it right now or I would.

Seems that I keep bouncing between the ideas that either there IS a very clear, deliberate and well-planned conspiracy by the black government and the idea that there is simply too much waste within the system/if the government can't even do simple things right, then how could they pull off some of these other fantastic claims being leveraged etc...and that in it's habit of self-preservation and methods of accomplishing this end, it only SEEMS like there is organization amongst these groups.

I guess I just keep holding on to the hop that one day someone or something will effectively pull back the curtain hiding the little man at the controls: "Pay no mind to the man behind the curtain!"

Keep up the excellent work Z.

posted on Oct, 28 2008 @ 06:49 AM
link
Wow. I remember my father telling me how he would see the SR-71 fly overhead when he was a child living in Palmdale, before it was announced to the public. Now after all these years of people claiming to have seen the donuts-on-a-rope contrails the government has finally admitted the existence of the 'Aurora'. It's nice to receive some validation now and then isn't it?

posted on Oct, 28 2008 @ 06:54 AM
link
if this is what they are telling us is the newest development in aircraft and people around the conspiracy world have known about it for years, it makes me wonder whats actually in development or just being thought of.

posted on Oct, 28 2008 @ 09:40 PM
link
How old is that YouTube link, a few months at least as it mentioned the recent Supreme Court ruling on the 2nd amendment as 'breaking news'. I found an October 13th article that claims that the Blackswift project has been canceled.

Originally posted by W3RLIED2
you knew what i meant any way who cares about the damn project name.

Details its all in the details... the right name will open more doors like "MISTY"

Now the following short report is from a retired fellow in space command. This was an incidence he observed before receiving his top level postings. He never told anyone till now... and when he saw that thing on Fox he called me all exited and said "THATS what I saw... only BIGGER"

During war games at Hill AFB, Utah, I was standing out on the flightline, guarding the perimeter, the entry-access control point. The rest of the base was in black out conditions, with black plastic over the windows of the buildings. All of the sudden, an aircraft or an airship was above me, of unknown origin. It was the biggest aircraft I have ever seen, completely silent and moved approximately ten miles an hour, almost floating. It was triangular, no visible engines, no markings, gun metal black.


Okay now the point here is the date 1985. This ties in exactly with other research in intelgurl's thread.