posted on Jan, 7 2022 @ 12:39 PM
link
75 years ago David Robert Jones was born in the Brixton area of London , the world would come to know his as David Bowie , tomorrow would have been David Bowie's 75th birthday so to mark the anniversary 2 previously unreleased versions of Bowie's song ‘Shadow Man’ have been released , the first is an early studio demo from 1970 and the second is a reworking of the song Bowie did in 2000 for an album called "Toy" , an album that was never released.

According to artist Tanja Stark the lyrics appear to be influenced by the insights of Carl Jung, the Shadow being a core archetypal concept in his depth psychology framework. Bowie described himself as Jungian in his relationship to the dream state, acknowledging Jung by name in the lyrics to Drive In Saturday.

Jung wrote “…in spite of its function as a reservoir for human darkness—or perhaps because of this—the shadow is the seat of creativity”. The lyrics to Shadow Man acknowledge this component of the psyche, recognizing its dual capacity, from a Jungian perspective to be “foe” or “friend”. In this framework, the ‘girl up ahead who knows’ in the lyric could represent the role of the anima.
bolanpics.wordpress.com...

I prefer the early version which is why I put it first.


It's also the 5th anniversary of David Bowie's death on 10th January.

I can't remember what I saw this on, but I'm pretty sure it was Tony Visconti who was talking about it. Apparently, before he died, Bowie had left him instructions for when to release certain things. He had some things planned out years in advance that he wanted to be released at certain times. I don't know if this track was a part of that, but possibly.

edit on 1/7/22 by BrokenCircles because: (no reason given)

Maths never was my strong point. 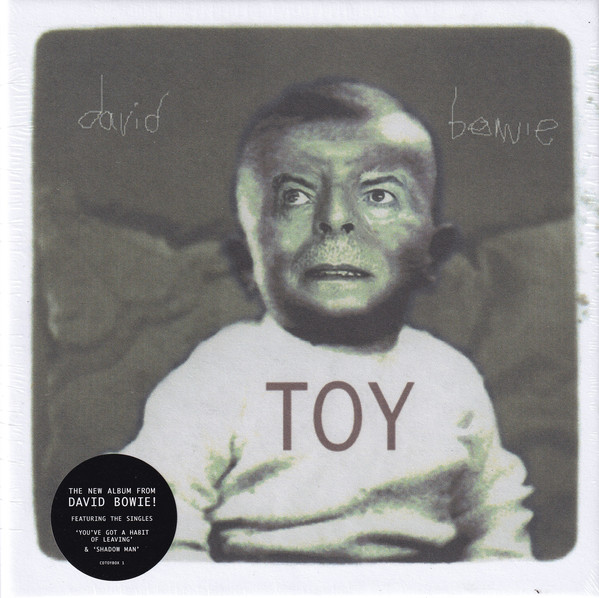 posted on Jan, 7 2022 @ 02:12 PM
link
Loved him in the movie Labyrinth. There was good chemistry between him and Jennifer Connelly.

Thanks for posting.
There is also a new Sirius XM Channel for David Bowie.
I think it is 106.

posted on Jan, 8 2022 @ 12:29 AM
link
I just picked up a DVD in the discount bin, "The Dark Crystal" and "Labyrinth", to share with the grand daughter. Not only is Bowie great, but Jim Henson's work was excellent. I miss Bowie and Henson, both now in the great beyond.
edit on 8-1-2022 by MichiganSwampBuck because: Corrections