Take just ONE trip offshore with me to shovel rocks, snow and pound ice.

And after ONE good beating on a cold winters day,

30 feet and building as we ran for the beach.

We didn’t make it and we had no choice but to turn and run ahead of the storm force winds that drove us to the deeper waters that are found far offshore where we then jogged it out or just lay too for nearly 2 days.

So, you wanna be a Scalloper huh?


PS: You may have fun playing with the National Data Buoy site where you can click on the different buoys and see real time wind and wave reports.
Here’s the link…

One time it was so bad, I had to get down into the bottom of the boat, for fear I would go flying out.

Took me about 2 hours before I calmed down.

Love saltwater and fresh water fishing, and love to eat it.

I do appreciate someone who goes out everyday rain or shine to make a living.

It's a labor of love.

posted on Oct, 26 2021 @ 11:27 PM
link
There was a time when I thought after retirement I would sail around the world in a 42 Ft. Ketch. Well after doing quite a bit of sailing I figured out the ocean is not something I want to fight with and furthermore there are creatures that want to eat me and mine just because they can and that is their nature.. So I fly or drive where I want to go.. Much respect for those who go forth upon the seas and oceans of earth.
youtu.be...

You should have done it…..😁

I was 14 and it was the the second summer I was caulking Concordia’s in the town we lived in and I had a friend who’s father was some bigwig in New York and he took his family on a round the world sailing trip on a 83 foot 3 master but I forget the make.
Both my friend and his sister were allowed to bring a friend to make the trip with them and Carl asked me to go. They brought a teacher/doctor a lic. captain/engineer and two deckhands, one being the cook.
When my buddy’s dad talked to my mom she said no. I needed to bring nothing and I’d miss no schooling. Nope, she refused to let me go with them but years later seeing where I went with my life she admitted she regretted not letting me go.
Oh well, it was not to be but one thing really stands out in my mind. My buddy Carl was a chubby blonde kid, they were all blonds from a Norwegian family line and the day they returned he was way up at the tip of the mainmast on a boatswain chair. Carl was afraid to even climb around under the bridge next to my house so seeing him way up like that was a big surprise, he was terrified of heights before.
I still wonder how things would have turned out in my life had I gone on that trip.
It’s all good though, I loved doing what I did and I’d sail through the dike into a hurricane tomorrow if I could. 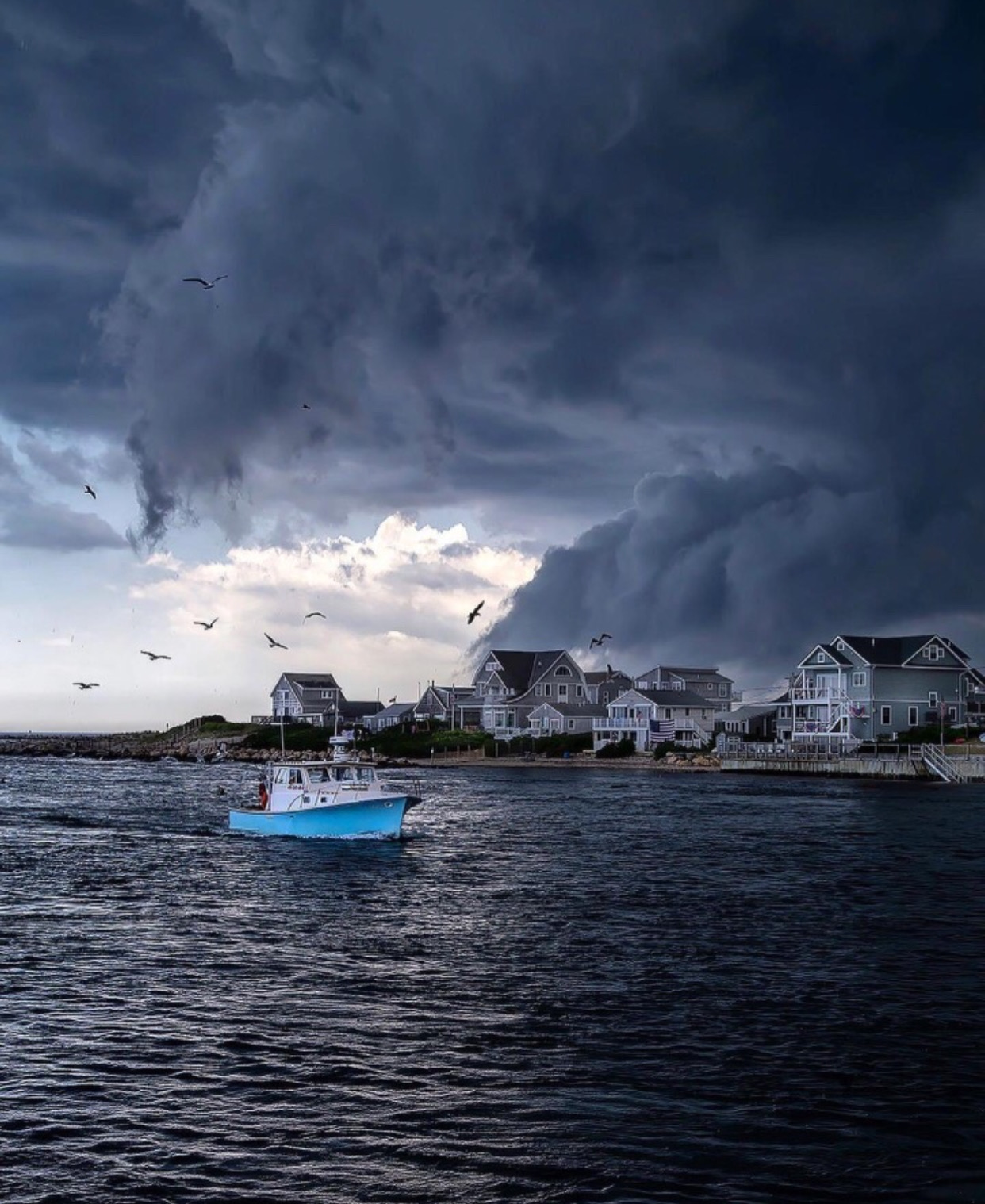 When weather suddenly kicks up things can certainly get interesting to say the least huh.
Personally I’m a big fan of heavy weather, well within reason of course but as a rule the harder it blew the more fun I was having!
I made a big mistake a couple of years after I got married, a mistake I came to greatly regret.
We had a second floor apartment and our bedroom was at the front of the house along the street where it overlooked a big pond off to the South. One night when we were getting ready for bed the wind was ripping and gusting 40-50 mph or more and it made a loud moaning sound as it passed through the wires that were strung along the telephone poles just outside the windows.
Like an idiot I said, Hear that noise the wind is making, when you hear the wires moaning like that we are getting our asses kicked offshore.
How #ing stupid was I for saying something like that so that every time I was out fishing she’d be scared to death when she heard that sound. It caused her many sleepless nights.
Yup, one of the stupidest things to ever come out of my mouth……
I do love weather though…….😎