The Daring Rescue of the La Palma Volcano Trapped Dogs

posted on Oct, 22 2021 @ 06:28 PM
link
3 starving dogs have been trapped by the erupting volcano at a property in the town of Todoque for a couple of weeks now , since they were spotted drones have been dropping them food in an attempt to keep the emaciated animals alive and experts have been planing a daring rescue mission using drones and nets to air lift the stranded mutts to safety .... it's the stuff of movies.

Well now it seems the A Team , touched by the plight of the starving animals , have beaten the aeronauts to the punch by walking in and rescuing the dogs themselves .... it really is the stuff of movies !

Drones attempting to rescue three dogs trapped near an erupting volcano have found no sign of the animals - but have discovered human footprints in the no-go area and a message saying: "The dogs are fine".

A picture of a banner circulating on social media, saying in Spanish: "Be strong La Palma. The dogs are fine. A-Team", hinted that the animals may have been moved.

The drone team confirmed they could see part of the message from the skies, along with human footprints.

"The banner is really there, only overturned by the wind, and we saw human footprints, so we understand that the dogs had been gone for some days," the chief executive of drone operator Aerocamaras, Jaime Pereira said.
news.sky.com... 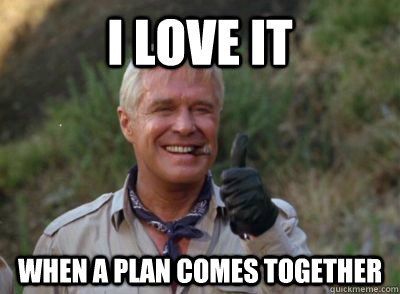 originally posted by: ketsuko
I'm glad the dogs got saved.

I have been worried about those dogs since the first night I watched the volcano live feed, and could hear dogs crying. I cried.

My brother was like that. He is no longer with us, but he went out of his way to help those he knew, and strangers, if in need. His funeral was filled with so many people the family did not know, or expect to attend, that we had to make accommodations for all the people that were outside, because there was no room left in the church.

Everyone had a story of how my brother helped them, when they needed help the most. All their stories were new to us, because though we knew he was loving and generous, he never told anyone what he had done for those he helped.

We grew up in the country, poor as church mice, and we never realized we were poor until we grew up. There are ten of us, and I am very proud to say that all of us are loving, generous, community involved people, but my brother, that is no longer with us, was more loving than any of us.

You don't hear often of those that would walk through fire for a stranger, but there are a lot more out there then we realize, because people like that are rarely newsworthy.

originally posted by: ketsuko
I'm glad the dogs got saved.

Animals (most) simply act because of instinct because it is their inherent nature to be the way they are. Humans have the ability to change their nature yet many do not and are therefore not worth saving.

posted on Oct, 22 2021 @ 11:52 PM
link
Normal people will risk their lives for their companions, the US military leaves them to the mercy of the Taliban.