Moses the Physiologist (Anatomy in Genesis)

posted on Oct, 18 2021 @ 05:50 PM
link
"In Phoenicia, Pythagoras conversed with the prophets who were descendants of Moses the physiologist, and with many others, as well as with the local hierophants"

"The Life of Pythagoras", written around the 3rd Century AD


A physiologist is defined as:
"an expert in or student of the branch of biology that deals with the normal functions of living organisms and their parts."

This was a rightful description of Moses by Iamblichus. The reason being, is that in his Genesis account he manages to very accurate describe the autonomic nervous system and its relation to the fall of humankind. 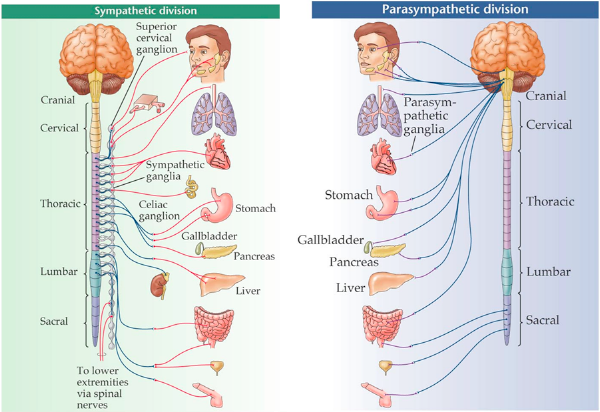 The autonomic nervous system is located in your spine in the middle of your body. It is sub-divided into two separate over-arching functions, yet they both sub-sets are located in the spine. This is why in Genesis the tree of knowledge and the tree of life are both in the same location in the middle of the "garden", they are referring to these neural trees that implement very specific functions: 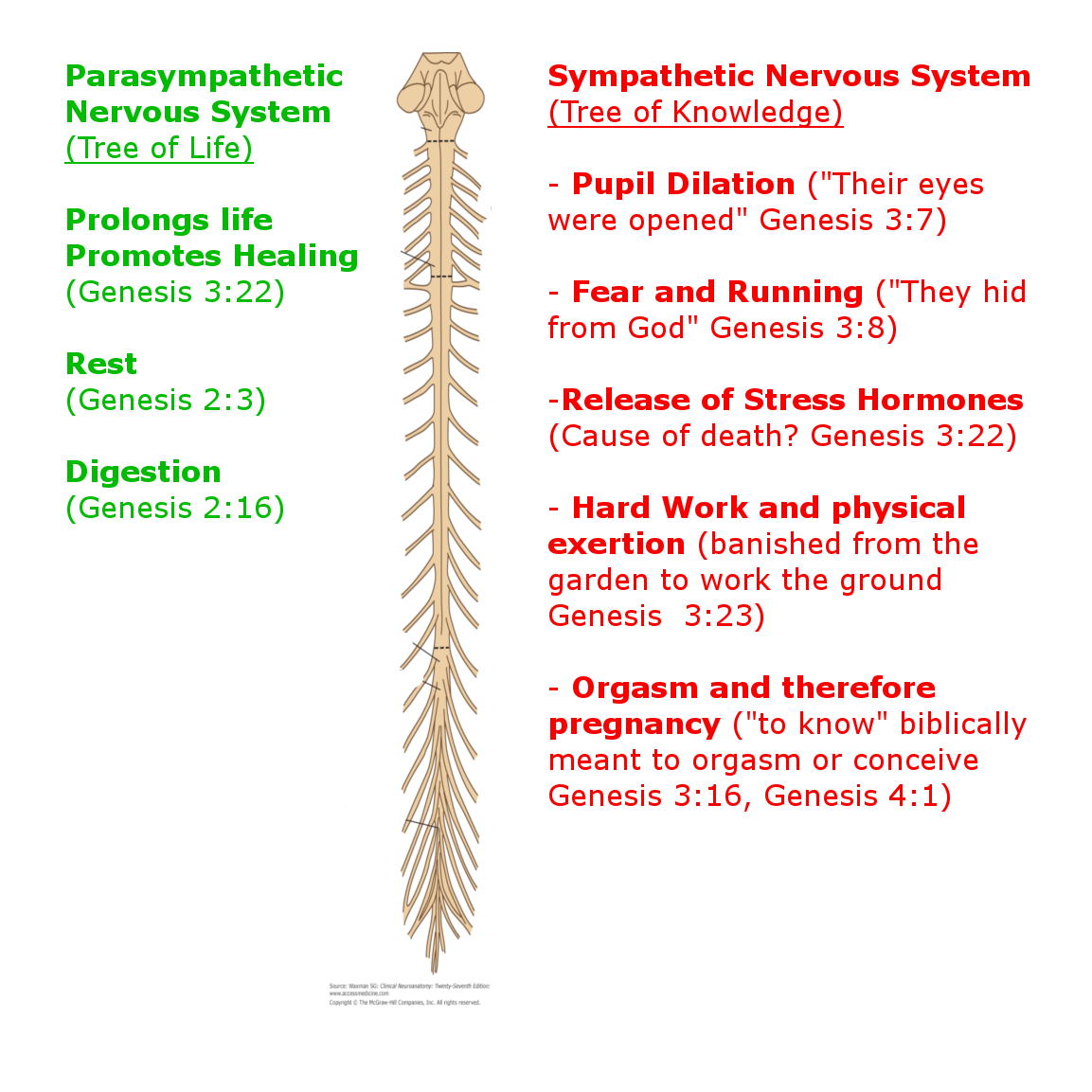 Both of these systems in the autonomic nervous system have been named "The serpent brain". This is the role of Satan in this whole story. I firmly believe that because Adam and Eve were so close to God, that their external world was a seamless mirror of their internal state (Luke 11:40) Satan, also deemed Yaldabaoth, Loong, and Quetzalcoatl by other cultures, managed to get them to do the one thing they were not allowed to do.

Surely enough, Eve was the first to O. This then enticed Adam to also eat of this sweet nectar. Notice how it was only once Adam orgasmed that all hell broke loose. This is because you can continually have sex until the male orgasms. A woman on the other hand can reload quickly. Once Adam orgasmed and therefore activated his sympathetic nervous system, the entire cascade of events that follow are all actions of the sympathetic nervous system as shown in the graphic above. This ended their dream-like state in paradise, and resulted in fear, work and pregnancy. Ideally on the Sabbath this dream-like state can still be emulated, while all worldly endeavors are handled during the week. Use the Holy Spirit (breathe consciously) to help endure your trip in paradise.

"For this reason a man will leave his father and mother and be united to his wife, and the two will become one flesh, So they are no longer two, but one flesh. Therefore what God has joined together, let man not separate.”

This serpent in our spine can be used for healing or enslavement, which is the dichotomy of the serpent that Moses raises in the wilderness, and the totalitarian control of pharaoh. Jesus also refers to the raising of the serpent. This is the triumph of trust in God over trust in mammon (greed). Instead of the serpent falling into a slave state, it is raised into a state of eternal life perpetuated by the endless healing of the parasympathetic nervous system. Believe the good news if you can.

"Just as Moses lifted up the snake in the wilderness, so the Son of Man must be lifted up, that everyone who believes in Him may have eternal life.…"

This is not just Jesus's mission, but our calling to follow our Brother into the next stages of human consciousness. We all begin to understand at whatever pace we are ready, but remember to put no limitations on the power of God.

"Whoever has ears, let them hear what the Spirit says to the churches. To the one who is victorious, I will give the right to eat from the tree of life, which is in the paradise of God." (Revelation 2:7)

Do not wait for death to reveal this mystery. Seek, with all your heart mind and soul, and you will find.

The Omega chapter of the Bible

I like this one Cooperton, nice work, don't know if it is as it was meant but it makes sense as you explain it.