It is a tale
Told by an idiot, full of sound and fury,
Signifying nothing.


The irony is thick with this one.

Here we have a man who survived the ideological-made-physical warfare of the Chinese Cultural Revolution, emigrated to the United States to great success as a musician and professor, getting cancelled for showing his students a film which showcases two of Western Civilization's crowning achievements (Shakespeare and Verdi).

Apparently, his fragile students and fellow faculty felt as if safe spaces had been invaded and some kind of harm had been done when Lawrence Olivier strolled onto the screen in Moorish costume. This is the same type of outrage that attacked Scarlett Johansson for trying out for the part of a transgender when a real transgender can act the part so much more authentically.
Theater has historically used males to play female parts and relied on something called "acting,"

: the art or practice of representing a character on a stage or before cameras

If Sir Larry was still alive he'd be blacklisted. Or running for Governor.

Bet he's getting flash backs of china he left to what's happening now in the US. 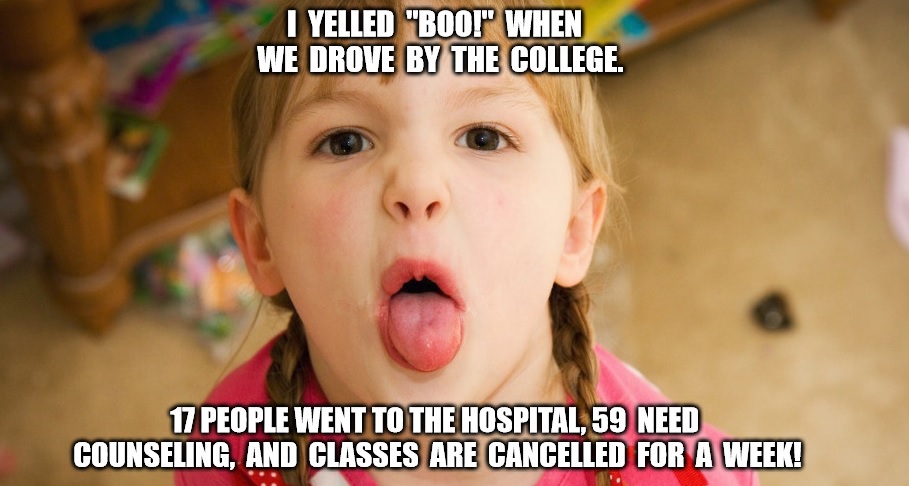 It's crazy. Rather than empowering our youth to make them stronger and more impervious, we're encouraging a stunned fragility and vulnerability. A bit of a bleak outlook for the future, imo.

I don't doubt it. The similarities are hard to overlook!

It's crazy. Rather than empowering our youth to make them stronger and more impervious, we're encouraging a stunned fragility and vulnerability. A bit of a bleak outlook for the future, imo.

Absolutely! College should be a place where you discuss controversial things. A free exchange of ideas. Instead, they get offended and traumatized by the most ridiculous things.

This is how you get a bunch of adult children, waiting on instructions and their allowance to hit the bank. And tattle-tailing.

I'll say that there truly is a dark history regarding race relations, and that I'm truly thankful to have grown up in a time when minstrel shows and blackface (real blackface is not the same as putting on makeup for an Othello role) are things of the past. I grew up with Eddie Murphy donning white makeup to be Mr. White and the Wayne's brothers dressing up as white chicks, so for me the use of theatrical makeup doesn't hold the same connotations as a 1920s audience member watching Birth of a Nation or something similar.

And I couldn't even imagine what it would have been like to have lived in the south 100 years ago, when lynchings reached their horrific peak and segregation and oppression were rife.

All that said, the youth of today have been taught to view and judge all history according to modern standards, and have also been shown history through a glass darkly, w/o context that shows that humans are humans, and have always had tumultuous times and warring factions, along with some times of relative peace.

They're taking history personally. I don't think there's a healthy outcome to such an approach.
edit on 18-10-2021 by zosimov because: (no reason given)