Klimt Portrait, Missing For 22 Years, To Star In Rome Show

posted on Oct, 3 2021 @ 12:37 PM
link
I don't know anything about art but I do get interested in the world of art heists. I got interested enough by reading about the stolen Munch, The Scream years ago to read a article that came my way but not to really investigate this world. So I'm no expert but have read a few stories and this is one of them. It's quite fascinating, a true whodunit. The Isabella Stewart Gardner heist in 1990 has a great newish doc that came out on Netflix and they have no clue who did it but thousands of theories.

Well, this Klimt is back and found in what is another weird twist in the world of art, in the same place it was stolen from.

ROME -- Gustav Klimt’s “Portrait of a Lady,” which went missing for nearly 23 years after its theft from an Italian museum, will star in an exhibit about the Austrian artist that is opening this month at a Rome museum.

In December 2019, a gardener at the Piacenza gallery was clearing away ivy when he noticed a small panel door in a wall and opened it. Behind, he found a plastic bag containing what was later authenticated as the stolen Klimt.

The painting depicts a young woman sensually glancing over her shoulder against a dreamy, moss green background. Klimt completed the portrait in 1917, a year before he died, and the Ricci Oddi Gallery acquired it in 1925.

How, why and just when the portrait wound up stashed behind a gallery wall has been a mystery. It's unclear if it ever left the gallery grounds. One theory holds that whoever stole it might have hidden it there waiting for the news of the sensational theft to quiet down, but for some reason never retrieved it.

A no gloom and doom thread for you all. Gotta admit it's a cool story.
edit on 10/3/2021 by TheSpanishArcher because: (no reason given)

posted on Oct, 3 2021 @ 01:45 PM
link
My first guess would be they don’t want to admit paying a high “ransom” to get their painting back.
I’ve always wondered what these art heists do with 20 mil famous paintings. You can’t just hang it up and say look what I have. Or put it in on eBay.
I forgot which one had the fake police come in and rob the place, but they were well known famous paintings. And to do what with? I guess my criminal mind can’t see that part working out.

Ok now I know why it was behind the wall!

a young woman sensually glancing over her shoulder against a dreamy, moss green background.


Ah Someone has bad eyes? 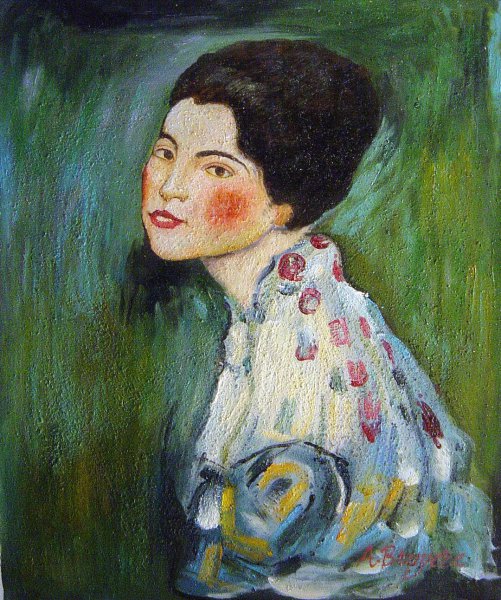 The version on Wikipedia looks much better.

Should have left it behind the wall.

The version on Wikipedia looks much better.

That would be the Isabella Stewart Gardner heist in 1990 you are referring to. Half a billion gone and still no one knows where it is. They didn't do the right thing, they just cut them out of the frames. Which doesn't make sense. If you are going to steal art, leave it intact.

The Great Resignation led to 4.3 million Americans quitting in August. This…
Italian ‘Kidnappers’ Who Tied Rich British Tourist to Radiator for Eight Days…

A painting by Vincent van Gogh that was seized by Nazis during World War II is expected to be auctioned off in November for $20 million or more, the Associated Press reported. The auction will take place November 11 at Christie's in New York City, where other pieces from the collection of Edwin L. Cox, a Texas oilman who died last year at the age of 99, will also be up for bid.

Whatever, I don't get art and the heist's, I think Van Gogh is crap and doesn't deserve any admiration. All that effort to steal something you most likely cant sell.
edit on 10/15/2021 by TheSpanishArcher because: (no reason given)

originally posted by: TheSpanishArcher
Whatever, I don't get art and the heist's, I think Van Gogh is crap and doesn't deserve any admiration. All that effort to steal something you most likely cant sell.


That's what's interesting about art, what some people like others think is trash and vice-versa.
As not being able to sell, most cases of big art thefts are (supposedly) contracted by someone that wants the art piece, just to own it, not to sell it.