posted on Sep, 23 2021 @ 01:27 PM
link
This world is throwing up some curve balls eh? It's all fun and games Untill someone close to you is affected, I don't worry.... I rage a lot though, could be worse Tbh, punching doors and playing out impossible scenarios where I meet evil with greater evil.
How is forgiveness and love supposed to defeat evil? I'm still learning so maybe I will learn if there is truth to that adage. But heres how I see it, I've read a lot about the religions of the elites. Ancient gods who require sacrifice, Moloch, Zeus, Satan... You know the crew. These elite are true evil eh?

No they are not, evil and sadistic yes, the people with the biggest capacity for evil is the oppressed. They are the ones who feel compassion the strongest, maybe that's why the elite claim to come from these elite backgrounds of oppression.
Now the time has come for a reversal... The loving compassionate ones will become the evil torturers because of the light of truth. People looking for justice will be filled with unadulterated vengeful rage at the truth of the matter. Satanic Ritual Abuse will be disclosed, the truth will come, and so will satan, and it will be the good and the wholehearted that will bring him

Nature entertains so such delusions.

We are a social animal capable of great wonders as well as horrendous atrocities.

Knowing right from wrong is part and parcel of the human condition and essential for our continued existence.

End of the day "evil prevails when good men fail to act" or where there is imbalance in the world.

After all "absolute power corrupts absolutely".

Satan does a lot of damage before he is locked up for 1000 years. We are on a time schedule that is leading directly into the great Tribulation. The Satanic elite are preparing to collapse the US Dollar, and need collar all of Earths citizens first, before ushering in the New World Order, and its new digital monetary system. A new system, where every single transaction is taxed. They also need to dispose of several billion useless feeders who are breathing their air.

The greatest conspiracy ever, is unfolding right under our noses. Its right up in our faces. The new one world government will be governed by 10 crowns, and have terrible teeth of iron to tear and shred humanity. It will be filled to the brim with that same evil that only fools deny exists. Those same fools will chewed by those iron teeth, and spewed to the ground.

A new leader will arise shortly with what appears to be a perfect plan to save the planet, and usher in a new time of peace. A 7 year treaty will be signed, and everyone will proclaim " peace, peace! After 3.5 years, the treaty will be broken, and all hell will break loose. Mens hearts will fail them out of fear. They will want to hide underground from what they see on the planet, and in the sky. This time of reckoning will have to be shortened, otherwise, there will be no viable flesh left on Earth. After that 7 year period, Earth will enter a new phase, with true peace. There will be healing. Those who are still alive, and those born during this new phase will have significantly longer lives. If a man dies at 100 year old, it will be said " he has died as only a child".

My family listened to prophecy, and it saved our family. We followed the instructions that were given. We left from where we lived at the base of Mount Ararat in Turkey. My family member was a ruler there in the Ottoman Empire until his untimely death in a horse back accident. Our family was held up a royalty, but even so, we followed the prophecy and sold our land and left in 2013.

There was another family that maybe lived a hundred miles from us. give or take. They also took to heart and obeyed the prophecy. They left 2 years after us and were also spared death. They followed the instructions and ended up in Southern California, just like us, on the west coast, right where we were all told to go.

There is a second prophecy that is still sealed until the appointed time. Inside are instructions on when to leave here and where to go. We are currently waiting for that letter to be opened.

Oh, that second family. Perhaps you have heard of them before. They are the Kardashians

And my great grandmothers uncle was Hagpop Kazazyan ( Pasha- Ruler) 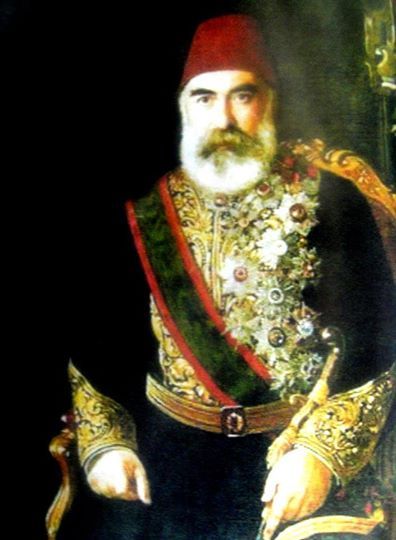 Enjoy the balance of your day

Whoa! First, beautiful relaying of prophecy. I know of the things that you spoke of, but a refresher is always welcome (especially now). For some reason I knew some of your family history, but not to this extent. Amazing...

posted on Sep, 23 2021 @ 02:43 PM
link
a reply to: visitedbythem
Wow... You sound interesting, and you said balanced at the end, perfect. Kinda should if mentioned the balance thing myself

I am very balanced I believe, I have deep compassion, and love and empathy... I am also aware of my shadow, or my darkness. I know I need that as much as my light, for protection you know.
We need to be aware of our darkness, before it manifests and is uncontrollable
Ps do you have Khloes number? I'm like a 9
edit on 23-9-2021 by DAVG1980 because: (no reason given)

posted on Sep, 23 2021 @ 02:51 PM
link
a reply to: TheMirrorSelf
I was entranced by her? Post too it made me feel it, if you know what I mean, that's rare. I would love to know more, the title is future scenarios, so anything is on topic, I have loads of future scenarios

But, I wonder why a prophecy, intended to keep your family, past and present, safe from harm....

Would send them to Southern California, land of drought, pollution, and potentially devastating earthquakes?

Not to mention it's increasing vulnerability to sea level rise due to climate changes?


If "safety" was the goal (if, ultimately, safety is even possible), why not direct the family to the inland northern valleys of the state (avoiding the flammable foothills of course!)?

What makes you believe that the so-called "elites" worship any gods, ancient or otherwise?

Granted, many of those seeking wealth and power, or seeking to retain wealth and power, will profess a reverence to whatever diety du jour best suits the current fashion, but in truth, the belief necessary is the belief that what they seek is due and just rendered unto themselves...no other gods need apply.

The truly powerful recognize that the real purpose of religion, All religion is its facility to obtain and focus the wealth and labor of those whose lives are self-recognized as unbearable and otherwise hopeless.

Riddle me this...why visitedbythem do people keep assuming you and I, specifically, are women? Another poster below referred to you as a woman, and of course there is 'she who shall not be named' who thought us both middle aged women. What gives?

What makes you believe that the so-called "elites" worship any gods, ancient or otherwise?

Granted, many of those seeking wealth and power, or seeking to retain wealth and power, will profess a reverence to whatever diety du jour best suits the current fashion, but in truth, the belief necessary is the belief that what they seek is due and just rendered unto themselves...no other gods need apply.

The truly powerful recognize that the real purpose of religion, All religion is its facility to obtain and focus the wealth and labor of those whose lives are self-recognized as unbearable and otherwise hopeless.

I certainly believe that the 'elite' are Luciferian. There are many such reasons both Biblical and empirical that lead to that assertion, but I don't think it's a rouse. It's real, as real for them as Christ is for Christians...

Maybe you speak from the anima here, maybe here is where you share your thoughts that you don't with a masculine other. Maybe we sense this

My grandparents and most relatives stayed there ( LA area). Most have passed. My immediate family moved to the inland northern valley of the state in the mid 50s. My children are even further north in the hills and mountains. The prophecy said to go to the west coast. There is a book that was written this topic, and discusses the prophecy and whole ordeal. The title is " The happiest people on Earth". It was out of print for many years, but I believe they have had a reissue.

I think the Kardashians were known as " Jumpers". They were like Pentecostals. They would jump up and down in church. My family was far more conservative when it came to religion. There are also several articles online about the Russian boy prophet, who came over the mountains from Russia and lived in a stone house amongst my people. Even though he couldn't read or write, he drew accurate maps, and gave exact instructions on exactly which continent we were to sail to, where where to enter it, and where to proceed to from there. All this from the other side of the planet, even though he had never been here. He also issued the stark warning on what would happen to all Armenians that stayed behind. They would be slaughtered. Great Grandmother went to a tent meeting, where they were reading the prophecy. She came home and told great grandfather that we had to leave. He went on ahead, and got a job in Cleveland and sent back gold coins to support the family, then bought steam ship tickets for family in 1913. People said we were fools and the prophecy was nonsense. A few years after we got here, we got the sad news that everyone that stayed behind was dead.

Riddle me this...why visitedbythem do people keep assuming you and I, specifically, are women? Another poster below referred to you as a woman, and of course there is 'she who shall not be named' who thought us both middle aged women. What gives?

The pictures of our grand daughters?

Im a steelworker, and pretty tough, but balanced. I enjoy cooking and singing. I also like wrenching on engines, dirtbike riding, antique motorcycles, fishing and backpacking. I probably refer more to cooking and singing, maybe as a cover.

There are people on here that know me though. We are friends on Face book and have spoken on the phone.

Unfortunate indeed. Middle-aged woman would've been a great cover for a steel worker.